India is unlikely to see any significant disruptions due to a large-scale lockdown like Europe, as it can no longer afford it, says Vikas Dawra, Joint MD & CEO, Investment Banking, Yes Securities.

Vikas Dawra, the Joint MD & CEO, Investment Banking, Yes Securities, sees Samvat 2077 as the year when high-disruption businesses will come of age and along with technology provide direction to the global growth over the next decade.

Coronavirus remains a threat to health as well as the economy but a recovery is underway, helped by the government’s incentives, pent-up demand and the “never say die” spirit of Indian entrepreneurs, he says.

In an interview of Moneycontrol’s Sunil Shankar Matkar, Dawra picks BFSI, IoT-enabled businesses and core infrastructure as the sectors that will see a growth in investment over the next three years. Edited excerpts:

Q: Data points indicate that the economy is on a recovery path. What is your reading and how do you see the economy shaping up by the end of Samvat 2077?

Irrespective of the lifting of restrictions and the general reduction in anxiety among the populace, COVID remains a serious threat to health and economic activity. The situation in certain parts of the country, especially numbers reported from Delhi, is worrisome. However, at the same time, the initial panic has abated and governments and industries are making smarter decisions with a better understanding of the pandemic. COVID will remain a part of the lexicon this entire Samvat 2077. However, economic recovery is very likely already underway helped by GoI incentives, pent-up demand and the “never say die” spirit of the Indian entrepreneur. 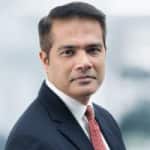 We are unlikely to see any significant disruptions due to large-scale lockdown like Europe is witnessing, as we can no longer afford it.

Given the stable outlook, manufacturing activity is recovering as workers return and industries reopen. We are also seeing some broad-based demand recovery, especially in semi-urban and rural India. However, given the mixed economic data, any verdict on growth recovery is difficult. Is this growth trend secular or due to stimulus and pent-up demand as seen in the case of short-lived passenger vehicle sales growth in September? Difficult to gauge at this point in time.

At the same time, keep in mind that GDP contracted around 24 percent YoY in the June quarter of 2020 and 9 percent in the third quarter. Technically, we are in a recession, the first time in history. In September, imports contracted by 20 percent YoY. These are massive hits to the economy.

Recovery, as and when it happens, will be uneven. As you can already see, manufacturing activity hit a 10-year high in October but the services sector lags. Dramatic changes in consumer behaviour are impacting MSME businesses negatively, with organised segment cashing in on the demand for now.

In my opinion, Samvat 2077 is likely to be a year of getting back on our feet and dusting off the impact of the pandemic. The damage to corporate balance sheets is still unclear and there is as yet not enough equity or debt capital available to the industry for a quick recovery. Return of investor-lender confidence is the key to recovery. Overall, I expect a muted year and growth, if any, will anyways look attractive only due to a lower base.

Q: The FII inflow has been strong in the last few months after the easing of COVID-19 crisis. Do you expect it to continue in Samvat 2077?

Absolutely yes. FII inflow has been on expected lines. Global liquidity had to find its way to India and it did. Change in geopolitical equations especially vis-a-vis the US-China relationship will further enhance India’s position as a preferred investment destination. Though we will not be able to leverage this to the full due to very competitive offerings from smaller SE Asian countries which are very hungry for FDI.

The FII flow will continue with ebbs and overseas money will find India attractive over many years to come. Any global dislocation will surely temporarily disrupt this flow but eventually, it will re-start.

I am very confident that Indian businesses are on the path to becoming more transparent, better governed, better regulated and more in touch with investors. What is still lacking is a global scale and vision. Hopefully, we will one day see Indian entrepreneurs creating businesses to serve global markets and not just India.

Q: What are your views on the investment banking scenario in the Samvat 2077?

COVID has triggered serious threats of disruption for businesses. Business owners have taken steps to firstly ensure survival. This has resulted in fundraise across industries, sometimes at compromised valuation levels. Private equity funds, which were earlier focussed on portfolio companies, are now busy evaluating new opportunities that have opened up. M&As remain subdued except some consolidation plays and distress transactions. Businesses are prioritising cash for survival and security with a continuing uncertainty about how the pandemic will finally play out. M&A will, therefore, be a lower priority for some more time. Even on the capital flow side, banks are insisting on tighter leverage covenants, making debt availability for acquisitions tough. We expect public issues to continue, given a lot of FII liquidity in the market.

Q: Which are the top three sectors that will witness growth in investments in the coming year?

BFSI, IOT-enabled businesses, including fintech, delivery, online commerce, edtech, and core infrastructure will see continuous investments over the next two-three years at least. As the economy returns to normal, lenders will gird up to resume lending to core sectors. Various incentives announced by GoI will likely kickstart activity in core infra and real estate.

IoT is transforming India and Indian entrepreneurs are taking to IoT start-ups in unprecedented numbers. There are quite a few venture capital and venture debt funds which are plugged into the ecosystem and are making the right calls to back winning business models. As the Indian IOT start-up comes of age, we can expect to see continued deployment of risk capital.

Q: With Democratic Party’s Joe Biden set to be the next US president, do you think risks like the global trade war and some geopolitical tensions will ease in Samvat 2077?

The Biden administration will most likely prioritise rebuilding of relationships with traditional allies like Canada, Australia, Japan and EU, with neighbours in LatAm and tone down the rhetoric with traditional rivals like Russia, China and Iran. The outreach to India will continue if not strengthened. This will very likely bring down global political temperatures. However, I do not expect any slowdown in undercurrents of tensions with China, which the US seems determined to keep in check. We can expect continuing friction between the US and China on the economic and political front in some form and fashion. One area of worry is some rogue regime trying to test the determination and temperament of the new president who is perceived to be far more benign than the predecessor.

Q: What could be the quantum of a rate cut from the RBI in Samvat 2077? Will the RBI change its accommodative stance?

CPI inflation has been high at 6-7 percent, core inflation is 4 percent and may go up. With the lowering of inflation by next year, we cannot rule out a further 25 or more bps cut.

Q: What are key global risks and triggers for the economy and markets in Samvat 2077?

The government transition in the US means that we can expect some significant developments, including perhaps a tax increase and some form of restrictions on conventional energy in the US. This could trigger short-term volatility, which will surely hit Indian shores as well. On the positive side, however, we see climate change and related investments picking up a strong pace, with the US likely to re-enter global climate pacts. As I already mentioned, some regimes may create issues to test the commitment of the new government, triggering global tensions.

Apart from this, of course, COVID vaccine efficacy will be closely monitored. Even if vaccinating the entire world takes two-three years, we can expect a relief rally if the vaccine works. Continued incremental economic recovery, the return of investor-lender confidence, government-supported basic infra investments will all be positives.

Overall, Samvat 2077 will see the emergence of high tech, high disruption businesses maturing and will likely provide direction for the global economic growth over the next decade or so.

Q: What more do you expect in terms of stimulus from the government?

The FM has indicated a willingness to offer further stimulus. The pandemic-induced economic stress and its human toll is still unfolding. It is a developing situation, so we should fully expect the government to respond appropriately. However, we are an emerging economy and can only afford a limited amount of stimulus. The government will likely try and give fiscal and non-fiscal stimulus such that those actions have a multiplier effect.

On the vaccine front, we need to manage our own expectations. A suitable vaccine, which is effective, easily manufactured and distributed, will take at least a year more to emerge and be universally acceptable. It will take another two-three years to vaccinate large populations. This is not to say that normalcy will not return till the last person is vaccinated, we should see a lot of normalcy by the later part of next calendar year by when expectedly medical SOP and herd immunity would kick in.

Disclaimer: The views and investment tips expressed by experts on Moneycontrol.com are their own and not those of the website or its management. Moneycontrol.com advises users to check with certified experts before taking any investment decisions.
Sunil Shankar Matkar
TAGS: #MARKET OUTLOOK #Nifty #Sensex
first published: Nov 24, 2020 12:03 pm