Hemant Kanawala feels because of economic reforms announced by the government and attractive valuation relative to other emerging markets, India has seen disproportionately large FII flows since April this year.

He believes that stimulus in developed markets will continue in 2021, which will support FII flows into emerging markets and India.

The Head of Equity at Kotak Mahindra Life Insurance Co. Ltd feels some of the cost initiatives, like travel cost, taken by the companies look sustainable and keep operating margins above normal levels. Hence, combination of acceleration in revenue growth and better margins will result in robust earnings growth in FY22, he said. 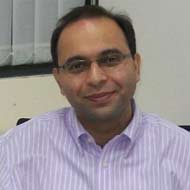 Q: Economic data points indicated that the economy is on the recovery path. What is your reading on the same and what do you expect the economic growth by end of Samvat 2077?

Since the announcement of lockdown in April, the government has announced number of measures to save lives and support livelihood. The number of COVID-19 infection cases as well as case fatality rate have come down since September. This has given the government confidence to continue with its drive to unlock the economy.

The government has also announced reforms in agriculture and labour and announced schemes to incentivise manufacturing in India. YoY growth has been observed in lead indicators like automobile sales, electricity and fuel consumption and GST collection, which indicates normalisation of activity in large part of the economy.

Most of the segments of the economy are expected to start functioning from the current quarter, which should enable it to have flat YoY growth during this period. As we move forward, due to favourable base effect, growth should accelerate. The economy should register around 8 percent growth by end of Samvat 2077, which may normalise to around 6 percent in period after as the favourable base effect fades away.

Q: FII inflow has been strong in last few months after easing COVID-19 crisis. Do you expect the FII flow to continue in Samvat 2077 and why?

In response to economic slowdown on account of COVID-19 infection, governments and central banks of developed countries announced large stimulus amounting to $21 trillion. As large part of this was done by USA, the US dollar has been weakening since April.

This has led to flow of capital from USA to emerging markets. Because of economic reforms announced by the government and attractive valuation relative to other emerging markets, India has seen disproportionately large FII flows since April this year. We believe that stimulus in developed markets will continue in 2021, which will support FII flows into emerging markets and India.

Q: With the winning of Democratic Party’s Joe Biden, do you think risks like global trade war and some geopolitical tensions will ease in Samvat 2077?

As per stated agenda of Democratic Party and Joe Biden, USA is likely to play more active role in international politics and promote democracy, which may alter the current geopolitical equilibrium. USA may soften its stance on global trade war but USA and China are locked in war for the technology leadership, which may be difficult for any party in USA to withdraw from. Hence, we may see softening of USA stance on some issues but new challenges will emerge with time. However, more clarity on this will emerge once Joe Biden assumes the office and makes official statement about his foreign policies.

Q: Do you really feel the FY22 earnings would be robust on the back of better-than-expected September quarter earnings, and why?

The economy has normalised and we are expecting it to start growing from the current quarter. Large companies have gained market share in the current situation because of their ability to manage the environment better in terms of safety of employees, customers & other stakeholders and access to capital. Also, some of the cost initiatives, like travel cost, taken by the companies look sustainable and keep operating margins above normal levels. Hence, combination of acceleration in revenue growth and better margins will result in robust earnings growth in FY22. Key risk to this will be credit cost for banks, which needs to be monitored closely.

Investors tend to look at sectors which offer comfort on both valuation and earnings growth. At the start of pandemic, earnings outlook for export oriented sectors like Pharma and IT was better as the global economy was stabilising faster than India. However, as the Indian economy opened up from September, growth outlook for banks and other domestic sectors have improved. Going forward, we believe that earnings growth in FY22 will be more balanced with all the major sectors contributing to it and hence rally will be more broad-based.

Q: What are more things you expect in terms of stimulus from the government as the economy started improving and there is a progress on the vaccine front?

As part of its Atmanirbhar Bharat policy, the government has been focussing on increasing manufacturing activity in India and improving the income of farmers. They have already announced a number of measures like production-linked incentive schemes and economic reforms in labour and agriculture sector. Looking at the success of initial announcements, more can be expected in this direction. Focus of the government has been to announce measures which bring structural improvement in the economy and not on creating short term demand stimulus. RBI is also expected to support the government in reviving the growth by providing sufficient liquidity in the system.

Q: The market gained around 10 percent in Samvat 2076. Will the market give double digit return in Samvat 2077 and what are key driving factors for those gains?

Market returns are function of two variables i.e. earnings growth and valuation rerating. Due to favourable liquidity conditions, investors have been generous with the valuation as they believe in earnings recovery going forward. Nifty trailing P/B is around 3.6, which is close to its long term average of 3.5. Hence, for market to deliver strong return from here onwards, it is imperative that earnings should not disappoint as scope for valuation rerating on sustainable basis looks limited.