Nykaa is one of the most unique startups to be hitting the public markets in India. These charts explain why Nykaa plans to raise around Rs 4000 crore via the IPO, most of which will be paid to existing investors selling their stakes Nykaa has been one of the only profitable unicorns going public Nykaa's omni-channel strategy has been adopted by a number of newer consumer brands, which were earlier online-only 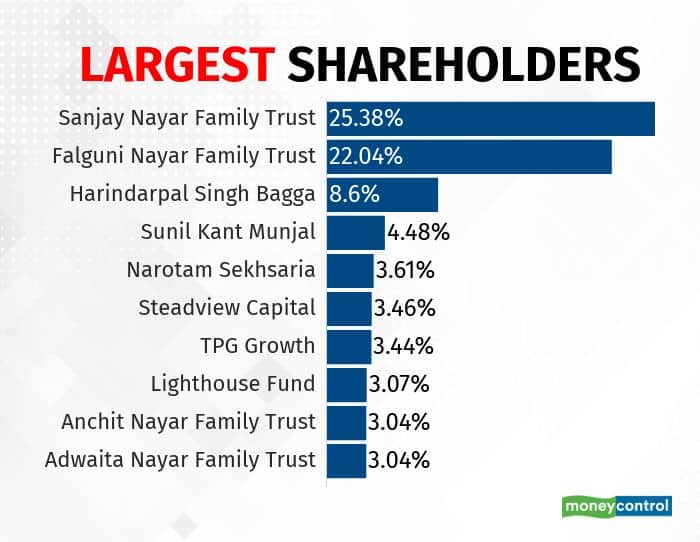 Nykaa is one of India's only new-age firms where even after a billion dollar valuation, its promoter group owns more than half the company