GNA Axles IPO opens: Should you subscribe or avoid?

GNA Axles, the rear axle shafts manufacturer, opened its 63 lakh shares' public issue for subscription with a price band of Rs 205-207 per share. It aims to raise maximum Rs 130 crore through IPO that will close on September 16. 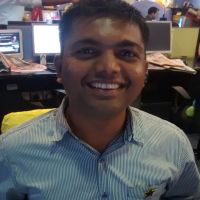 Check out what the brokerage houses say about the issue:

Moreover, the commercial vehicle sales are expected to grow over the next five years on improvement in industrial activity and the government's focus on infrastructure project execution.

Implementation of GST and good monsoons will also support the company's growth going ahead.

Concerns according to the brokerage house are weakness in global market and high sensitivity to currency movement as GNA's exports accounted for around 54 percent for FY16 revenue.

Given the improving export share, revival in domestic demand and implementation of BS norms, it advises investors to subscribe the IPO and remain invested in GNA's long term story.

At the upper end of the price band of Rs 207, the IPO is cheaply valued, said Ajcon Global which recommends subscribing the issue.

The company has witnessed a topline CAGR of 13 percent over the period FY13-16. In the same period, EBITDA has registered a decent CAGR of 23 percent to Rs 82.8 crore in FY16. PAT has seen impressive CAGR of 75 percent over FY13-16.

Established in 1993, the company is engaged in manufacturing and supplying a diverse range of rear axle shafts, other shafts and spindles for the on-highway segment (commercial vehicles and other transport vehicles) and the off-highway segment (agricultural tractors and machinery, forestry and construction equipments etc).

Its customers primarily include original equipment manufacturers such as Mahindra & Mahindra, John Deere, Tractors and Farm Equipment, and tier-1 suppliers to OEMs such as Automotive Axles, Meritor HVS AB and Dana.

The company has two manufacturing facilities both located in Punjab with a total annual capacity of 2.30 million rear axle shafts, 0.4 million other shafts and 0.3 million spindles.

On the valuation front, Nirmal Bang believes the issue is reasonably priced in comparison to its peers. It recommends subscribing to the issue for listing as well as long term gains.

GNA has consistently maintained its profitability and robust margin profile, due to strong operations and focus on profitable customers, said Emkay, which believes high dependence on commercial vehicle segment, lack of product diversification and recent slowdown in North American class 8 market (around 46 percent of export market) would be major concerns for earnings.

It also believes future valuation upgrades will be dependent on balance sheet, cash flow and quality of earnings improvement.

GNA Axles stands to gain from operating leverage and also rise in the on highway side and off highway side business, GEPL feels.

At a P/E of 12.1x, it believes that GNA is at a discount to its domestic peers. It assigns a subscribe rating to the IPO.

ICICIdirect believes GNA has a decent business model (strong customer base & diversified revenue) and financial performance. However, it believes the company is fairly valued at the IPO price.

"The issue looks fairly valued against its competitor. We have "2 star" rating for the issue," Arihant says.

High dependence on certain clients and currency exchange rate fluctuations as exports generate about 55 percent of the revenue could have an adverse effect, it feels.