Century on debut: No other IPO comes anywhere close to D-Mart's 102% listing gain

Apart from listing of small cap company Max Alert Systems (issue size of Rs 8 crore), D-Mart is only one that has listed at a premium of over 100 percent.

The other IPO which also received huge responses were Happiest Minds Technologies and Chemcon Speciality Chemicals, which was subscribed 150.98 times and 149.3 times respectively. Interestingly, both these stocks have seen bumper listing gained over 100 percent. Let's see how the IPO subscription and listing happened in 2020 so far, considered only IPOs issue size over Rs 100 crore.

This is a record opening for an IPO of Avenue's size--Rs 1870 crore-with no other IPO of a similar size coming anywhere close.

Max Alert Systems  is the only other IPO to have given a 100 percent return on listing. However, the gains are not strictly comparable given that Max's issue size was just Rs 8 crore. 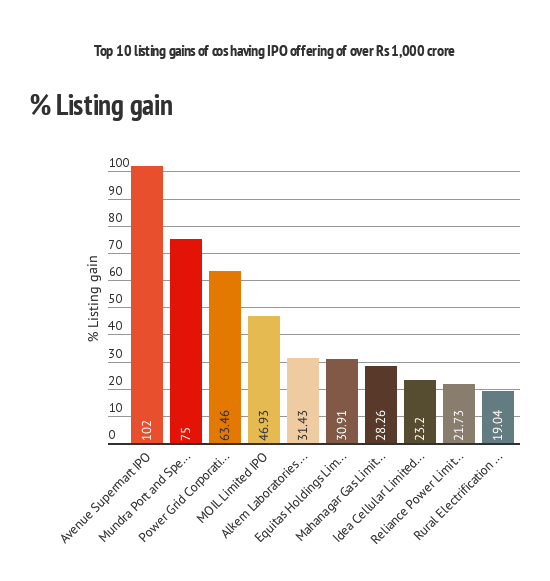 The Rs 1,870 crore Avenue Supermart issue received aggressive bids by retail and institutional investors alike and was oversubscribed 104 times and at the end of its three day bidding.

Backed by legendary investor Radhakishan Damani, the chain of retail stores has outperformed most peers by quite some margin.

D-Mart has chain of around 120 retail stores, with most of them being in Maharashtra and Karnataka. For the first nine months of FY17 the company's revenues from operations stood at Rs 8,780 crore while its profits for the same period were Rs 387 crore.