Director-screenwriter Ruchi Narain, best known for her films Hazaaron Khwaishein Aisi (2003), Calcutta Mail (2003) and KAL - Yesterday and Tomorrow (2005), is back with her latest Neflix film Guilty (2020) about a rape accusation on a Delhi University college campus in the time of #MeToo.

In an in-depth interview, Ruchi talks to eShe about the gender bias in Bollywood, women as the keepers of patriarchy, and how Indian cinema has evolved over the years in terms of female representation. 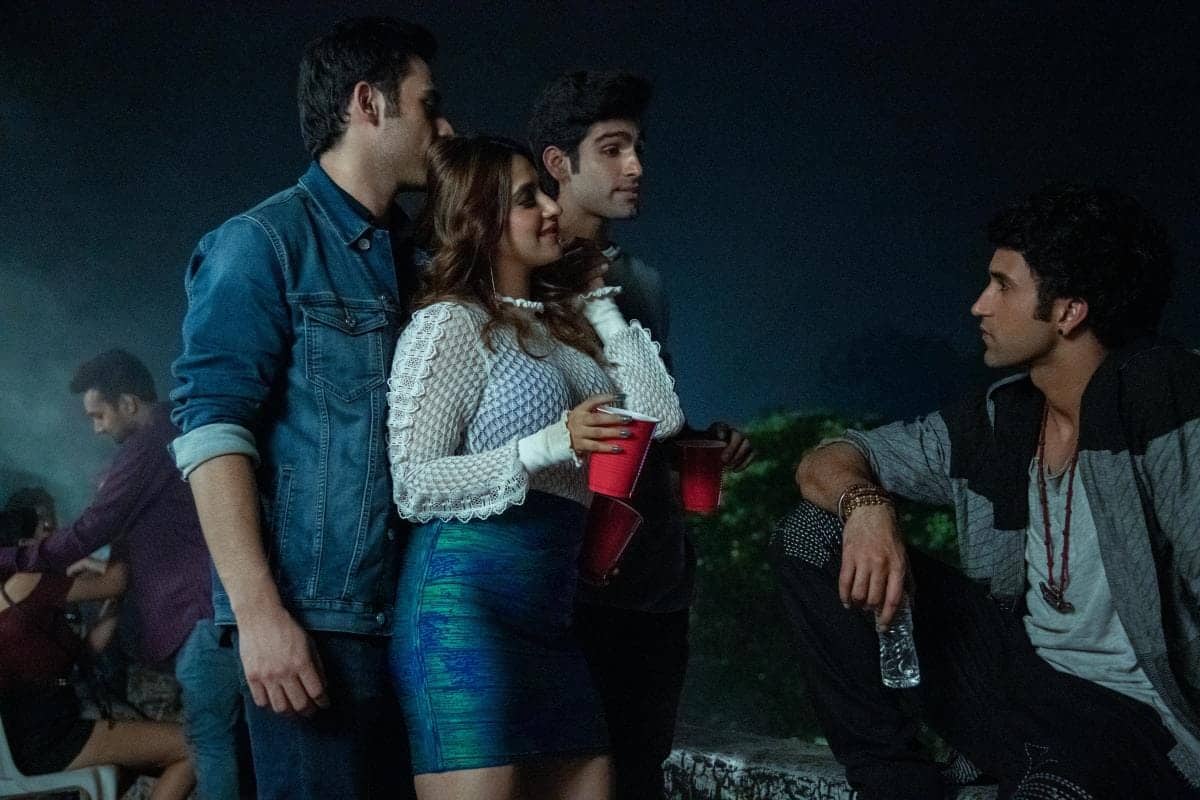 Guilty deals with a case of #MeToo set in a college scenario during the time of social media, and talks about several parallel themes such as patriarchy and class divide. What triggered you to write and direct this film, and what is the response you have received?

Guilty was very much a film I wanted to make, as I had reached a breaking point in my personal experience with misogyny and patriarchy in my professional life. Despite having won a Filmfare Award and other acclaim for Hazaaron Khwaishein Aisi, and appreciation for Kal, I just couldn't cast my next film. Karan Johar told me that the only possible reason was that the male stars didn't want to work with me because I was a woman. Something snapped inside me. I told Karan the next day that I wanted to write a new film that took on patriarchy! This was in 2012.

Though it is mainly about gender disparity, one cannot talk about patriarchy without touching on all the injustices it breeds, including class and caste divide. It is about denial of equal opportunity. I'm overwhelmed at the moment at the response Guilty is getting. Thanks to the reach of Netflix, it is really travelling. I always knew women would connect to it, but the number of men who are responding to it really makes me very optimistic about our future!

Do you think gender bias and sexism of this kind [in the context of male stars unwilling to work with you] is still rampant in the industry, or is it changing slowly?

Yes, it exists. There is a lack of 'trust' people have in taking instructions or giving money to women unless they have a very strong male counterpart or support. Though the percentage of woman-driven films that do well at the box office is very respectable, market forces are always cited as an excuse. The entry of OTT platforms has changed that and you will see its effects very rapidly in the next couple of years.

You said somewhere that women are equally responsible for the existing rape culture and patriarchal setup of our society. How do you think women should change this for the better?

Society is made equally of men and women, so of course they play a part. Just like the British ruled over us and used Indians to police Indians, many women are the keepers of patriarchy. It is a result of conditioning and deep denial. I think the only step we all need to take individually and as a society is to start calling a spade a spade – on both sides. Most people don't want to spend their lives as activists. They just want to get on with life, work, family, friends and fun! So, we let things pass... just to be able to 'get on with life'. But we will have to start shaking things up if we want to live life to our full potential.

What do you feel about the delayed hanging of the rapists of the Nirbhaya case?

I feel there is a lot more work that needs to be done if one really wants to ‘root out’ this ‘rape culture’. It is not an easy fix and it means we have to start by looking in the mirror and speaking out truthfully to the men in our lives.

Who are some of the contemporary women filmmakers you admire?

So many. Mira Nair, Zoya Akhtar, Alankrita Shrivastava, Farah Khan, Shonali Bose, Gauri Shinde... I could go on, and that's just in India... Katherine Bigelow, Nora Ephron (RIP), Phoebe Waller-Bridge...  and there are new names being added to that list every day!

How did your childhood growing up in the Middle East influence your present career in the film industry and your perspective on gender issues?

There was no movie-going culture where I grew up, so I do feel there is a lack of cinematic referencing in my work. My stories, characters, performances, even aesthetics are all borrowed from my real-life experiences and encounters. That’s why complexity and nuance interest me. I've never been able to relate to simple or straight narratives.

I grew up in a very conservative environment where it was an accepted fact of life that the rules were different for girls. So when I started working in films in India, where by constitutional law men and women are considered equal, I got a rude shock. It was different rules for girls here as well, only it was disguised. For many years, I was the only girl on set. In fact, when I went to get a job as an assistant director, I was offered the costume department – because I was a girl!

Honestly, not a day goes by, even now, when there is not something offensive that happens or is said, which would never be the case with a man in the same position. I try to limit myself to taking only one panga a day so I don't fight every single slight. It’s time consuming and energy sapping.

In the very brilliant Hazaaron Khwaishein Aisi, your female lead was a woman with agency, who took her own life decisions even if they were difficult. From then till now, how has Indian cinema developed in terms of female representation?

Just by virtue of the number of women writing, producing and directing, there has been a marked improvement and it will continue to get better as our voices get heard. 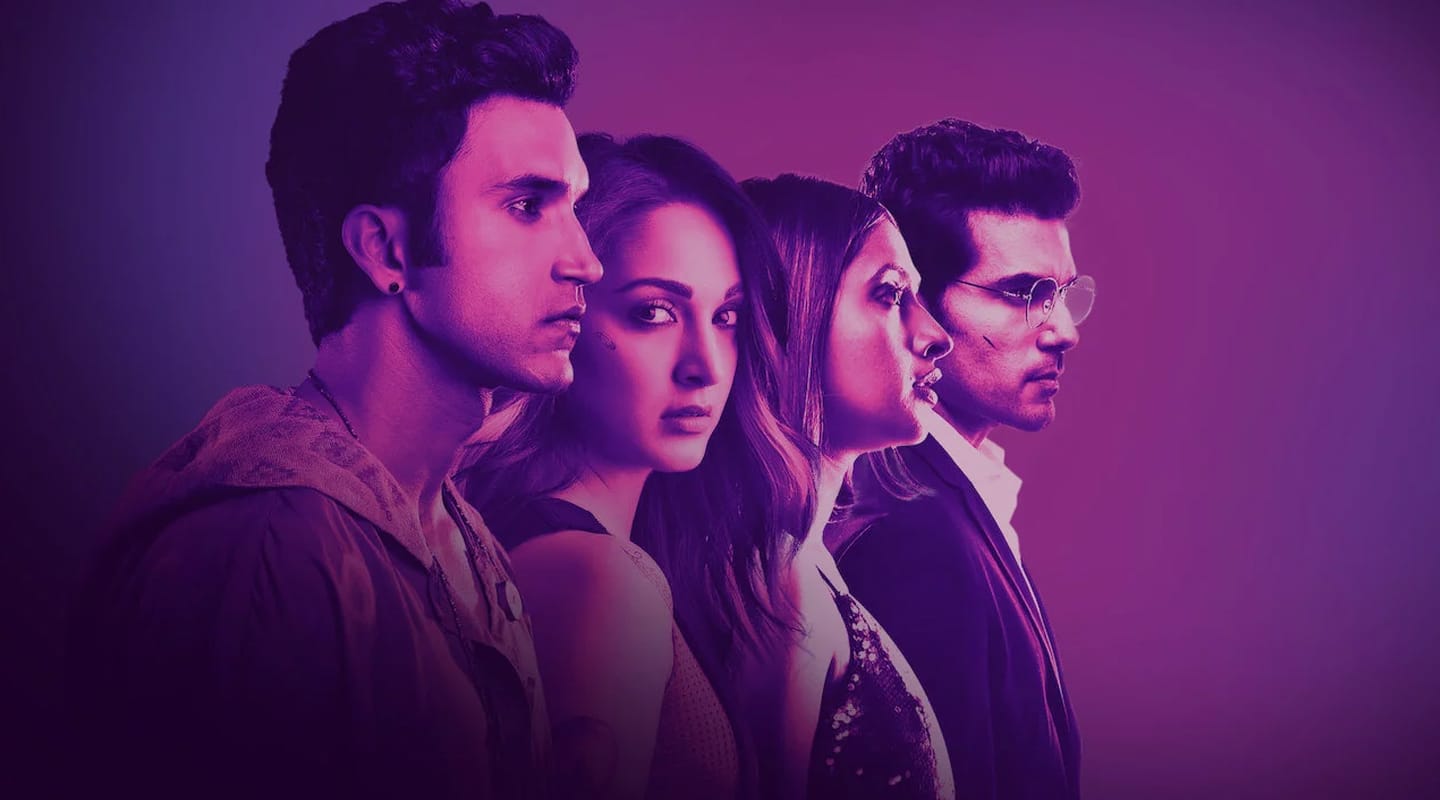 During the writing of Hazaaron Khwahishein Aisi, I would always hear “she's a girl, she will be able to write Geeta”. I was mystified by this mentality because it was as if ‘Geeta’ or any woman was an alien, instead of just another human being / character with hopes, dreams and feelings, and the urge to DO something, just like men! But I realised quickly that the conditioning at the time was so strong, even otherwise ‘liberal’ minded men were very biased against women.

What are your thoughts on the digital age in filmmaking and the advent of streaming services? What direction do you think filmmaking will go from here? Are filmmakers freer to pursue their highest vision or do commercial concerns still dictate your decisions as in mainstream cinema?

I think OTT will bring a tsunami of change to the filmscape in India in the next three years. Firstly, the availability of content on the same platform from across the world will instantly make Indian filmmakers pull up their aesthetic socks. Secondly, the creative freedom OTT offers against the commercial market-driven concerns of theatrical is liberating for filmmakers. There can be a marked difference in the quality of storytelling if makers choose to be brave.

And last but not least, OTT is story dependant, not connection dependent. We will end up hearing new voices of the makers and acting talent – and that will revitalise Indian cinema overall.