The Greater Noida-based car maker is working on new models of the City, Jazz and Amaze all of which will get launched in the next 12-36 months. Further the Honda Civic, a premium sedan, will make a comeback to the Indian market after a five year hiatus.

Honda Cars India, the country’s fourth largest car maker, will majorly overhaul its product line-up by 2020 to fend off competition from Maruti Suzuki and Hyundai, both of whom are entering Honda’s premium turf.

The Greater Noida-based car maker is working on new models of the City, Jazz and Amaze all of which will get launched in the next 12-36 months. Further, the Honda Civic, a premium sedan, will make a comeback to the Indian market after a five-year hiatus.

Honda has realigned plans for the Indian market as per which it will continue to focus on the premium segment that includes executive sedans and premium hatchbacks as against its earlier plans of becoming a mass market manufacturer. 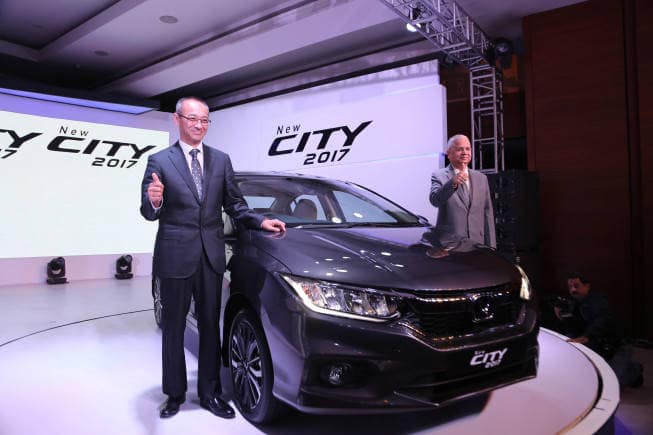 “The all-new City and Jazz have been in the works since 2015. The City has been the flagship of Honda despite other significant product introductions by the company in other segments. This new City and Jazz will get launched in India in 2020,” said an industry source.

City remains the largest-selling model for the Japanese brand in India with an average monthly volume of 4,800 units last year. Only the Ciaz is the ahead of the City in volumes at an average of 5,400 units a month.

While Mobilio’s production is stopped and the company has no plans on continuing with the model, sources add that the Brio may also be on its way out owing to poor volumes and low popularity among buyers.

“Globally, there is the new Brio coming in. But Honda will most likely not bring it here. However, the new Amaze, which uses Brio’s platform will replace the existing Amaze when it gets launched in the next 12 months”, said an industry source. During the last financial year Brio managed to generate average sales of just 500 units a month a far cry from the average monthly volumes of 13,900 units clocked by the Swift, according to data collected by the Society of Indian Automobile Manufacturers.

The Mobilio, which too is based on the Brio platform, was tailor-made for markets like India. Built at Honda’s R&D center in Bangkok the seven-seater, people carrier was launched in 2014 in India at Rs 6.49 lakh.

Its volumes, however, have been in a sorry state. In the ten months period of April-January the model managed average monthly volumes of just 214 units compared to an average of 5200 units clocked by the Ertiga.

In January, Honda launched an updated Mobilio in Indonesia. However, HCIL’s President and CEO Yoichiro Ueno said that costs for meeting new vehicle safety regulations set for introduction in India later this year is prohibitive for the launch of the Mobilio here.