In an analyst call, Johnson had cited SEBI's tight guidelines as the reason for winding off of six mutual fund schemes in India.

Franklin Templeton has issued a clarification on chief executive Jennifer Johnson's comments, which appeared to cite tight market norms in India as the reason for its closure of six schemes.

Johnson had, in an analyst call, cited market regulator Securities and Exchange Board of India's (SEBI) tight guidelines as the reason for winding up of six mutual fund schemes in India.

Franklin Templeton said these comments were taken out of context by media organisations.

"We deeply regret any unintended slight this may have caused to the esteemed office of SEBI whom we have always held in the highest regard and unconditionally apologise for the same," Franklin Templeton said in a statement.

Franklin Templeton reiterated that the COVID-19 pandemic and the consequent lockdown was the primary reason for the closure of the schemes.

SEBI's rules limiting investment in unlisted instruments had triggered the wind up of the six schemes, Johnson had said in the call.

Franklin Templeton said the comment was made to provide background on Indian markets.

SEBI on May 7 had reacted to Johnson's comments, asking Franklin Templeton Mutual Fund to focus on returning money to its investors. 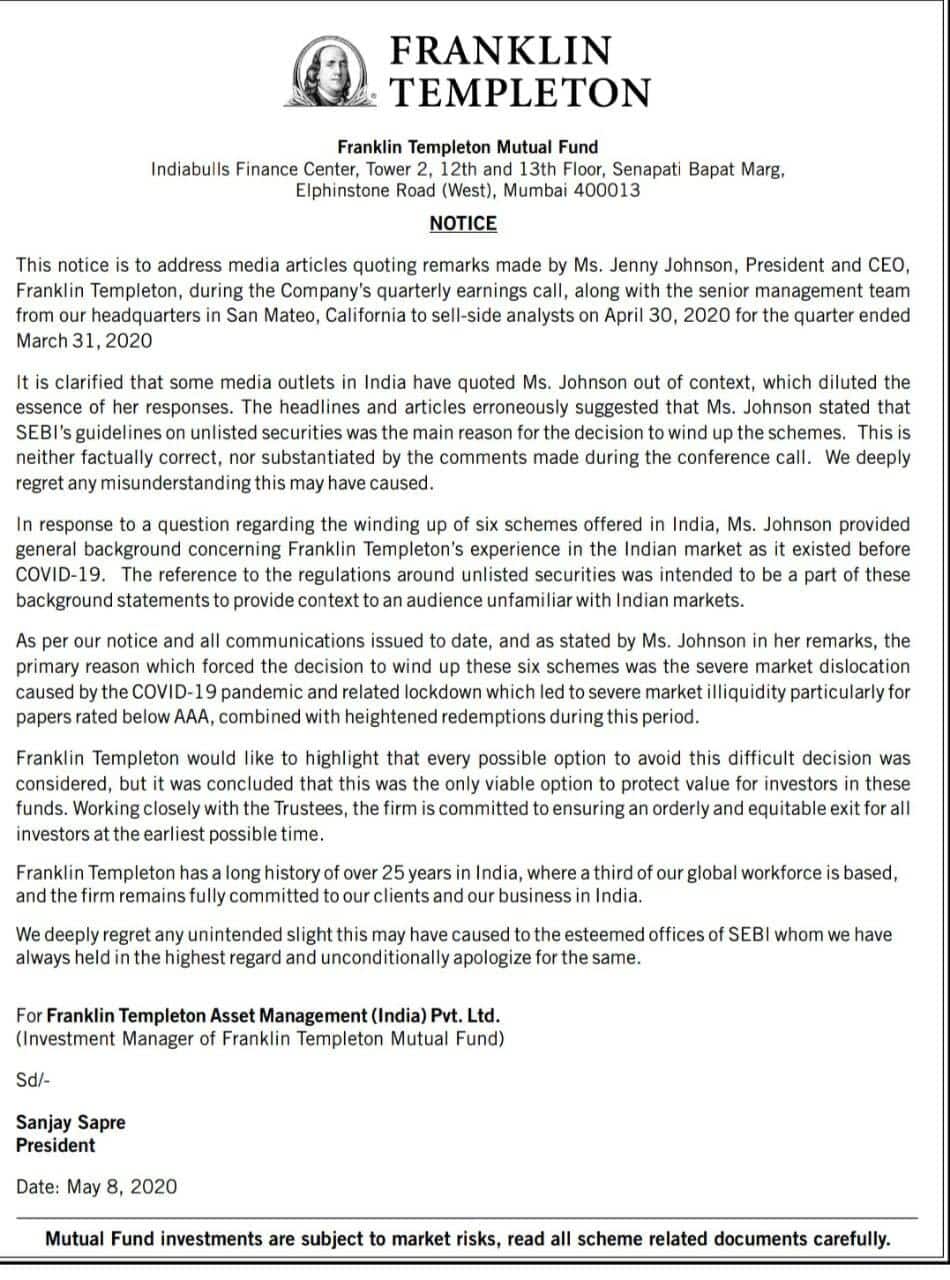 Follow all of our coverage on the Franklin Templeton India crisis here.