Factors to consider for NRIs planning to retire in India

Their decisions can have a significant impact on their financial well-being.

Rajesh was well settled in India. He had a wife, and a daughter who was completing her primary school education. He was in his early 40s.

At this stage of his career, with cash flows being abundant, he bought a couple of plots, intending to build a house on one of them and settle, while watching the other appreciate. With his recent memory of watching real estate prices only move up, he became convinced of this asset class as the most efficient investment. He took a mortgage to construct his dream home and started servicing the EMI, which was well within his current budget. Alongside, he continued accumulating financial assets, being overweight on bank fixed deposits.

Rajesh seemed confident of his financial circumstances and felt in control of his cash flows with the broad objective of achieving financial freedom by age 60. He took all primary goals into consideration to plan his cash flows such as daughter’s higher education, buying a car, vacations and care giving for his parents.

Then he got an opportunity from his current employer to work in the UK. The prospect of a richer life and higher savings got him interested and he decided to take up the offer. His motivation now was to retire early and return to India. Having spent four years now on a foreign land, his lifestyle expenses have barely let him generate any additional savings. Further, the increased compliance due to various regulations and tax reporting has made him over-cautious with his finances.

He works for a start-up now and aspires to enhance his lifestyle further. Specifically, he wishes to buy a prime property in the city he works and wants his daughter to take up higher education in the UK.

He still plans to return to India for retirement and continues assisting his parents.

What has changed, however, is his confidence of achieving early retirement and the desired financial freedom. Amidst the increasing lifestyle expenses, he has become anxious about being able to amass enough funds for retirement and other goals. This is when he got in touch with us.

The factors (many of which he himself hadn’t thought about) which we highlighted were:

A majority of his assets being in Real Estate, can catch him unprepared when the market cycle goes against his expectations. This may give him significant discomfort.

He was comfortable with selling his financial assets to acquire property. His familiarity bias with real estate made him ignore the benefits of financial assets. This was causing a liquidity mismatch in making a payment for his daughter’s fees in the future. Hence, it was suggested that he prioritise other critical goals in the short term and re-evaluate the viability of buying another property from his financial assets, given its liquidity concerns.

Since he plans to return to India, it becomes important for him to consolidate his assets abroad. At the same time, he needs to organise the Indian assets, movable and immovable, so they are easily and effectively managed. Holding assets that are easy to liquidate was recommended, instead of getting a retirement account or real estate overseas, which can become difficult to consolidate.

Since he has goals to be met in both the countries, it was suggested that he diversify into assets on the basis of the time of the goal due, and the amounts required. This helped him keep adequate discipline in investing the surplus and control the need to make ad-hoc transfers between the countries.

Presently, he is taxed on his global income and certain investments may not be very efficient. He needs to evaluate his financial decisions considering the prevailing tax structures applicable to him in both the countries. Further, he can gradually modify his allocations due to changing tax rules as the time of his return to India approaches closer.

Assets in India such as real estate and retirement account were easy to manage while he was in India. However, they have become cumbersome to monitor due to the lack of time and change in priorities. Changing regulatory landscape has only made matters more complex. It became important to work with a team that could assist in managing the investments and carry out the operational requirements seamlessly.

Involve spouse and get her well-versed with finances

This is never an intuitive decision. Having a contingency plan is important and necessary. As Rajesh is solely managing all his finances, it is important that his spouse is involved in all discussions. It is also important for her to understand the strategy and the decisions to be taken, if required.

Facing these situations is a common life scenario for NRIs, and their decisions can have a significant impact on their financial well-being.

(The writer is Managing Director and CEO of International Money Matters) 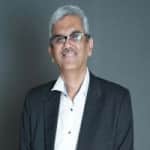