The world's most valued currency bitcoin on Wednesday cruised past USD 10,800 in the early trade. We explain the intricacies of the cryptocurrency in layman's terms

In simple words, cryptocurrencies like bitcoin are similar to the virtual ‘cash’ stored in online wallets — Ola Money, Paytm, Freecharge etc—you use for buying products or services through the internet.

The major difference is that the money stored in these wallets uses currency units recognised and backed by any government body, unlike cryptocurrencies which are decentralised.

In pics - Bubble or not! Facts you might not know about bitcoin rally

There are thousands of cryptocurrencies active today — almost all of them are same or similar in nature, primarily differing on the technology they use for encryption and hashing (creation generating a value or values from a string of text through a mathematical function). The most popular ones are Bitcoin, Ether, Bitcoin cash, Ripple among others. 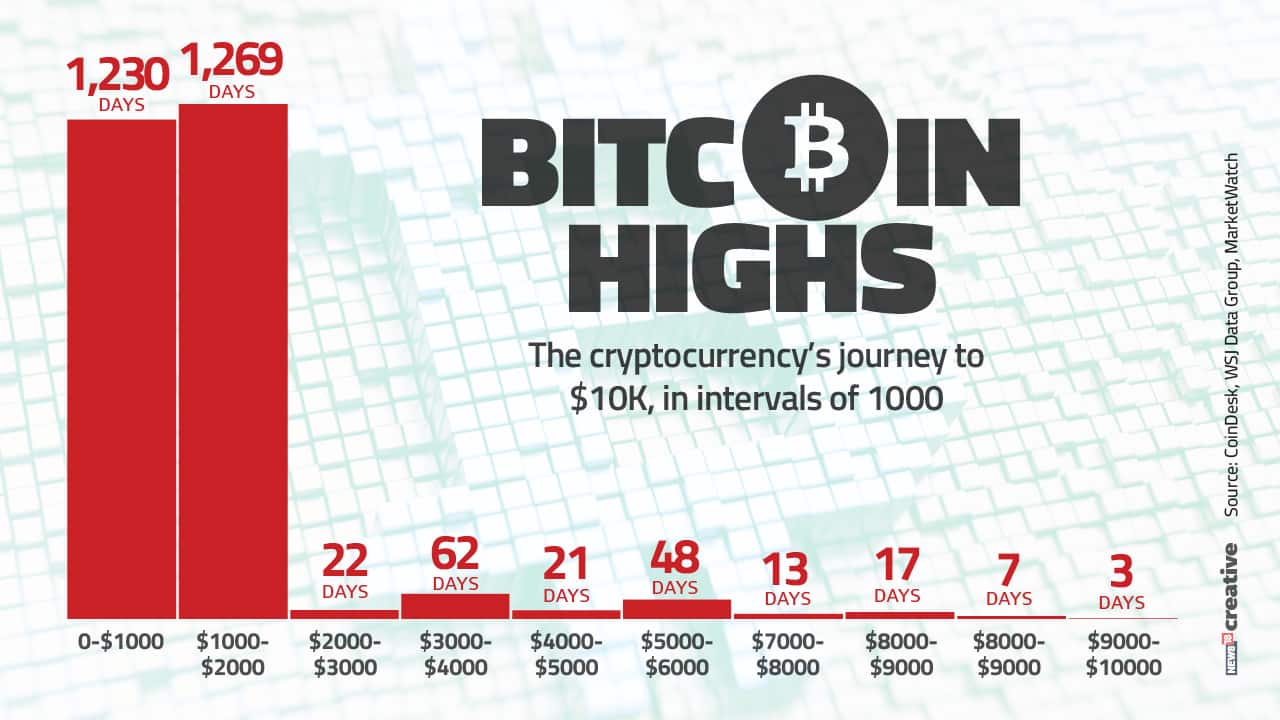 Bitcoin is the name of the oldest and most popular cryptocurrency network as well as the unit of currency generated by the same network. Except the fact that it is virtual (i.e. you cannot touch it as there is no physical form) and decentralised, bitcoin behaves very much like any real currency you know.

Bitcoin can be used to purchase products and as payment for services (subject to acceptance), can be an investment tool, traded on the market among other things. A commonly used shorthand for bitcoin is ‘BTC’ (much like INR, USD, etc.).

The bitcoin network and currency was introduced by an unknown person or group Satoshi Nakamoto in 2009. The currency was proposed as “a purely peer-to-peer version of electronic cash would allow online payments to be sent directly from one party to another without going through a financial institution”.

The popularity of bitcoin or any cryptocurrency for that matter is the anonymity and the secrecy it provides. Though the transaction data is public, the identity of parties involved in the transactions in never revealed. Thus, apart from being an option for making a payment anonymously, it also attracts money launderers and tax evaders.

How does bitcoin work? There are two keywords in order to understand how cryptocurrencies function — blocks and mining. Crudely speaking, miners are people who secure and control the network by verifying transactions. In reward they ‘mine’ bitcoins.

Whereas, a block is a bunch of transactions on the network. Every block contains a permanent and unmodifiable record of each transaction which is part of it, plus information about the previous block it is chained to. A block cannot be formed independently, it needs to be connected to a chain of blocks.

To validate, they do not need to enquire either of them. It is all done by the network in a complex mechanism which uses the power of miners’ computers. Essentially, by design, miners are trying to find one of many solutions to a mathematical problem related to the respective block. As the number of blocks in a blockchain increases, the difficulty of the mathematical problem also enhances. The chart shows relative difficulty level (base 1 for the first block) of the problems, over time. Source: Blockchain.info

Miners keep generating hashes — a string of random numbers — till someone reaches the solution. Every block needs a huge number of hashes to reach a solution, it’s all try and hit. Currently, 10,445,729.47 TH/s (1 TH= 1,000,000,000,000 hashes) are being generated by the miners. Once a solution is generated, it is verified by other miners in the block.

A new block is created only after a solution to the previous block is found. In similar fashion, a chain of blocks is created known as blockchain.

How many bitcoins are there in the world?

Bitcoins are generated following a strict mechanism. One can count the number of coins in existence at any point in time by multiplying the number of blocks times the coin value of a block. The coin value of a block follows a well-defined rule. Every 210,000 blocks, the value is halved (approx. every 4 years). The first block was of 50 BTC, the 210,001st was valued 25 BTC, and so on. As of now, the total number of coins in circulation is over 16.7 million BTC. The network is designed to add the supply of 21 million bitcoins. Current supply growth is 12.5 bitcoins per block (approximately every ten minutes) until mid-2020. Afterwards, it will be 6.25 bitcoins per block for 4 years until next halving. This halving continues until 2110–2140 when 21 million bitcoins will have been issued.