Explained: How low can the Fed's balance sheet go? Here's what officials will be watching

As the Federal Reserve gears up to cull its bond holdings sooner and faster than it has previously, officials say a new tool, combined with lessons from the past, should help smooth the process and avoid the market upheaval its earlier effort ultimately triggered.

As the Federal Reserve gears up to cull its bond holdings sooner and faster than it has previously, officials say a new tool, combined with lessons from the past, should help smooth the process and avoid the market upheaval its earlier effort ultimately triggered.

Still, Fed leaders will have to tread carefully as they figure out how much they can realistically shrink their roughly $9 trillion portfolio, and some analysts believe they will need to employ more aggressive measures than last time. It's a critical question facing the Fed as it looks to right-size its asset holdings, which roughly doubled in less than two years as it amassed Treasuries and mortgage-backed securities to help lower borrowing costs and cushion the economy and markets from the coronavirus pandemic.

With unemployment back to near pre-pandemic levels and inflation running very high, officials say the same amount of support is no longer needed. But it is unclear how small the balance sheet will get. As officials feel their way down to a smaller balance sheet, they will need to keep a close eye on markets, and the economy, to know if they've gone too far.

WHAT COULD GO WRONG?

The last time officials tried to reduce their bond holdings, from the end of 2017 to autumn 2019, they only managed to shrink the balance sheet by about 15% or so before they ran into trouble. That was because the level of reserves, or deposits that banks hold with the Fed, got too low, which led to a spike in short-term borrowing costs in September 2019.

Officials are more ambitious this time, with some eyeing a level below where it was before the global health crisis began in early 2020 - a reduction of greater than 50%. But some economists say it's not yet clear whether the Fed will be able to get that far, or if it can go even lower thanks to other central bank facilities now in place. 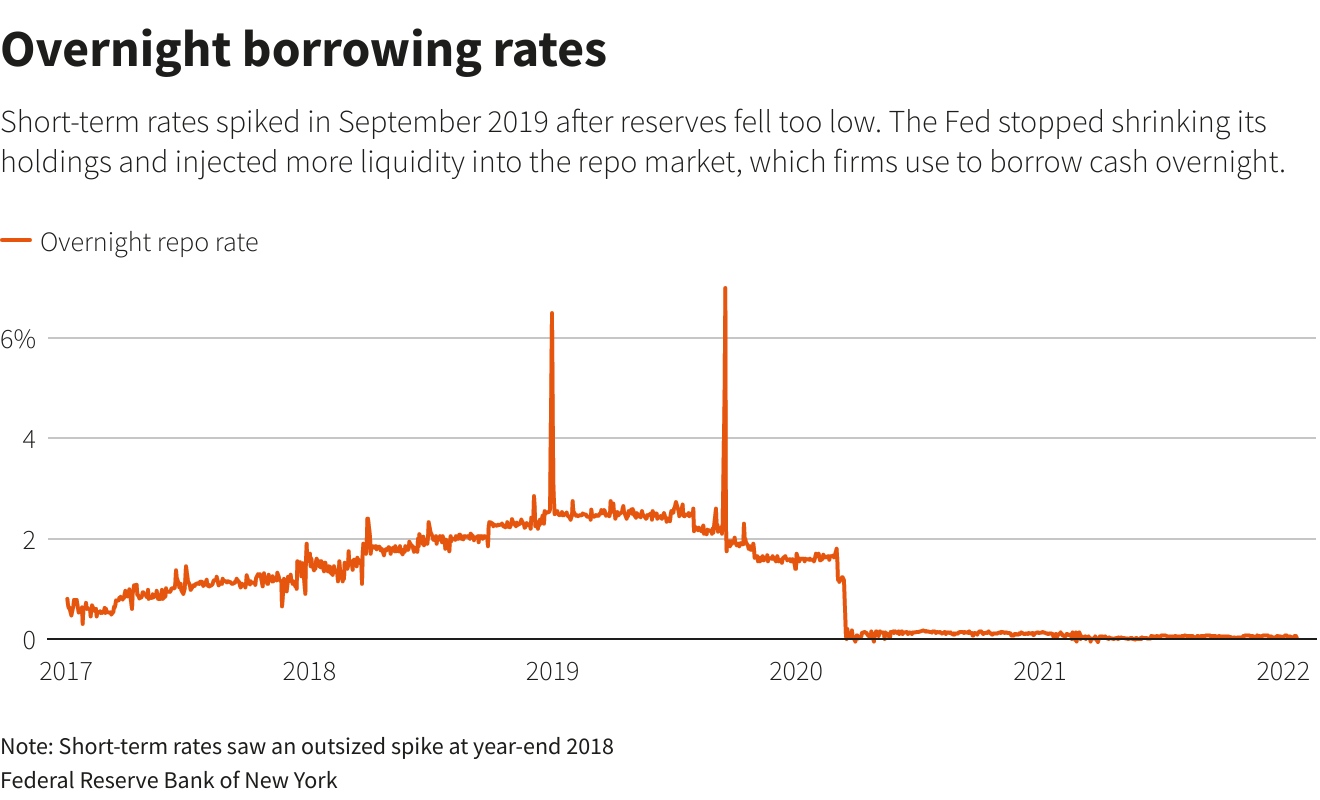 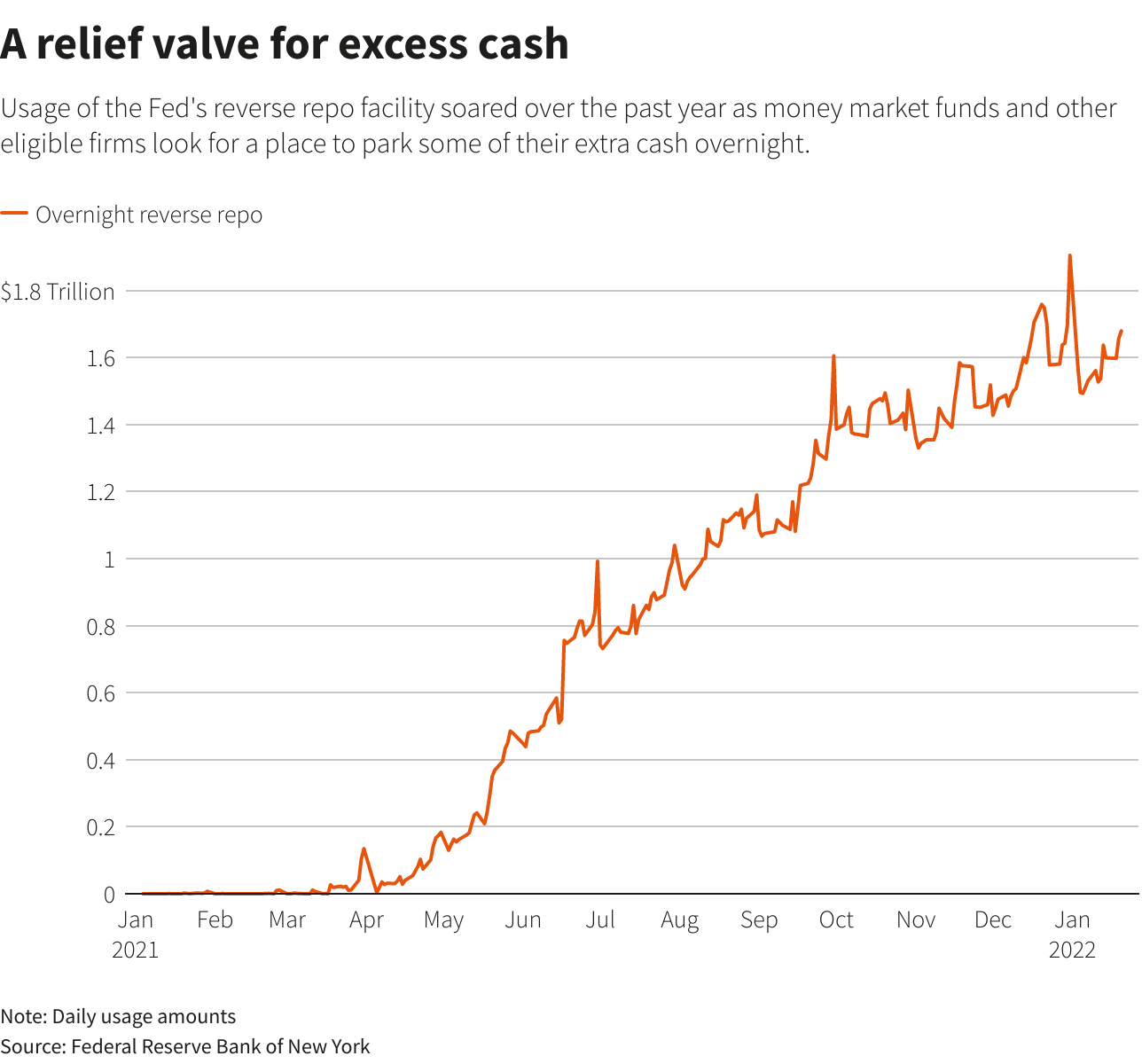 WILL THE FED HAVE TO SELL BONDS OUTRIGHT?

That's a big unknown, and while Fed officials have not ruled anything out, they've generally shied from discussion of actively selling assets rather than allowing the reduction to occur passively by letting bonds roll off the portfolio as they mature. It's not clear that the portfolio's maturity schedule will allow the Fed to shrink its holdings as fast as some would like, however.

Some analysts, like Zoltan Pozsar at Credit Suisse, argue that the Fed may be pressed into bond sales this time because of the size of the inflation threat, the run-up in risky assets during the Fed's quantitative easing phase and a flattening Treasury yield curve.

This time, "outright asset sales, if inflation, exuberance, or a curve inversion so dictate, are not at all unlikely," Pozsar wrote in a report.