Explained | How RBI’s G-SAP 1.0 is different from regular OMOs and its impact on Rupee

The plan is to enable a stable and orderly evolution of the yield curve amidst comfortable liquidity conditions.

The highlight of the RBI monetary policy on Wednesday was the Governor’s announcement of Rs one lakh crore Government Securities Acquisition programme or what is branded at G-SAP 1.0. Let’s take a closer look at the G-SAP 1.0.

What is G-SAP and how is it different from a regular bond purchase?

The RBI periodically purchase Government bonds from the market through Open Market Operations (OMOs). The G-SAP is in a way an OMO but there is an upfront commitment by the central bank to the markets that it will purchase bonds worth a specific amount. The idea is to give a comfort to the bond markets. In other words, G-SAP is an OMO with a ‘distinct character’—in Governor Das’ words.

What is target of this exercise?

The plan is to enable a stable and orderly evolution of the yield curve amidst comfortable liquidity conditions. “The endeavour will be to ensure congenial financial conditions for the recovery to gain traction. For Q1 of 2021-22, therefore, it has been decided to announce a G-SAP of Rs One lakh crore,” the RBI said.

Also, the positive externalities of G-SAP 1.0 operations need to be seen in the context of those segments of the financial markets that rely on the G-sec yield curve as a pricing benchmark, the RBI Governor said.

Is the plan working ?

It appears so. The 10-year G-Sec yields have responded positively to the RBI’s announcement with the yields on the benchmark paper easing to 6.03 percent from 6.08 percent April 7. Dealers said the central bank’s upfront commitment has soothed the market sentiments.

Mainly the government. It has a massive borrowing programme scheduled for FY22. The RBI’s endeavor is to keep the yield down to lower the borrowing cost of the Government. The Government has planned a Rs 12.05 lakh crore borrowing plan for fiscal year 2022.

When is the first auction?

A day after the announcement, the RBI has officially notified the first phase of the G-SAP 1.0 on Thursday saying it will conduct the first phase of Open Market Purchase on April 15 with the purchase of five dated securities for an amount aggregating to Rs25,000 crore.

The RBI said the first phase of G-SAP purchase will happen using the multiple price method under which the bidders pay at the respective rate they had bid. The RBI has notified four securities for the G-Sec purchase in different maturities. 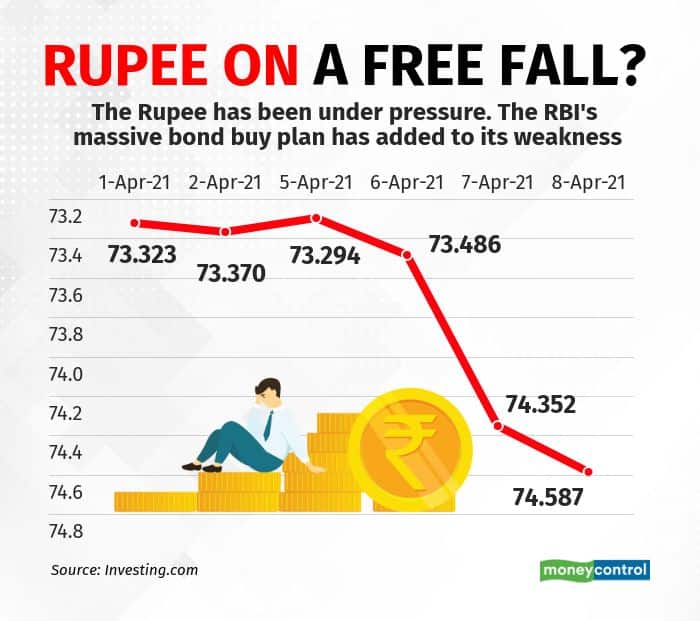 What else the RBI have in store for the market?

In addition to the G-SAP plan, the RBI will also continue to deploy regular operations under the LAF, longer-term repo/reverse repo auctions, forex operations and open market operations including special OMOs to ensure liquidity conditions evolve in consonance with the stance of monetary policy, the RBI Governor said.

Is the RBI keeping the yield down a good idea?

For the Government, it is a good news because the overall borrowing costs go down. But, a section of economists aren’t comfortable with RBI artificially keeping the interest rates lower in the financial system as it will lead to distortions. In healthy economic system, the interest rates pricing should be driven by demand-supply, and shouldn’t be artificially suppressed by the central bank. It will have other consequences.

When the RBI is adamant to signal lower rates no matter what happens to support the Government borrowing, it will influence the financial system. Of course, cheaper rates will be good news to big, top rated companies who can issue bonds to raise money and to the government (as explained earlier). But low interest rates coupled with high inflation is a systemic worry for savers. Already, savers are getting negative returns on their deposits if one takes into account the inflation adjusted rates or real rates.

Will it have an impact on Rupee?

Well, it is already having its effect on a weak Rupee. Government resorting to massive bond purchase to keep the rates low is not good news for the local currency as it will be under pressure. The Indian Rupee came under pressure after the RBI announced the massive Rs one lakh crore bond purchase programme, falling to 74 against the American dollar on April 7. The Rupee has been falling in last few sessions. Economists say the fear of investors pulling capital out of India in a low interest environment is hurting the local unit. On April 8, the local currency fell further to trade at 74.58 against the US dollar. It ended the day at 74.61 against the greenback compared with previous close of 74.56 in the previous session.

New restrictions to be imposed soon in Delhi: CM Kejriwal amid COVID-19 spike