What does government spending in the first nine months of FY21 tell us about its priorities?

What will be the central government’s spending priorities in the forthcoming Union Budget? We could get some clues from its spending pattern in the first nine months of FY21, or from April-December 2020. The accompanying chart shows the change in spending by selected major ministries and departments compared to a year ago.

As can be seen from the chart, overall expenditure in the first nine months of the current fiscal year was higher by 8.1 percent compared to the same period in the previous fiscal year.

The biggest increase has been in the spending on rural development, which was up 68.3 percent compared to a year ago. This is essentially on account of the increase in expenditure on the MGNREGS programme, as migrant labour went back to the villages. Spending on health and on agriculture also went up. Clearly, the rural economy has been the main focus of government spending during the pandemic as it attempted to cushion its impact on the poor. Of course, expenditure on health too increased. 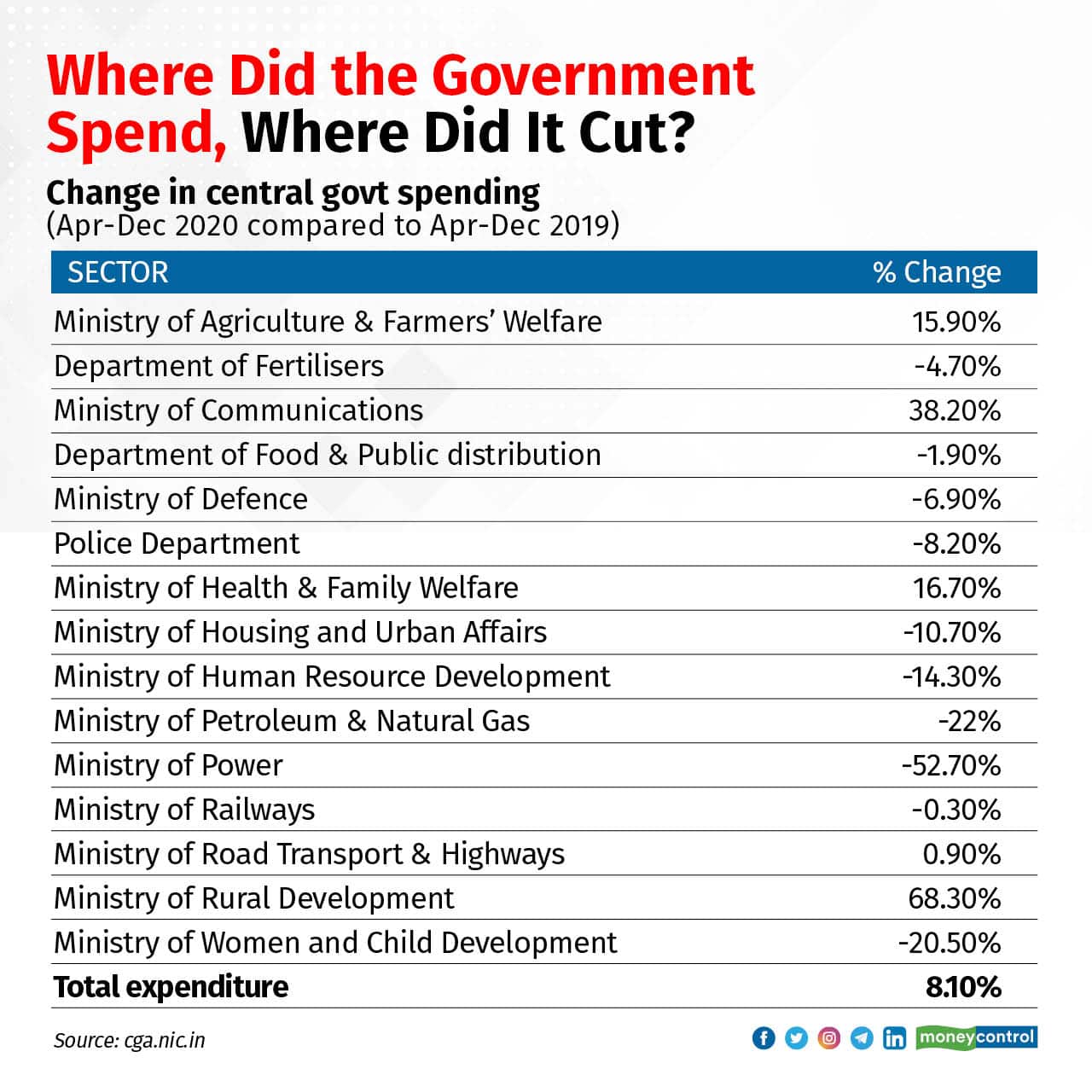 Rather strangely, though, the expenditure of the Food & Public Distribution department has come down. The increase in the allocation to the communications ministry is probably on account of the massive VRS programmes there, part of the restructuring of the state-owned enterprises in the sector.

The chart shows that spending on education has suffered, because schools and colleges have been shut for a long while. Defence expenditure too has come down, despite the tense border situation. While the government has slashed funding to sectors such as power, women and child development and housing and urban affairs, it has maintained its focus on building roads.

In FY21-22, the focus on health expenditure should continue, particularly because of the vaccination programme. Spending on education will certainly go up. Spending on defence too is likely to go up.

As the private sector gets back on its feet, however, the demand for MGNREGS employment will come down and it wouldn’t need such a huge outlay. Those funds could be redistributed to road-building and affordable housing, sectors that have a high multiplier effect and which will provide jobs to the masses. ​