"Gold smuggling has increased and also Sonia Gandhi has made a statement that gold jewellers are hard-pressed and we need to cut down the duty, these can be only two reasons why I think something on gold import duty will be announced," Nirmal Jain said.

Finance Minister P Chidambaram will seek Parliament approval for expenditure for the first quarter of FY15 on February 17. His vote-on-account will also project revenues and expenditure for the entire year. Speaking to CNBC-TV18's Udayan Mukherjee, Corporate lawyer HP Ranina, Nilesh Shah of Axis Direct, Nilesh Shah, MD& CEO, Envision Capital and Nirmal Jain chairman, IIFL shared their expectations from the FM and how the market would read it.

Corporate lawyer HP Ranina expects Chidambaram to reduce gold import duty and rationalise service tax duty in the interim Budget. Nilesh Shah of Axis Direct and Nirmal Jain chairman, IIFL also see the FM tinkering gold import duty on Monday. "Gold smuggling has increased and also Sonia Gandhi had made a statement that gold jewellers are hard-pressed and we need to cut down the duty, these can be only two reasons why I think something on gold import duty will be announced," Jain added. The import duty on gold currently stands at 10 percent.

Nilesh Shah, MD& CEO, Envision Capital 4.2-4.3 percent fiscal deficit number will provide some relief to the market. Fuel and fertiliser subsidy would be closely watched by the market. If the number is lower than market expectations then oil and gas and fertiliser stocks may take a further knock. "However, the Indian market has held up versus rest of world because it feels that the FM has dealt with the CAD than fiscal deficit in a better way and the market is happy about it," he added.

Meanwhile, Ranina believes that GST will come sooner than DTC. "The new budget that will be introduced by the new government they will give a timeframe and by April 1, 2014 GST will become a reality, but DTC may see light of the day by December 2016." 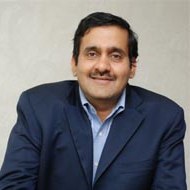