Subrata Ray, Group Head, Corporate Sector ratings ICRA is of the view that focus on rural economy and infrastructure are two big positives in Union Budget 2017-18.


Focus on rural economy and infrastructure are two big positives

Crop insurance scheme coverage to be increased to 40 percent in the current year and 50 percent next year. Micro-irrigation fund with an initial corpus of Rs 5,000 crore set-up. MNERGA fund increased from Rs 38,500 crore to Rs. 48,000 crore. These will improve the effectiveness of the social net and reduce volatility in rural income. Also Government has increased rural houses target to 1 crore and increased outlay to Rs 15,000 crore to Rs 23,000 crore – this would also help in job creation. Overall, rural expenditure has increased by 24 percent - this is a big positive for the rural economy. Within the automobile industry entry level motorcycles derive 60 percent of its total demand and passenger vehicle segment derives 30 percent of its total demand from the rural market.

Continued focus on infrastructure (outlay at Rs 3.96 lakh crore) would be a positive for the commercial vehicle industry.

The reduction of income tax for companies below Rs 50 crore is a positive, though the industry would have expected some relief on corporate tax for larger entities as well. 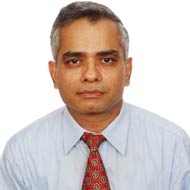 Also there was no relief announced for Electric Vehicles, which was a demand for some in the industry.

Reduction in personal income tax is a positive, though overall relief is relatively modest.

The focus on increasing the tax base and digital economy are positives and fetch positive yield in the long term for the industry.