Story in Charts | How healthy is the average Indian adult?

The proportion of overweight/obese individuals has risen over the years.

The National Family Health Survey (NFHS) – fifth round, released on November 24 showed that India’s population is stabilising and that the sex-ratio has taken a turn for the better. Indian now has more women than men. There are 1,020 women for every 1,000 men.

The survey also captured statistics which shows the well-being of individuals such as how many are overweight/obese; how many are malnourished; how many suffer from lifestyle diseases such as diabetes and high blood pressure and so on.

The result is a mixed bag. Fewer Indians are malnourished today. The proportion of people who consume tobacco in any form is also decreasing althought it remains high. However, a significant proportion of the population is overweight and there are many who suffer from diabetes and high blood pressure.

Here’s a closer look at the numbers 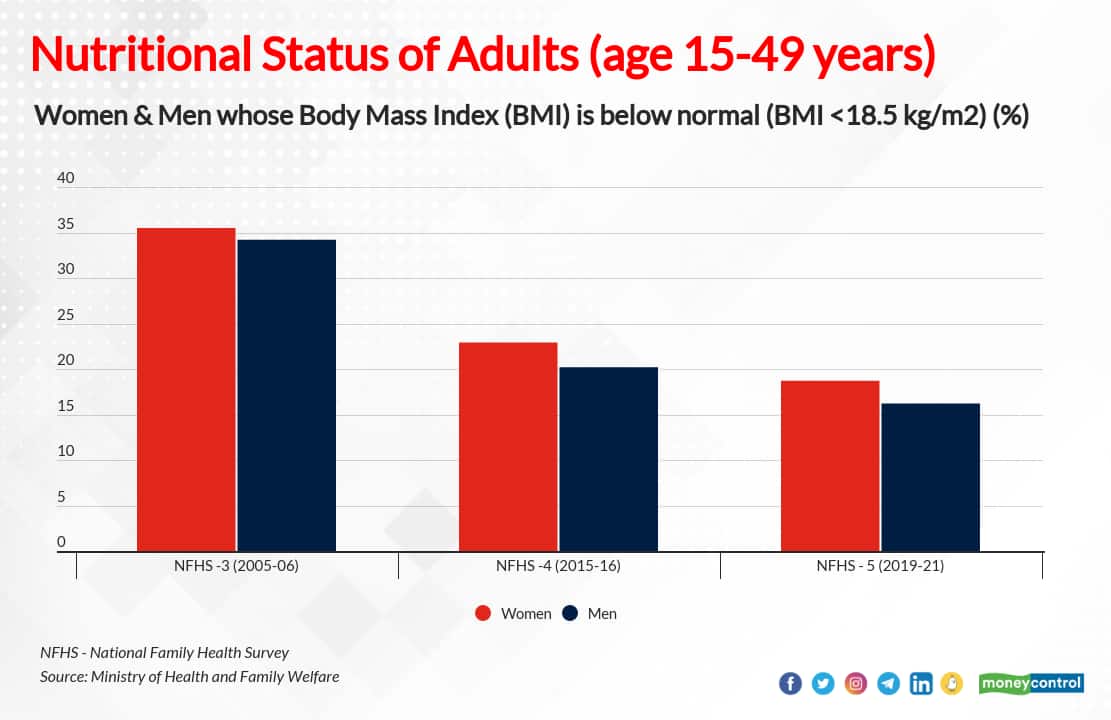 Thanks to junk food and perhaps, a sedentary life forced by the pandemic, the proportion of Indians who are overweight and obese have doubled from 2005-06. Anaemia levels have worsened for women and stagnant for men. A significant proportion of the population suffers from lifestyle disease Alchohol and tobacco consumption is down