Employees in India are most optimistic about skill development and work-life balance in their current role over the next 12 months.

Employees in India are most optimistic about skill development and work-life balance in their current role over the next 12 months.

Nicolas Dumoulin, Managing Director of Michael Page India, said that the Indian government has taken numerous initiatives to accelerate the economy through various sector-focused initiatives. He added that a robust demand for qualified professionals in a competitive market has resulted in the importance of skill enhancement among millennials. 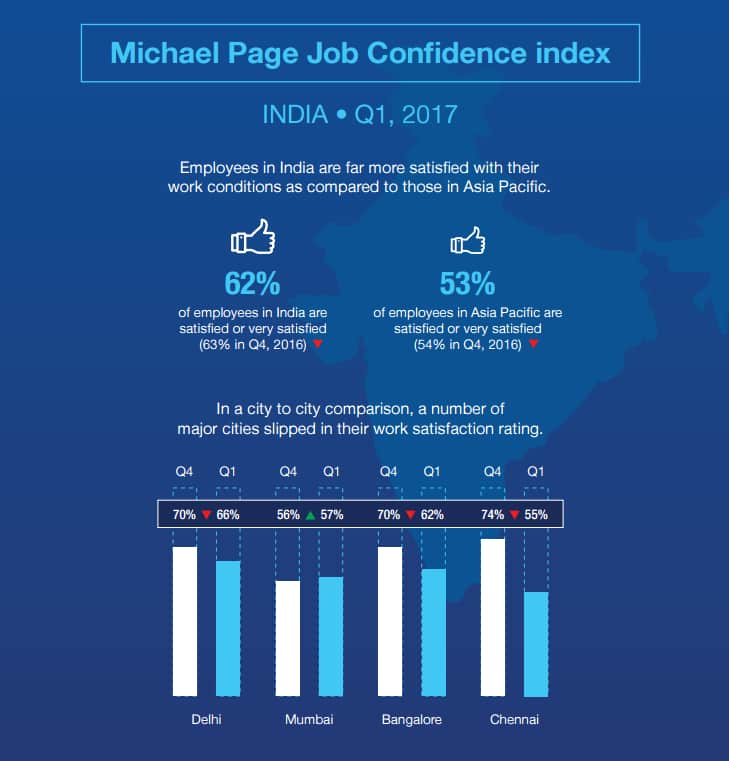 Michael Page India surveyed professionals in India and Asia Pacific to measure their job confidence and satisfaction levels. The Job Confidence Index Q1 2017 analysed the responses of 650 employees in India and 4,700 across Asia-Pacific.

The study said that a sizeable number of employees in India (53 percent) have said they consider the state of the current national economy as 'good to excellent’ as opposed to only 33 percent of employees in the Asia- Pacific region.

“On the backdrop of an improved economic environment and adaptation to global culture, Indian professionals have a positive outlook towards a rise in job opportunities, wage growth and a better work life balance. Their appetite to acquire new skills outweighs other job search push factors which is a positive move towards developing India’s workforce for the future,” said Dumoulin.