RBI may cut interest rates before next policy review: Rajan

Both CPI and WPI inflation numbers for July would be released this month while Index of Industrial Production (IIP) figure for June as well as first quarter GDP numbers are also expected in the same month.

RBI Governor Raghuram Rajan on Tuesday hinted that the central bank may cut interest rates before the next policy announcement on September 29, depending upon macroeconomic indicators.

"We are waiting information. There was more need to move fast in the early stages of the turnaround. We will take all information into account and decide whether at times it warrants moving in between policy cycle or it does not," he said after the monetary policy review here today.

Both CPI and WPI inflation numbers for July would be released this month while Index of Industrial Production (IIP) figure for June as well as first quarter GDP numbers are also expected in the same month.

Besides, RBI will get another set of WPI, CPI inflation data for August and IIP numbers for July in September to firm up its view on interest rates before the fourth bi-monthly monetary policy review on September 29.

So far in 2015, RBI has cut benchmark rate twice out of policy review. It did it first in January when repo (short term lending) rate was slashed by 0.25 percent, followed by a similar percentage point in March. "It's more reasonable to go back to pattern during some time.

But nobody ever rules out any action that central bank can take. It's one of the options that we always have," he said. Meanwhile, RBI today kept the repo rate, at which it lends to the system, unchanged at 7.25 percent and the cash reserve ratio, which is the proportion of deposits banks have to park with the central bank, at 4 percent.

"It is prudent to keep the policy rate unchanged at the current juncture while maintaining the accommodative stance of monetary policy," RBI's third bi-monthly monetary policy statement said. "Significant uncertainty will be resolved in the coming months, including the likely persistence of recent inflationary pressures, full monsoon out-turn, as well as possible Federal Reserve actions.

"As the RBI awaits greater transmission of its front-loaded past actions, it will monitor developments for emerging room for more accommodation," it said.

The outlook for growth is improving gradually, it said, adding that favourable real income effects could accrue from weaker commodity prices, in particular crude oil, and a possible step-up in agricultural activity if monsoon conditions continue to improve. 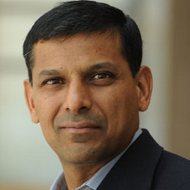