QS World University Rankings 2021: Only three Indian institutes make it to the top 200

Institutes from the United States and the United Kingdom and one from Switzerland (ETH Zurich-Swiss Federal Institute of Technology at rank six) dominated the top 10 spots. 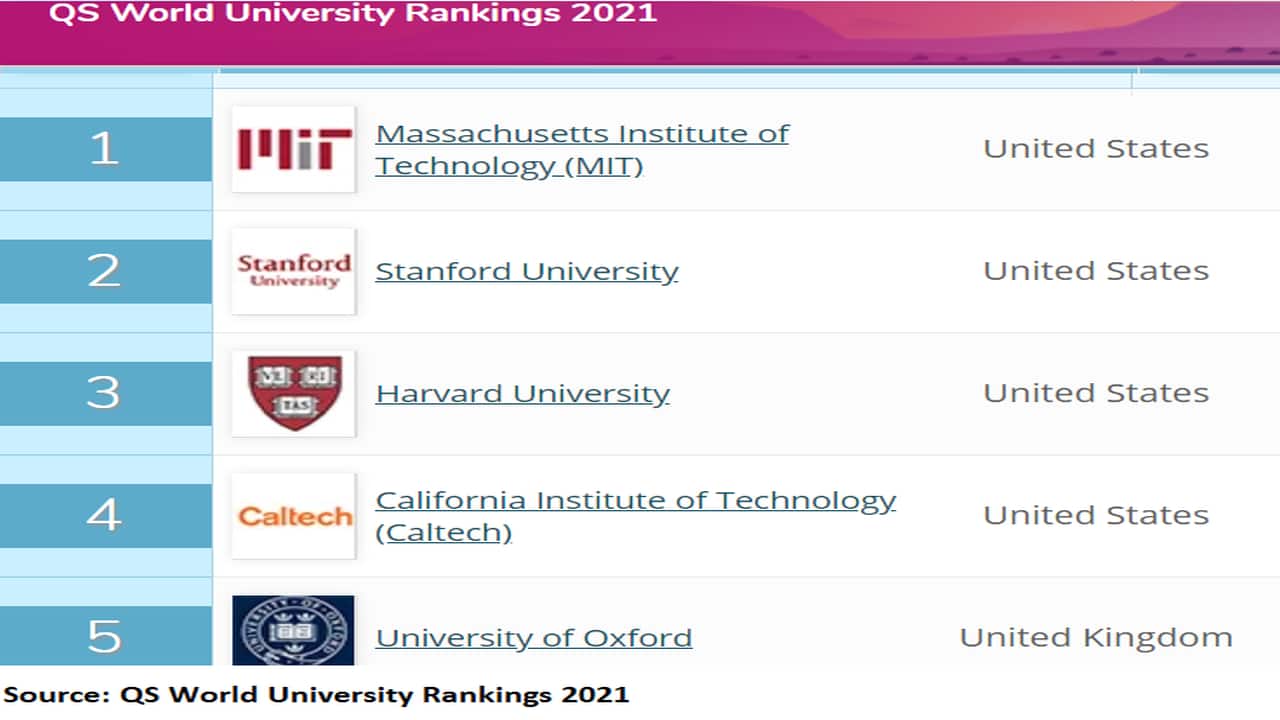 Among the Indian institutes to feature in the list, IIT Bombay grabbed the top spot at rank 172 (compared to rank 152 in the last year's list) while IISc, Bengaluru was at the 185th spot (rank 184 in previous year). IIT Delhi was ranked 193 (as against rank 182 last year) in the globe.

These rankings are used as a reference point by higher education aspirants to choose their university for choice.

IIT Madras is ranked at 275 while IIT Kharagpur was at the 314th spot. Delhi University was ranked in the 501-510 slot. A total of 21 institutes from India made it to the list of 1,000 educational institutions in the world.