The government is leaving no stone unturned to ensure smooth implementation of the Goods and Services Tax (GST) from April 1 2017.

The government is leaving no stone unturned to ensure smooth implementation of the Goods and Services Tax (GST) from April 1 2017. After the unanimous passage of the GST Constitution Amendment Bill by both the houses of the Parliament, the central government moved swiftly to seek ratification/approval from more than 50 percent of the state governments which was achieved in a record time of less than a month.

With the assent of the President to the GST Constitutional Amendment Bill, the Union Cabinet has approved the setting up of a GST Council and its secretariat. The Finance Minister is expected to have the first meeting of the GST Council on September 22 and 23 in New Delhi. Simultaneously, the government has also released the administrative structure for the Central Board of Indirect Taxes (CBIT) officers that is to be implemented in the GST regime.

The ambitious deadline of April 1 for roll-out of GST is being pursued by the government relentlessly. It is evident from the actions that within a short span of time several steps have been completed contrary to the expectations of the industry.

Though the ball has been set rolling at a fast pace, the road ahead for implementing GST is a long one. The next steps are crucial in nature as the GST Council  has to deliberate and take decisions on sensitive issues like; consensus on GST rate structure, list of exempted goods/services and concessional rate schedule, treatment of tax holiday zones, special economic zones, etc. 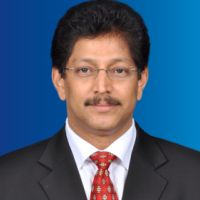 Given the wide-ranging and varying requirements of each state to protect products of local importance and demand for continuation of exemptions, it is expected that an agreement on GST rates and an exemption list will be extremely important steps. While the standard GST rate is expected to be in the range of 18 to 22 per cent, the industry will closely await the decision on band of rates and the circumstance in which a state may be allowed to alter the tax rate. Varying GST rates across the states will further enhance the complexity in compliance and marginalise the concept of 'one nation, one tax'.

Similarly, the GST Council needs to take a quick decision on the process of dispute settlement (to settle disputes between Centre and State and between two or more States). Setting the threshold limit and resolving the issue of dual control on the taxpayer have also been highly debated subjects between the Centre and State which needs to be addressed by the GST Council.

Upon resolution of the aforesaid critical issues, the GST Council will have to finalise the Model GST law after incorporating the suggestions of the trade and industry. Since India will be adopting a dual GST regime, each state will have to enact their own legislation for their respective state GSTs. The CGST and IGST legislations are targeted to be passed by the Parliament in the winter session which may be advanced by a fortnight in order to provide sufficient time before the implementation of the new law.

Another major milestone to be achieved by the government before the implementation of GST is ensuring that the requisite IT infrastructure is in place to support the game-changing tax reform. As per the rollout document issued by the government, the testing and integration of GST frontend and backend of all stakeholders is expected to take place by January–March 2017 along with the training on GST IT systems. As it is true for any IT system, considering the requirement to report all transactions of goods and services in the country, the system should be capable of handling significantly large volume of data seamlessly.

With government agencies all charged up to to implement GST from 1 April 2017, it is up to businesses to quickly develop a robust implementation plan and take action to transition to GST without any further delay.