Rising inflation is a nemesis for bond prices, but for equity, it is a blessing in disguise if it remains within a normal range.

Last week, the US witnessed highest inflation print since 2008. Consumer prices for May increased 5 percent YoY in continuation of 4.2 percent in the previous month. This frothiness in inflation can be attributed to revival of pent-up demand as economies open up, coupled with supply-side constraints as the global supply chain is yet to normalise.

However, the bigger contributor to accelerating inflation is rise in global commodity prices (both food and non-food) due to abundant liquidity and lower interest rates.

However, in spite of this spike in inflation, US 10-year yield slid from 1.77 percent to 1.44 percent over last two months and similar softening was witnessed in other global market yields. Most of the yield hardening, which happened over last six months in expectation of rising inflation is gradually reversing now. This indicates that the market is expecting inflation to be transitory, in line with the central bank commentary.

Market expects that the base effect will normalise in the near term. Supply-side constraints are also expected to normalise as the world economies open and recovery sets in.

Rising inflation is a nemesis for bond prices, but for equity, it is a blessing in disguise if it remains within a normal range. Historically, healthy inflation has been conducive for earnings growth. Earnings, which are the biggest determinant of share price of companies, get a boost with higher levels of inflation. 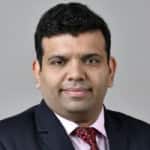 However, a sharp spike in commodity-led inflation has a relatively higher impact on certain sectors like auto, consumer, durables, etc. as it becomes difficult for these companies to pass on price hikes amid uncertain demand environment.

On the contrary, sectors like oil & gas, metals, cement, etc. end up directly benefiting from it.

In the Indian context, CPI inflation (policy variable) is more impacted by fuel commodities rather than an industrial commodity as the latter has lesser representation in this index.

WPI reflects more of commodity inflation, which is witnessing a surge recently. Historically, there has been a strong positive correlation between inflation trend in industrial commodity and fuel commodities, which moves in tandem. If fuel commodities spike further from here on (primarily crude), similar to base metal prices, the Indian economy will witness its adverse impact.

However, the biggest worry of inflationary trend is whether it will trigger policy normalisation by central banks across the globe. Yield softening in global markets currently is indicating that both - market participants and central banks - are looking past this and shrugging off the inflation fear as a short-term phenomenon. However, if the inflation trend doesn't abate by 2022, it would likely trigger monetary policy tightening, which will adversely affect riskier asset classes, including equity.