India plays a key role in global maritime trade due to its strategic location, and accounts for over 2.1 percent of global trade. Maritime trade contributes over 95% of trade by volume and over 70% by value in India.

When Prime Minister Narendra Modi began his second tenure in May 2019, he placed emphasis on achieving the ambitious target of turning India into a $5 trillion economy by 2024.

With the aim of achieving this target, the government aimed to bring down the logistics cost to aid India's competitive strength in comparison with other countries. Logistics cost in India is estimated at 13-14% of gross domestic product (GDP), very high compared with more efficient global systems. In the US and Europe, logistics accounted for 9-10% of the GDP and in Japan, about 11%.

India plays a key role in global maritime trade due to its strategic location, and accounts for over 2.1 percent of global trade. Maritime trade contributes over 95% of trade by volume and over 70% by value in India.

Minister of Shipping Mansukh Mandaviya had earlier said the Centre plans to introduce a National Logistics Policy and bring down logistics cost to 9 percent of GDP.

However, with the policy still in the works, Indian ports struggle to compete with lower costs in other countries. "The vessel  & container related charges at Indian ports are significantly higher than at foreign ports. Major ports in India remain costly," says Sunil Vaswani, Executive Director, Container Shipping Lines Association (CSLA). 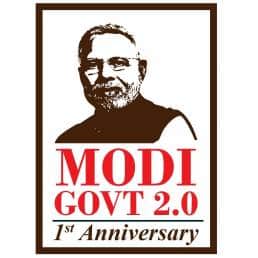 Higher costs at major ports such as JNPT has a cascading effect as non-major ports use these costs as a benchmark for their own tariffs,resulting in higher tariffs. This adds to the cost of logistics of the country.

The report of task force on National Infrastructure Pipeline stateslogistics cost are higher due to longer turnaround time and low output per ship berth due to issues in hinterland connectivity and lack of use of advanced technologies.

The Major Ports Authorities Bill, 2020 was cleared by the Cabinet in February, 2020. The Bill seeks to provide greater autonomy to major ports. Replacing the Tariff Authority for Major Ports (TAMP) which has been a major reason for higher costs, every port will now be governed by a Port Authority which will have the powers to fix reference tariffs for various port services.

However, it continues to hold shipping lines accountable for detention/demurrage, storage costs and other charges for containers abandoned by the consignees.

"Although PAN Numbers and IEC Code of the consignees is mentioned, it is the shipping lines who unfortunately continue to be the soft targets," says Vaswani from CSLA.
Besides, the auction process is still slow and lengthy. The containers are held up for such auctions which take months if not years to clear and the shipping lines are in the bargain held responsible for the storage and other charges until such clearance.

If Indian ports want to attract traffic, they need to work on their costs, improve efficiencies, encourage digitalisation and mechanisation, as far as possible. This in turn will make Indian ports more competitive & bring about economies of scale.
Pramiti Lonkar
Tags: #India #Modi 2.0 #Shipping
first published: May 30, 2020 01:05 pm