India will do better on ease of doing biz this year: CII

With the government taking steps to reduce paperwork and get faster clearances, India's ranking on World Bank's Ease of Doing Business report would improve during the year, CII said.

"The eBiz platform has been started and we believe that India's ranking on the World Bank's Ease of Doing Business would improve during the year," CII President Sumit Mazumder told agency.

The government is taking several steps to bring India into the top 50 ranks. India has been ranked 142 among the 189 countries in the World Bank's report, falling two places from the previous year's ranking.

Mazumder said the 'Make in India' campaign has generated huge interest among domestic and foreign investors and expressed hope that investments would pick up going ahead. He also said that Prime Minister Narendra Modi's '5P' approach to boost manufacturing sector's growth will help in pushing up the Indian economy as a whole. 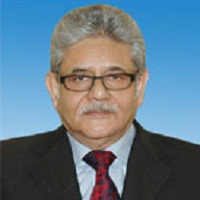 "The 5P formula - Perspective, Profile, Policy, Projects, People - together have created a new scaffolding on which the future of manufacturing is being built. The architectural vision is a long-term one by design and the Make in India' campaign is central to this new edifice," he added.

The long-term vision for Indian manufacturing that is being rolled out will play a key role in making Indian industry a critical part of global supply chain, he added.

The 'Make in India' campaign, a strategy to improve ease of doing business and focus on imparting skills have laid the foundation stone for a robust framework for manufacturing as well as for the Indian economy, he added.

Further, he said that the foreign investors are aligning their investment decisions to this mission. The relaxation of FDI policy in railways, construction and defence has made these sectors attractive for investments as well as acted as important bellwethers for the economic direction of the government, Mazumder said.

According to CII, the last 12 months have witnessed the drafting of new policies with respect to capital goods, chemicals, steel and textiles which are currently in various stages of finalisation.