Exclusive Webinar :Gain complete knowledge about how you can invest in global markets during an insightful webinar on April 16 at 11 am. Register Now!
you are here: HomeNewsBusinessEconomy

India needs to catch up with global peers in insurance sales

Yet again, the annual Swiss Re sigma report presents a bleak picture of India’s insurance sector. While the insurance premium’s share in the country’s gross domestic product may have seen an increase, India is nowhere close to the global averages when it comes to distribution of insurance.

Insurance premiums as a percentage of gross domestic product, referred to as penetration, has stayed below 4 percent since FY12. The Jan Suraksha Bima Yojana, that included a personal accident scheme and a term life insurance scheme, led to some boost, but the figures have more or less stayed flat.

In FY18, insurance penetration stood at 3.69 percent in India. In Asia, it was at 5.62 percent with Taiwan topping the list at 21.32 percent. India ranked 41st globally with Taiwan, Cayman Islands and Hong Kong being the top three in the world.

Similarly, the premium per person or insurance density stood at $73 in India for FY18 while it was $850 globally. Among its Asian peers where the average was $360, Hong Kong topped the list at $8,313 which was the second highest globally. Cayman Islands topped the list with density of $12,122 in 2017.

While there was a slump from FY10 to FY15, India saw an increase in its penetration only by a few basis points every year. The non-life insurance premium, which includes the mandatory motor third-party insurance policies, has not even touched 1 percent of GDP. 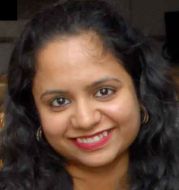 One often repeated comment is that the country’s GDP has been growing at a faster pace and the insurance sector has not been able to catch up. But considering the mega insurance schemes, including the Fasal Bima Yojana, atleast a 100 basis point increase should have been the end result. But we are nowhere close to that.

Weak distribution as well as low awareness have been the twin issues plaguing the industry. Unless it is mandatory or pushed by a relative, Indians simply do not seem to realise the importance of insurance purchases. A product that requires a superior financial knowledge and hence not an over-the-counter sale, insurance requires well-trained agents to explain policies.

Need of the hour

Need-based selling to ensure that a customer gets what he requires is the need of the hour. That will require agents to be more financially savvy as well as be adequately compensated for it. Banks could be high volume generators, but an insurance agent does the job best.

Similarly, ensuring that customers realise the need for insurance in their financial portfolio has been another challenge. It is usually the agent who ‘suggests’ a policy and the customer ends up buying it. Later, when they realise they were sold a wrong product, they let it lapse. All these factors also reflect in the penetration numbers.

At a time when a country’s insurance penetration and density is the first data point referred by both domestic and international agencies for preparing sector-wise reports, brushing off these numbers may not be a good idea. Doing a deep dive and smoothening the rough edges by simplification would be the first big step necessary. Rather than celebrating over the few basis point increase, the industry has to come together and analyse the factors leading to stagnant numbers and take actions immediately.
M Saraswathy
TAGS: #Economy #insurance
first published: Jul 7, 2018 11:08 am