172@29@17@249!~!172@29@0@53!~!|news|business|economy|have-been-extremely-transparent-objective-about-iuc-cut-trai-chairman-2398401.html!~!news|moneycontrol|com!~!|controller|infinite_scroll_article.php!~!is_mobile=false
Subscribe to PRO at just Rs.33 per month. Use code SUPERPRO
you are here: HomeNewsBusinessEconomy

Have been extremely transparent & objective about IUC cut: TRAI Chairman

Defending the cut in the Interconnection Usage Charges (IUC), TRAI Chairman RS Sharma said IUC cannot be a profit vertical for any company and that the decision was taken after an extensive, one year long consultation process.

In an exclusive interview to CNBC-TV18, he said the decision was taken with full transparency and objectively, adding that there was no assumptions made while deciding to cut IUC. They are ready to defend IUC cut before courts, he said.

The Telecom Regulatory Authority of India (TRAI) on September 19 cut termination charge for all mobile to mobile calls to 6 paise per minute from 14 paise. The revised charge, effective October 1, will be reduced to zero from January 1, 2020. For calls between landlines, between mobiles and landlines and vice versa, this charge will continue to be nil.

He further said, logically there is no connection between telecom sector stress and IUC. Workshops were conducted for telcos to understand IUC and cost models, he said. 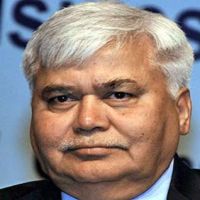 Talking about the industry, he said Indian telecom industry cannot be compared to developing countries because it is already a developed market.

Furthermore, he specified that the Explanatory Memorandum is one of the most comprehensive one and every question is answered there. 'Transparency has been the hallmark of TRAI,' he said adding that they would be very happy if someone found an error and would be ready to rectify that.

Talking about the 5G roadmap, he said India has the bandwidth, the scale and a vibrant telecom market, so no reason for India to lag behind in the global technological growth curve.

5G is basically a departure from the traditional technology and will be used in areas like agriculture, irrigation, health, big data etc.