Talking about the features of the instrument, Finance Minister Arun Jaitely said this simple product would be a bearer instrument without name of the holder in the first phase.

With the objective to raise savings in the country, the government today re-launched Kisan Vikas Patra (KVP), an instrument which will provide trusted option of investment to poor and keep them off ponzi schemes.

"In the last 2-3 years, savings rate in country has declined from a record high of 36.8 per cent to below 30 percent due to slowdown in the economy. It is, therefore, necessary to encourage people to save more," Finance Minister Arun Jaitley said during the launch of the revamped KVP.

KVP would serve two purposes, he said, adding, one it would help poor gullible investors to channelise their savings towards trusted government scheme instead of some ponzi schemes, where hard earned savings disappears.

"Secondly, there is an urgent need to raise savings in the country...these savings are then used for nation building. Such saving instrument not only earn interest but help in development of the country," he said.

Talking about the features of the instrument, the Finance Minister said this simple product would be a bearer instrument without name of the holder in the first phase. 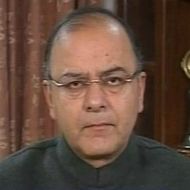 Initially, the certificates will be sold through post offices, but the same will soon be made available to the investing public through designated branches of nationalized banks, Jaitley said. However, savers would not get any tax benefit for their investment in KVP.

"Recognising the need to provide easy instruments of savings for people who have not had access to other savings instruments... And therefore you have to rely either on keeping the money with them or buying gold, gold silver," Finance Secretary Rajiv Mehrishi said.

Speaking on the occasion, Communications and IT Minister Ravi Shankar Prasad said "KVP was a popular instrument for small savings and it had an emotional connect with the people of the country."

For around 100 years, he said, the postal department has been engaged in small savings schemes and there are around 30.8 lakh account holders currently under it.

Postal department is undertaking 7 small saving schemes of Government of India and it has an outstanding of around Rs 6 lakh crore, he added. KVP was discontinued in 2011. The scheme was very popular among the investors and the percentage share of gross collections secured in KVP after its launch in 1988 was in the range of 9-29 percent against the total collections received under all National Savings Schemes in the country.