Dine and w(h)ine: Find out how GST will affect your restaurant bill

Opinions are divided amid restaurateurs over GST benefits.

Q1. It was originally started in 1940 and ran successfully till it was closed for a few years during the Indo-China War. Chen re-opened it, joining hands with a partner Tham Mouyiu, in 1968, and is actively involved in the day-to-day operations of running the restaurant. The restaurant runs solely on word-of-mouth publicity of its loyal patrons which include Bollywood royalty from Shashi Kapoor to Rekha and Kajol , to the who is who of politics including VK Krishna Menon. One of the most unusual gues was Deng Pufang the paraplegic first son of the Chinese premier Deng Xiaoping. Identify this legendary Mumbai establishment which recently shut shop. (Representative image)

At the stroke of midnight when the Narendra Modi government launched goods and services tax (GST), a new tax subsumed multiple indirect taxes, throwing into doubt its impact on various industries.

One such industry is the restaurant business that is expecting a significant impact as it has been categorised under two higher tax slabs - 12 and 18 percent for non-AC and AC eateries, respectively.

The restaurant industry had expected lower taxation, besides inclusion of liquor under GST and sufficient incentives. Restaurateurs have been upset due to increased taxes on fine dining, aerated drinks. They say the industry churns out massive revenues and shouldn’t be entitled to higher taxes.

According to the National Restaurant Association of India’s (NRAI) 2013 India Food Service Report, the current size of the Indian food service industry is Rs 2,47,680 crore and is projected to grow to Rs 4,08,040 crore by 2018 at the rate of 11 percent. 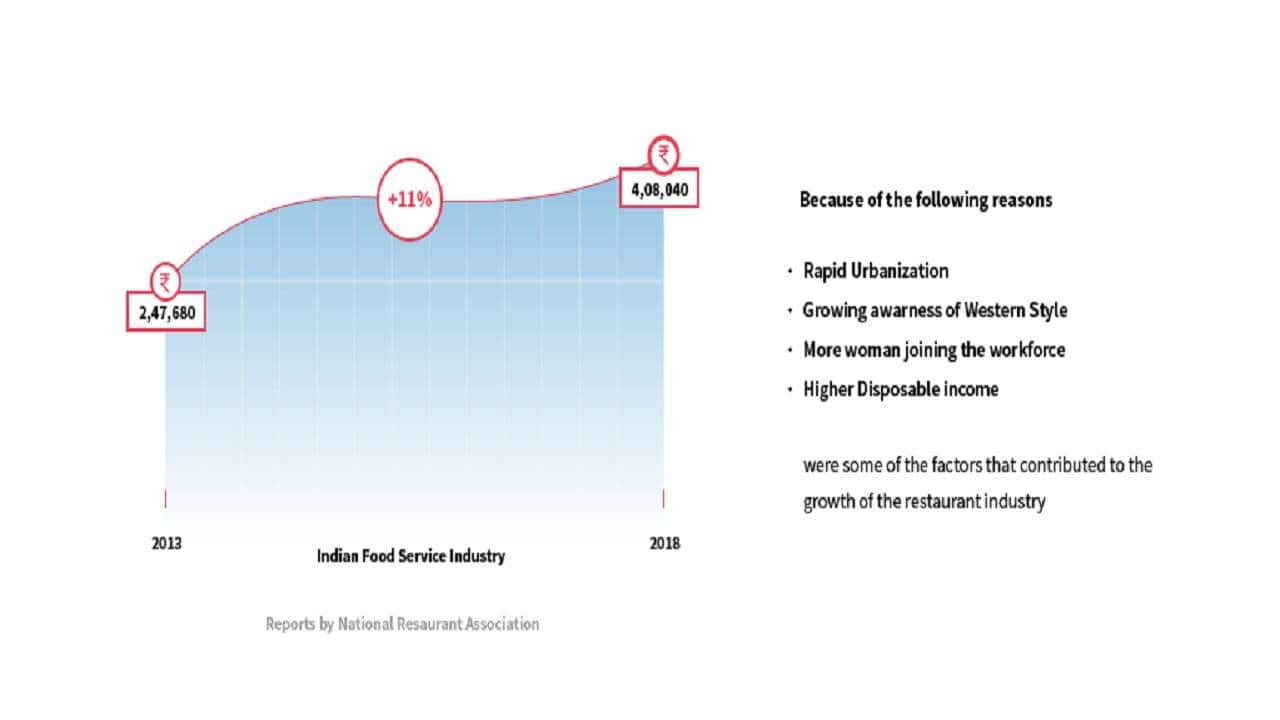 Restaurants will also have to produce different bills for liquor consumption as alcohol is not included in GST. Each state may have different VAT figures for liquor and this add to operational challenges.

“Service of liquor in restaurant is not under the GST regime and this is a dampener. We will have to keep two separate stream of transactions, which will increase the cost of compliance for restaurant chains like us who serve liquor," said Rahul Singh, Founder & CEO, The Beer Café.

Consumers currently see a string of taxes -- service tax, service charge, VAT -- on their restaurant bills included over and above the food value. However, under the GST regime, service tax and VAT amount will be subsumed into one single rate. The bill may still have service charge though. 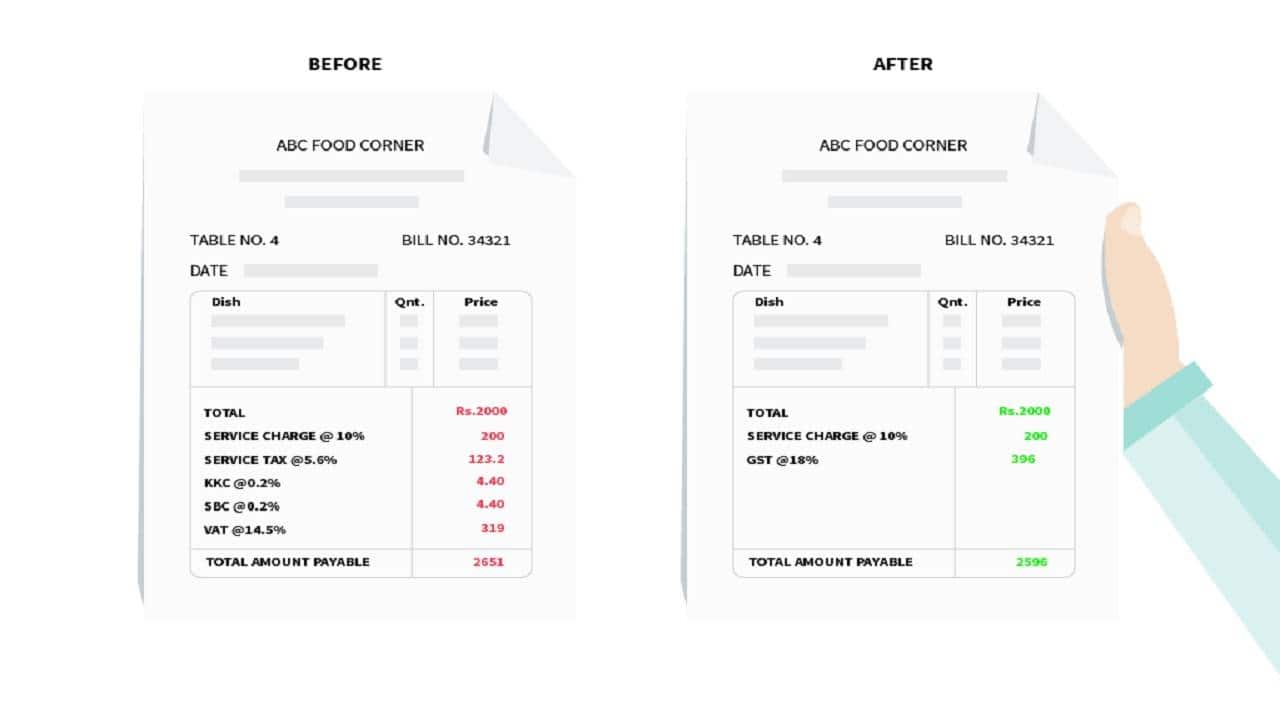 "For the restaurant industry, a single slab will now create a uniform price and the ease of compliance with mitigation of cascading taxes will result in direct benefit to the consumers in the form of a lower & easier to read bill when they dine out,” said Singh.

He also added that increased consumption will result in job creation and boost the Make in India initiative. “GST will also provide a level playing field for organised players like us who have to continuously battle with competition which is rife with tax evaders and non-compliant entities,” he said.
Tags: #Economy #GST
first published: Jul 1, 2017 04:26 pm