Deficient monsoon: Is a big agri push on cards in Budget 2016?

The government may be looking to significantly increase allocation to marque programmes such as the Pradhan Mantri Krishi Sinchai Yojana, Rashtriya Krishi Vikas Yojana, Pradhan Mantri Gram Sadak Yojana, and the one to provide soil health cards to the country's 140 million farmer families over three years

After two consecutive years of low monsoon, it comes as no surprise that the government may be planning to give some allocation push to the agriculture sector in Union Budget 2016-17.

The move is not just aimed at providing relief to farmers after the deficient monsoon season, the idea is to give a boost to the rural economy. In an interview to The Economic Times, Economic Affairs Secretary Shaktikanta Das recently said that the agricultural sector has become important after two years of bad monsoon. "Agriculture sector is very important because rural purchasing power comes from there," he said.

The BS report also stated that the government may either maintain allocation to Pradhan Mantri Gram Sadak Yojana at Rs 15,100 crore as sanctioned for 2015-16 or increase it with the objective of connecting over 178,000 rural habitations with all-weather roads by March 2019 — three years ahead of scheduled completion. The ambitious soil health card scheme could get merged into the Rashtriya Krishi Vikas Yojana (RKVY), and hence allocation to RKVY could be enhanced. The government had allocated Rs 568 crore to the soil health card scheme in Budget 2015-16, out of which Rs 109 crore has been released to states as of December 31, 2015. Allocation to RKVY could increase to Rs 10,000 crore in Budget 2016-17, compared with just Rs 4500 crore allocated in Budget 2015-16. 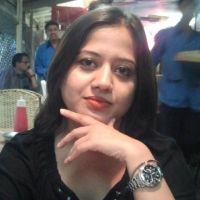 The Pradhan Mantri Krishi Sinchai Yojana (PMKSY) could also see a bump up in allocation in Budget 2016-17, considering Prime Minister Narendra Modi's has personally committed to improving irrigation infrastructure in the country, the BS report further said. Rs 5,300 crore had been sanctioned to PMKSY in Budget 2015-16. The Centre plans to spend Rs 50,000 crore under the scheme in the five years starting 2015-16. Keeping this in mind, the Centre will have to allocate about Rs 12,000 crore in each of the next four fiscal years.

Against this backdrop, it may be worth mentioning that food inflation may rise in 2016 on the back of rabi crop moisture woes, G Chandrashekhar, Economic Advisor, IMC and Director, IMC-ERTF, said in a column in moneycontrol.com. Extending the argument forward, wheat (a rabi crop) production is also likely to fall below 90 million tonne (MT) for the second year in a row in 2015-16 due to an unusually dry and warm winter.

Taking cognizance of the issue, agriculture minister Radha Mohan Singh had also said that sowing of rabi crops like wheat has been affected due to both drought and floods this year and the government is taking steps to minimise the damage.


Exclusive offer: Use code "BUDGET2020" and get Moneycontrol Pro's Subscription for as little as Rs 333/- for the first year.