172@29@17@141!~!172@29@0@53!~!|news|business|economy|data-story-young-india-set-to-replace-china-as-asias-superpower-2390401.html!~!news|moneycontrol|com!~!|controller|infinite_scroll_article.php!~!is_mobile=false
Subscribe to PRO at just Rs.33 per month. Use code SUPERPRO
you are here: HomeNewsBusinessEconomy

In the coming decade, India will come to supply over half of the increase in Asia’s potential workforce, according to a report by Deloitte LLP. Thanks largely to its young population, who won't be getting older any time soon, India is set to become an economic superpower.

In the coming decade, India will come to supply over 'half of the increase in Asia’s potential workforce', according to a report by Deloitte LLP. Thanks largely to its young population, who won't be getting older any time soon, India is set to become an economic superpower.

Currently, about one-third of India’s working age population are between 15-64. And this gives India a chance, better than China and Japan, to reap the benefits of its still young population.

Those aged over 65 in Asia will grow from 365 million in 2017 to more than 520 million in 2027 owing largely to China and Japan. Both the economic super houses will see a sharp drop in its working population which will mean a lower growth for these countries. 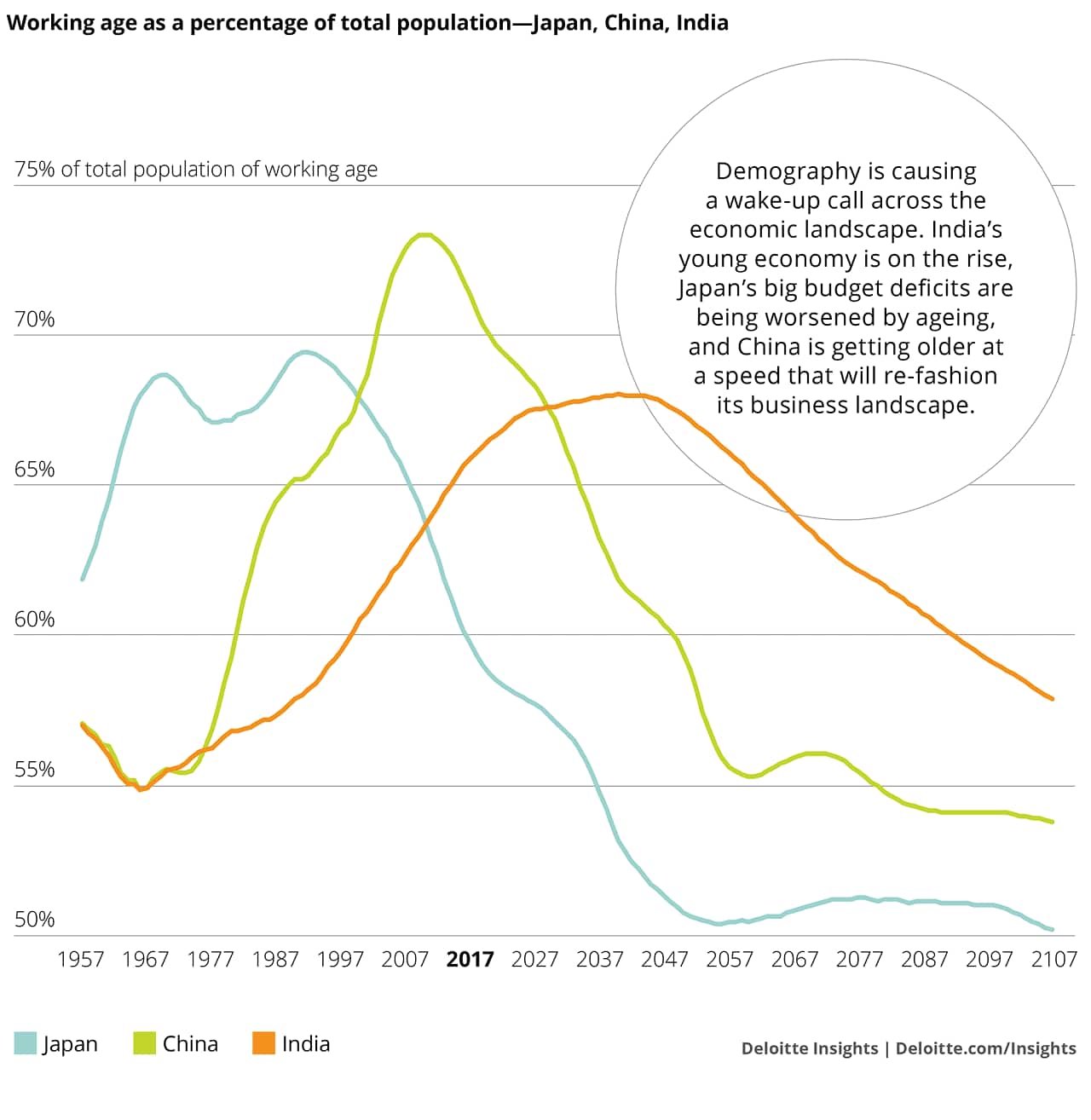 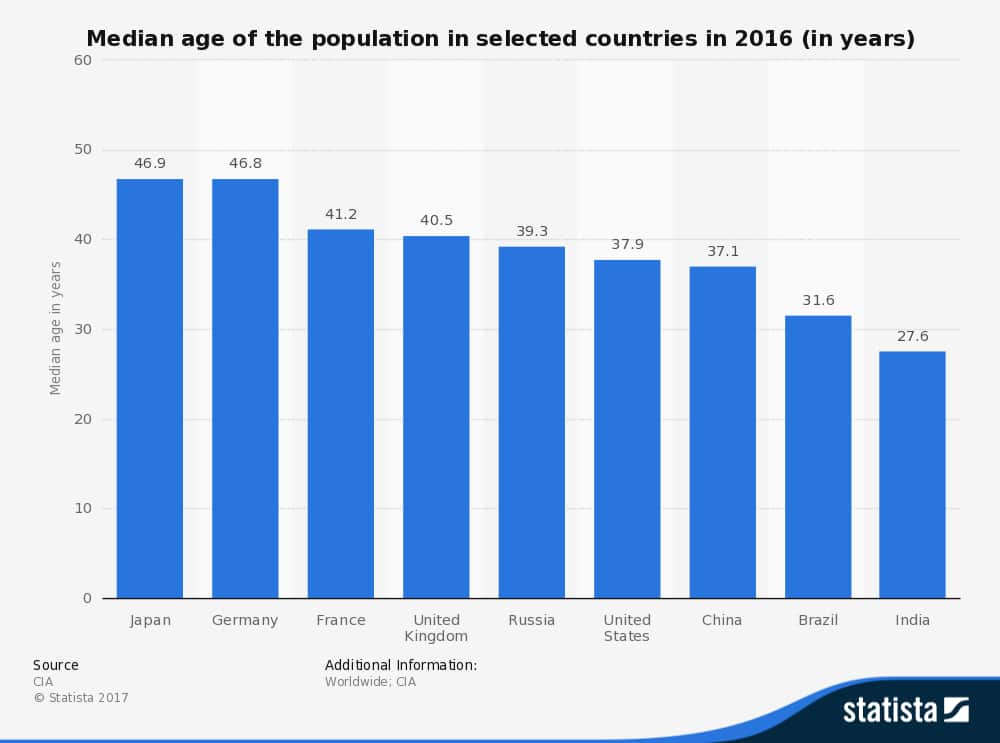 There have been two waves of growth in Asia giving rise to two economic superpowers — Japan and China. Their success stories were written by their working population. While Japan saw its “people power” peak in the 1990s (owing to skilled workforce rather the number of it), China has recently started reaping its fruits.

For Japan, its peak potential workforce was 87.78 million in 1995. For China, the peak was in 2014 at 1.01 billion. Both the countries are now on a downward slope. Along with these, other Asian giants like Thailand, Singapore, Hong Kong, Korea and Taiwan are also mirroring China’s story. 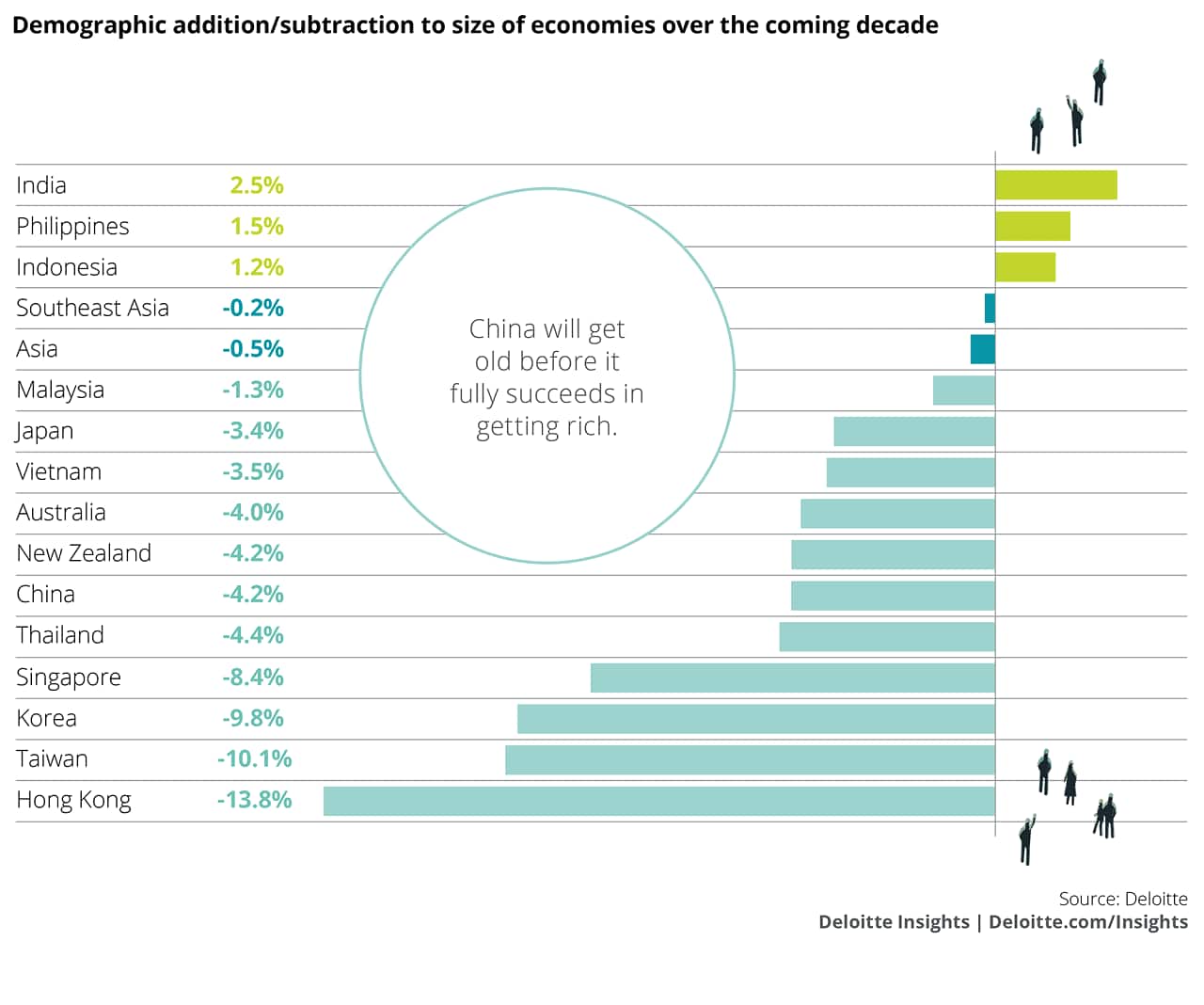 Over the coming decade, as per the Deloitte report, except India, the Phillippines, and Indonesia, almost all major Asia-Pacific economies will suffer from the loss of working population. “China will get old before it fully succeeds in getting rich,” states the report.

From a business point of view, an ageing population comes with its own set of opportunities. As the population growing older, demand in sectors like nursing, healthcare and consumer goods for elderly is growing. Moreover, with more stress on the government budget, private players, especially in healthcare, can reap the benefits.

Tsuyoshi Oyama, Deloitte Japan Economist, notes, “As is already increasingly evident in Japan, the surge in ageing-related opportunities will be evident well beyond health care. Rapid ageing in the Japanese population has changed the needs of people and the way businesses satisfy them. There has been an increasing demand in sectors such as nursing, consumer goods for the elderly, age-appropriate housing and social infrastructure, as well as asset management and insurance.”

India’s story is full of promises. The current median age of the country is 27.3 years, one of the lowest in Asia. Comparatively, Japan with 47.1 years stands as the oldest country in the world whereas China is rapidly ageing with a median age of 37.6 years.

The current potential workforce of India is 885 million. The number will jump to 1.08 billion in 2037 and will remain above a billion for the first half of this century. These new workers will be better trained and skilled for the future; besides, a large chunk of the workforce will be women; “the three big levers of economic potential—the 3Ps of population, participation, and productivity—are all set to surge in India.”

The caveat and challenges

The next 50 years are set to usher in “an Indian summer” as the economy will see an unprecedented growth. However, there is a caveat. The growth does not guarantee that the country will get richer.

There are various points of concern which also unlocked hidden opportunities. The most prominent one is inequality. In its Global Risks Report 2016, the World Economic Forum identified inequality as a significant risk to global growth in this decade. An efficient and equal delivery of government policies and services is important for inclusive growth.

Another challenge which India faces now is the declining share of female participation in labour. Over the last decade, the participation has fallen from 37 percent to 27 percent. According to ILO’s Global Employment Trends 2013 report, out of 131 countries with available data, India ranked 121st in female labour force participation. To achieve its full potential, women’s participation needs to start to rise from its current level. 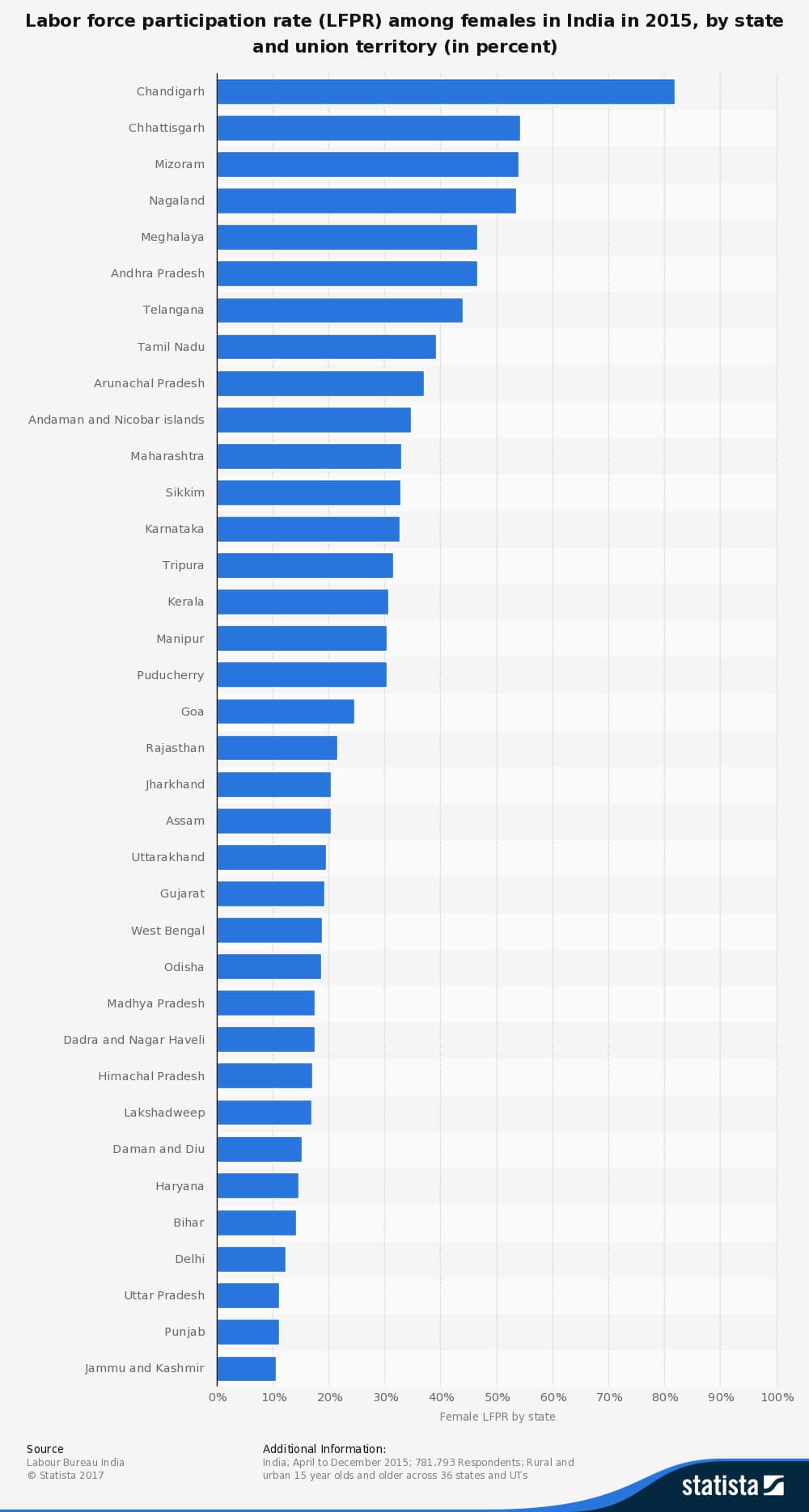 The workforce also faces another big challenge—automation. For example, in the IT sector, around 40 percent of the workforce will need reskilling to stay relevant in the face of automation while 50-60 percent of jobs will require new skills, according to NASSCOM.

As robots are eating low-skill jobs across the services and manufacturing sector, the country’s booming workforce needs to be ready for a somewhat bleak future if appropriate measures by the government are not taken.

However, the best resource which India still has is time. As the Indian demographic cycle is about 10-30 years behind than its counterparts the country has enough time to work on these challenges.