Access Selected Content from
Financial Times on Moneycontrol Pro
Webinar :Register now for webinar on 'Trade BankNifty in just 15 minutes a day'
you are here: HomeNewsBusinessEconomy

COVID-19 | FM’s Rs 1.7 lakh crore package is a safeguard, the stimulus is on the way

The government has chosen to adopt a graded action plan, instead of a big bang one-off push to keep the lights on

The Rs 1.7 lakh crore relief package that finance minister Nirmala Sitharaman announced on March 26 clearly sets the government’s priorities about who needs to be protected the most from the devastating disruptions that the coronavirus pandemic and the nation-wide lockdown have caused.

The government has picked those living on the margins, those with limited savings and those with weak borrowing power as the first set of people for handholding. These are daily wage earners, construction workers, farmers and women with low income.

In such a situation, a restaurant, a retail garment seller, a property builder and a road builder will all show a similar first instinct: to cut costs. The temporary staff working at these establishments are often the first ones to find themselves out of work. 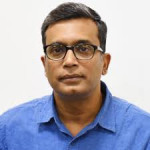 Many of these eke out a subsistence living, spending a very large proportion of their income on food, leaving very little to spend on other ‘non-essentials’ or aspirational products and services. They are a perfect exemplification of the Engel's Law, an economic theory German statistician Ernst Engel propounded in the 19th century, stating that the percentage spent on food purchases decreases as income rises and vice-versa.

With many of them suddenly jobless, their incomes have dramatically collapsed. The uncertainty over when economic activity is likely regain momentum has only deepened anxieties. This hard stop in the economy, unlike other recessions caused by systemic flaws such as the debt bubble of 2008, has been brought upon by the government because of a medical emergency. It is intentional and unavoidable.

Unlike previous occasions, when the meltdown was spread over a few quarters with signals flashing from various corners, the current interruption is more akin to switching of a light bulb. However, unlike a light bulb, an economy cannot be switched on again at the press of a button.

It is elegant to argue that production is plunging since workers are away from work. It is also neat to reason that once the medical crisis passes, production will resume and all jobs will be restored. In the real world though, switching on an economy is considerably more laboured and prolonged that switching it off.

That is perhaps the reason why the government has chosen to adopt a graded action plan, instead of a big bang one-off push to keep the lights on. The package that Sitharaman announced should be seen in this context. It is more of a ‘safeguard package’, dictated by the need to safeguard incomes of those who have seen the lockdown shave off a large proportion of their daily earnings.

The first step is to inspire confidence about the State-supported safety net among the most vulnerable. This is precisely what the government has sought to convey.

One would reckon a few more packages are in the works, particularly for the micro, small and medium enterprises (MSMEs), traders who have been forced to close operations, and perhaps India’s vast consuming middle class that keeps the economy’s wheels moving rapidly. Large corporations, who are looking towards that one big stimulus, may have to wait a little longer.