The RBI has cut rates by 125 bps since January 2015, but banks have cut one year deposit rates by an average 130 bps. Interestingly, lending rates have fallen by a meagre 50 bps, which includes the base rate cuts announced by most banks post September 29 policy.

The Reserve Bank Governor Raghuram Rajan surprised many observers when he cut repo rate by 50 basis points (bps) in his fourth bi-monthly monetary policy statement last week. But rating agency India Ratings says the interest rate cuts and hikes have been utilised by banks " to absorb the upside and pass on the downside to customers."

A note by the rating agency suggests that transmission in rates is being held back by banks and they have been repricing with a lag only the unfavourable movements in rates.

Banks are using the policy cycle to their advantage, says the rating agency. From a study of the last 10 years it appears that in most cases when policy rates have reduced, deposit rates have come down faster and the quantum has also been higher compared to lending rates, the note says.

"The same was also true when policy rates were hiked, where lending rates went up and the quantum was also higher compared to deposit rates," the report adds. 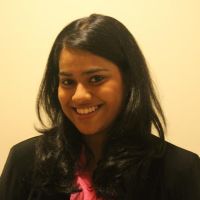 The RBI has cut rates by 125 bps since January 2015, but banks have cut one year deposit rates by an average 130 bps. Interestingly, lending rates have fallen by a meagre 50 bps, which includes the base rate cuts announced by most banks post September 29 policy.

India Ratings highlights that the market has been  more successful in transmitting lower rates than banks citing 150 bps fall in deposit rates of commercial paper and certificate of deposits. This is something Rajan had mentioned during the policy review in July.

The customer, the person the Governor intended to help, continues to suffer as banks have cut lending rates to a larger extent for new customers. And if a customer wishes to switch to the lower rates, he is expected to pay extra to avail the facility.

"There is a clear aberration in monetary transmission which needs to be corrected so that the lower interest rates get passed on to borrowers. This is particularly imperative in the current scenario, to support demand recovery through capex and discretionary spending," the India Ratings note says.

Rajan has time and again reproached bankers for not transmitting lower rates. In his statement he highlighted the central bank's resolve in faster transmission.

“We are going to work very hard with the government. The intent here is not to point finger other people but to start moving quickly on ensuring that the transmission does takes place,” Rajan said.

With this dogged approach to lower interest rates and the lagged impact of lower rates since January 2015, India Ratings expects the transmission pace to accelerate in the coming months.