According to Varma, it is the combination of tight and right macro policies, weak demand and lower oil prices that have contributed to lower inflation.

In an interview with CNBC-TV18, Varma says the government is taking the right steps to reduce inflation, but it will take time for results to show.

According to Varma, the combination of tight and right macro policies, weak demand and lower oil prices that have contributed to lower inflation.

Investment and productivity are expected to improve, but still have not, and inflation expectations are still in high single digits, she said. 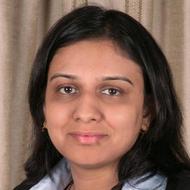 “To achieve its inflation target, we believe the Reserve Bank of India needs to lower inflation expectations and the government needs to find long-term solutions for the agriculture sector,” Varma had aid in a note to clients on Friday.

Below is the transcript of Sonal Varma's interview with Latha Venkatesh & Reema Tendulkar on CNBC-TV18.

Latha: Did you all have your morning calls at Nomura what is the sense you got? Are we going to see some bit of exit of money from India as from other emerging markets?

A: Until July 5th when we have more clarity, some sort of volatility will continue, so that uncertainty can cause some nervousness. However, the effect will depend on the outcome on July 5th whether it is the referendum throws up a yes or a no vote. Nomura’s base line is that Greece will vote for a yes in which case the current government will have to quit, re-elections will have to be called but some derogation with the new government and the Troika will take place.

In case of a no vote - that is when we are entering into a period of uncertainty and in that scenario there could be a lot more capital outflows from emerging markets. As far as India is concerned we have a substantial buffer of foreign exchange (Fx) reserves because the primary channel of contagion would be through capital outflows and the entire Fx build up that the Reserve Bank of India (RBI) has done will come to rescue. If necessary RBI can announce availability of dollar and liquidity funding in case there is substantial negative reaction in case of a no vote from the Greece referendum.

Reema: I was just reading your latest report and you have come out with quite an anti consensus call where you do not expect a rate cut till CY2017 end. It is two-and-a-half year hence. What is the key reason for that?

A: The main question that we are trying to ask is whether the drops in India’s inflation that we have seen is cyclical i.e. driven by sort of short-term factors or more structural drop. However, essentially what we find is that almost 85 percent of that drop in inflation can be explained by short-term cyclical factors like weak demand, the impact of weak demand in terms of keeping rural wages subdued, things like lower minimum support price, lower oil prices. The longer term drivers of inflation have actually not changed. So the risk here by pre-maturely easing monetary policy is that some of these cyclical factors actually start to rebound yet again.

So, essentially what we are saying is that we have to ensure and policymakers have to ensure that cyclical drop in inflation turns out to be more structural for which two things have to happen. One is inflation expectations in India are still in high single digits and they need to be brought down. Since expectations tend to be backward looking you need a period of low inflation to bring down expectations. Second, we need to tackle food inflation on a more sustained basis. Government has been very proactive in terms of food management. However, the underline issues around food inflation which is lack of enough investment in agriculture in terms of irrigation, supply chain, the issues with respect to productivity of agriculture crop. Some of those issues are yet to be tackled and unless these more longer term solutions are found and unless inflation expectations come down sustainably, the half of the battle that we have won, which is bringing down inflation we basically have to ensure that it sustains and that requires the monetary policy stance to remain a bit tight at this stage of the business cycle.

Latha: Is it not possible that these cyclical factors could last a goodish bit. When terms of trade turn away from agriculture, they normally do that for five or seven years at least that was what the previous cycle was. So this could be a fairly long cyclical factor that will play in favour of keeping inflation down, isn’t it and by then we could see some structural factors in place. We are hearing of investments in railways, we are hearing of investments in roads as well some policies being put in place for a national food grain market some early efforts to destabilise at least in Karnataka we heard that of the local mandi’s and traders what I am saying is the cycle could be long isn’t it, the cyclical down turn?

A: Inflation is a slow moving beast and thankfully for us both what the government is trying to do in terms of addressing the supply side issues and what the Reserve Bank is trying to do which is get inflation expectations down does suggest that even if there is a growth recovery, which is a baseline scenario, inflation is going to remain quite stable. So, we are expecting inflation to remain around 5-5.50 percent over the next two-three years.

However, what is the Reserve Bank of India’s target. The RBI is actually targeting the inflation to come down to a midpoint of 4 percent by early 2018. Essentially unless the more long-term issues are tackled, bringing down inflation to 4 percent on a sustained basis is going to be very challenging. The government is definitely doing some of the right things when it comes to bringing down inflation but these changes take time to take effect.

If you see the longer term relationship between inflation and capital stock is inverse, so you need a lot more investment every year to build that stock of capital which then brings down inflation because of higher efficiencies so we are moving in the right direction.

Latha: I would rather look at the longer term relation between Reserve Bank and government as well. Do you think they will be able to hold on till 2017?

A: One thing we should not forget is that the business cycle does not stay stagnant and what we are coming out of is almost 2 – 2.5 years of very weak growth. Our expectation is that going forward the growth cycle is going to get better because of various factors from government policy measures to inflation coming down , to commodity prices coming down. The cumulative effect of all those things is yet to show up. So, we are expecting growth to pick up so to that extent the growth sacrifice that is currently being envisaged does not exists so to that extent the political pressure should also be quite less.

Second, you were earlier discussing about Greek and Greece issue and how India was not the first one to fall. How have we arrived at this conclusion? I think one of the reasons we are all saying this is because of the creditability of the Reserve Bank in terms of managing inflation, in terms of managing exchange rates, in terms of what the government s doing is doing on the reform front. Therefore, the last thing we want is for these hard earned gains to actually be just whiled away because of the need to short-term prop up growth.

So, at the end of the day, India does stand out because of certain policies responses so far and we think that this path will continue. There is no growth sacrifice involved here. Growth is going to pick–up gradually, it is going to be more sustainable. We do think that growth is going to pick-up over the course of the next six-nine months. We have already started to see initial signs of that even the most volatile industrial production numbers are picking up if you look at a more smoothen series, so we do expect better numbers on growth ahead.

Latha: Have you all had any discussions in terms of how the Indian banking sector maybe impacted by this Greek issue? The bank stocks are the ones that have fallen the most, 2.5 percent for the Index itself and if you looked at the Nifty, among the big losers have been the banking stocks. Is there something like letter of credit (LC) issue or guarantee’s given? Are our big banks more vulnerable, the more internationally interfacing ones?

A: We have not had any specific discussion and I am not an expert on this to comment but what our European team does say and we know this from the Bank for International Settlements (BIS) data, is that the overall exposure of all banks to Greece has come down significantly in the last three-four years of this crisis which has been playing on and off. So, if the direct exposure of European Bank itself is much lesser today then the exposure of Indian banks to this obviously is going to be a small fraction of that. So, I don’t have the numbers here but I would think that overall exposure is quite less and it is essentially the uncertainty which is causing this at this stage.