In an interview to CNBC-TV18, Anil Jain, MD of Jain Irrigation Systems spoke about the results and his outlook for the company.

Jain Irrigation Systems posted a subdued set of earnings in Q1 as goods and services tax (GST) impacts the quarter and the plastics business margins take a hit.

In an interview to CNBC-TV18, Anil Jain, MD of Jain Irrigation Systems spoke about the results and his outlook for the company.

Got a large order from Karnataka for a micro irrigation project, he added. 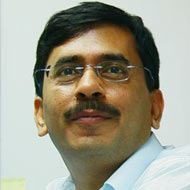 According to him, debt will not be increasing going ahead.

He expects EBITDA to grow by 23-25 percent going ahead.

Jain also expects FY18 to be a robust year for the company.

Latha: Take us through the performance. Plastic division's revenue down 5 percent but earnings before interest, taxes, depreciation and amortisation (EBITDA) was down little more, 20 percent lower. Is this all goods and services (GST) impact and therefore should it wear off in the Q2 itself, the one that we are now in?

A: I believe that should wear off more in the second half when we start using much better capacity utilisation. Most of it was linked to GST because the dealer base, who are in the rural area, they were first time getting onto GST story and didn't wanted to carry inventory, so they could not get credit for invoices which were not excise based in that context because they used to buy from depot and so on, but that is getting settled in the current quarter.

However, overall if you look at the revenues we have done on consolidated level of Rs 1,700 crore odd - that is almost close to about 20 percent of our intended revenue target for the whole year. Last year we did close to about Rs 7,000 crore revenues. We are expecting this year close to about Rs 8,400 crore, so 20 percent growth including the acquisition we did in the last quarter. So all in all we are still on the target for the whole year even though in current quarter some of the margins are low.

Anuj: The segment that has turned best for you is the hi-tech agri input. It is compensating for the other two segments. Do you see this kind of pattern replicating over the next two or three quarters as well or do you think the others will also catch-up?

A: Plastic business will also catch-up. Food business, we recently finished mango season and our order book is very good post the mango season and we could also produce almost 10 percent more mangoes than the last year. So in that context overall, because we already have orders in hand, we expect both the businesses to do well.

Coming back to micro irrigation, we got a large project order during the last quarter in Karnataka. We already have other pending orders in hand.

The September quarter would still remain comparatively weak but that is traditionally weak because during the rainy season we are unable to put either pipe or irrigation systems into farmer's field - that's jus the seasonality of the business.

A: We have talked about the debt earlier that if you look at March '16, our debt to equity was 5. In March '17 debt to equity has come down to 4. We plan that by March '18 it should be down to 3 and thereafter we will take it further by less than 3. So overall that would mean that current year that is March '18 our debt should remain almost at March '17 level even though business will grow by 20 percent - that means more working capital efficiencies and so on and our debt to equity is already less than 1. So going forward debt is not an issue for company's growth overall.

Anuj: You are quite confident about the topline. What about the net profit, the earnings per share (EPS) number. Do you have significant visibility on that as well?

A: We usually do not talk of the EPS number but speaking about EBITDA level, while revenues are expected to grow on consolidated basis at 18-20 percent, we would expect EBITDA to grow by 23-25 percent. So in March '17 the EBITDA was close to Rs 1,000 crore plus and that would mean now it should be above Rs 1,250 crore plus in that context. So overall it should be a good and robust year because one of our cost centres is polymer and oil continues to remain on the lower side so that will continue to benefit us.

Latha: Any issue of receivables. Is it large on your micro irrigation as well if you can give us some guidance on the agri business itself especially the hi-tech agri inputs? What kind of revenue or volume growth you can look at?

In terms of hi-tech business, this business consists of micro irrigation as well as tissue culture business. It was very profitable and a good quarter for us. Going forward because of the orders which we already have in hand on the project, we expect about 20-25 percent growth in India but worldwide because acquisition which have been done, globally this business should grow more than 20 percent for us.Get access to India's fastest growing financial subscriptions service Moneycontrol Pro for as little as Rs 599 for first year. Use the code "GETPRO". Moneycontrol Pro offers you all the information you need for wealth creation including actionable investment ideas, independent research and insights & analysis For more information, check out the Moneycontrol website or mobile app.