Sanjay Manyal of ICICI Direct believes the company may not be able to grow at the rate it has shown in the past quarter but expects the margins to improve hereon.

Below is the verbatim transcript of the interview to CNBC-TV18

Sumaira: The topline at Rs 7,675 crore and profits at Rs 1,018 crore odd. How did these two numbers look to you and what is your assessment of what the volume growth this time around could be?

Nigel: We have the volume number as well. That has come in at around six percent, what was your estimate of the same? We were estimating a number of around four to seven percent. 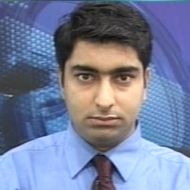 Jain: Six percent is broadly in line with what we were expecting and overall this definitely points to a very good quarter I would say both in terms of margin and topline could be higher but given the price cuts that they have taken it was anticipated that the price component might be a little slower.

Nigel: What is your first take, the numbers look fairly good?

Manyal: If you see the volume numbers, it looks good. We were expecting around 6 percent and it came in at 6 percent. We need to see this kind of a trend continues at least for two or three quarters to get a good signal that this is a consistent kind of a growth. There has been a slowdown reflected in the rural areas so it would be very difficult for the company to continue this kind of growth in the coming quarters. However, at this point of time this quarter it seems 6 percent is a good number. However, we need to again look this number because of the low base also there could be a high growth of 6 percent.

Nigel: What about the operating margins? Our calculations has come in at around 17.7 percent and on the EBITDA front itself it is giving close to around Rs 50-60 crore beat, if I roughly calculate the number over there it is around a Rs 50 crore beat, what is your take, margins have they surprised positively as well?