Vishwavir Ahuja, RBL Bank’s Managing Director and Chief Executive Officer, said on Monday that the bank's unexpectedly high loan growth in the third quarter had put it on track to meet its annual guidance of 30-35 percent.

Speaking to CNBC-TV18, Ahuja said that demonetization that helped India’s youngest listed bank register a strong CASA growth and that he expected 25-30 percent of those deposits to remain with the bank.

The youngest listed bank in the country reported a 59 percent rise in net profit in the quarter ended December because of an increase in both interest as well as non-interest income as it benefited from lower cost of funds.

Ahuja attributed the strong performance to the "handsome growth" of RBL Bank’s corporate business and non-wholesale business. He said that demonetization had affected some segments marginally.

Below is the verbatim transcript of Vishwavir Ahuja’s interview to Anuj Singhal, Latha Venkatesh & Sonia Shenoy on CNBC-TV18.

Latha: Business growth momentum is quite strong despite demonetisation. The expectation was that loan growth will take a bit of a beating this quarter it hasn’t. Can you say the same thing of the current quarter, growth will continue?

A: Business has been strong because of the many vectors of performance that we have put in place in the institution. At the end of the day many of these engines are continuing to do well in the bank, so as we have stated our corporate business has grown in a very handsome manner, our non-wholesale businesses have also grown in a healthy manner. So, that growth momentum is very much there. The demonetisation affected some segments, but that also marginally as far as we are concerned.

Sonia: How much money has come in via the low cost deposit route post demonetisation and how much will get retained in the bank?

A: First let me answer the question on the current account and saving account (CASA). The total accretion to deposits in the quarter was about Rs 3,000 crore which is 10 percent of our previous quarter deposit base. Of which 50 percent was CASA, so, there was a very healthy growth in CASA. I would say off the total CASA growth half of it came because of the demonetisation effect. So, even the non-demonetisation growth in CASA according to me was fairly healthy. What CASA has done is to make that accelerated if I may say that bit. I expect 25-30 percent of that CASA to stay with us in the times going forward and the rest perhaps will go back into the system overtime. However, net-net obviously from a CASA perspective this has worked well for us.

Anuj: What is the guidance for business growth ahead?

A: As far as overall growth is concerned as I said that all our engines are growing the various business engines are growing and the whole point here is that how fast will we continue to grow. So, far our longer term guidance which we have sorted of indicated previously in our previous quarterly results and prior to that during the IPO which is about six months back has been to grow at a compounded annual growth rate of 30-35 percent per annum. I think we are tracking very well in the context of that.

This year for the nine month period, we are already growing at approximately 45 percent on a year-on-year basis. Even on a quarter basis, we have grown basically 46 percent quarter on quarter. That kind of growth momentum is being witnessed which his better than our guidance. We do hope this year to therefore close on a very satisfactory basis in terms of the overall growth. Certainly, it will be better than our long-term guidance.

Latha: Finally, a word on slippages that has also declined quarter on quarter give us some highlights of the stressed assets on your balance sheet as well as what may be the credit cost or the provisioning for the year and for the current quarter?

A: The only restructuring has happened in one case. There was only one case which was a strategic debt restructuring (SDR) case and that is only the one case that has happened. Other than that there has been no other restructuring, no other asset reconstruction companies (ARCs) sales, no sustainable structuring of stressed assets (S4A). Frankly, speaking on all other counts we are NIL or zero in terms of effect. 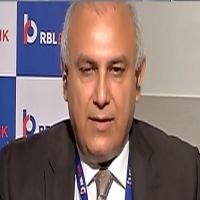 Repatriation flights on May 25: Daily updates on arrivals, departures under Vande Bharat Mission