Flat tractor sales ahead, construction to pick up: Escorts

Escorts posted a 21.5 percent decline in its third quarter net profit to Rs 35.7 crore impacted by lower revenue and operating income in tractor business. Total income fell 9.8 percent to Rs 1,046.4 crore during October-December quarter from Rs 1,159.6 crore in the year-ago period due to 16.6 percent drop in tractor sales volumes.

Discussing the earnings, Bharat Madan, Group Financial Controller at Escorts, said some cost-cutting exercises in the company have been bearing fruit. He feels a normal monsoon prediction this year will be positive for the industry. However, he does not see major jump in tractor sales in the near-term.

Escorts is bullish on construction. The company is hopeful that a revival in the infrastructure sector will actually push demand. “We are expecting the topline to grow on the construction side definitely,” Madan said.

Below is the transcript of Bharat Madan’s interview with CNBC-TV18's Reema Tendulkar and Latha Venkatesh. 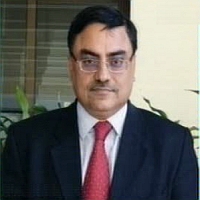 Reema: The company’s performance still looks dismal on a year-on-year (YoY) basis. What stands out is that the performance has improved on a sequential basis. Can we expect an improvement on a quarter-on-quarter (QoQ) basis to continue and if yes, by how much?

A: The quarter isn’t good sequentially but the industry has been below expectation in the last quarter. So we saw a 22 percent decline in the industry and the trend has not changed in January. The March quarter typically is a slightly low quarter compared to December. So we don’t expect volumes to really shoot up in this quarter but yes the improvements on whatever initiatives have been taken by the company on the cost side they have been bearing fruit. So we expect that business will improve but volume will be one of the key which we need to watch out for.

Latha: What exactly is the parameter that impacts tractor demand? Was it because of the subpar monsoon that you saw tractor demand falling and therefore can we expect FY16 to be a better year if the monsoons oblige or is it a deeper rural downturn?

A: Two-three factors, one obviously was lower monsoon which was their last year and because of that lower crop yield has been one of the factor and that crop prices are another dampener which has actually impacted because the food inflation going down which is a very strong correlation to the tractor demand. So that is what has actually impacted the industry adversely and because of that factor the financing sector is also going up which is another reason of concern for us but going forward the expectation is good, the monsoon prediction which we are hearing now, the normal monsoon prediction for this year sounds good for the industry and time the Rabi crop is also expected to be record crop. So, let us see. We are keeping our fingers crossed.

Reema: In the nine months of this fiscal year the company’s revenues have actually fallen by about three to four percent. Do you expect FY16 to be a growth year on your topline and if yes, by how much?

A: If you look at the tractor side we do not expect any major change to happen on the topline front because of the industry. So, in the first six month the industry is more or less expected to be flat or slightly on a lower side. The only recovery after the monsoon we are expecting will happen probably in the second. Though on the construction side we are very bullish and we are hopeful the revival in the infrastructure sector actually will push the demand. So, we are expecting the topline to grow on the construction side definitely.

Latha: You admitted that sequentially you have done well both in construction equipment and in tractor. So firstly about tractor, you don’t think you bottomed out in the previous quarter, second quarter or in the first quarter, you think that the slowdown could persist?

A: Yes, because we saw January which also saw a 30 percent decline in the industry. So, having said that February is also not looking very bright. So the downturn still continues, we expect the revival to start happening from March because it is a festive season which is getting preponed to March. So, we expect the revival activity will start happening from March onwards.

Latha: What about the construction equipments segment, that also sequentially has shown a growth of 7.2 percent, is that looking more sustainable?

Reema: What can you help us with on your margins going ahead; from the previous quarter’s 3.4 percent you have improved it to 4.7 percent. Can they improve going ahead?

A: Like I said a lot depends on the volume. So, this quarter we are not expecting any major volume jump to happen though normally March quarter is low for the industry overall but going forward next year the way things are and whatever cost initiatives the company has taken we expect the improvement in margins will happen in FY16.

A: Market share this quarter has gone up to 10.9 percent. It was 10.4 percent last year. So, it has shown a half percent improvement this quarter.