UPCOMING EVENT:Are you 45+? Planning for retirement? We have just the right webinar for you - Planning for Retirement with Life Insurance on 27-Jan, 3pm. Register now!
you are here: HomeNewsBusinessEarnings

From the third quarter onwards AUMs will grow and that will drive top-line growth going ahead, said Sanjay Chamria, MD, Magma Fincorp.

The company's net interest margin stood at a "healthy" 8.4 percent in the three months ended September on the back of third consecutive quarter reduction in absolute net NPAs, and in the cost of borrowings, a Magma Fincorp release said.

Sanjay Chamria, MD, Magma Fincorp said for three consecutive quarters their net NPAs declined in absolute amount and so despite the marginal decline in net asset  under management (AUM), the net NPA as percentage has gone down to 5.6 percent.

The company has also been increasing provision coverage in order to migrate to 90 days past due basis (dpd) as per the RBI guidelines.

As earlier stated the de-growth in AUM was to last till second quarter, so now from third quarter onwards AUMs will grow. So, growth in AUMs will drive topline growth going ahead, said Chamria. 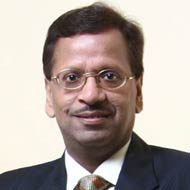 The company aim to reduce gross NPAs by Rs 200 crore in absolute amount for FY18 versus FY17, said Chamria. In mortgage portfolio there are no NPAs of more than one year, he added.

Disbursement in Q2 also grew quarter on quarter, he said, adding that they would look to disburse Rs 500 crore per month going forward.

As of now, 61 percent of their branches have superior asset quality, he said.