DATA STORY: From Black Friday to Big Billion, e-commerce sales are raking in the moolah

E-commerce retailers continue to entice more and more people to carry out their holiday shopping online, changing the way people spend on the holidays.

Shoppers reach out for television sets as they compete to purchase retail items on Black Friday at a store in Sao Paulo, Brazil, November 23, 2017. REUTERS/Paulo Whitaker TPX IMAGES OF THE DAY - RC1810FD6BF0

Black Friday, a day typically marked by long queues in front of stores all across the US, will see more people spending on e-commerce sites as compared to last year.

The first Friday after the Thanksgiving holiday in the country is known for rock-bottom discounts. Data from Deloitte suggests that close to 55 percent of respondents plan to shop online for gifts, increasing online shopping’s lead over mass merchants, where 44 percent of those polled plan to shop.

Also, people with an income of more than USD 100,000 expect 57 percent of their spending to be online and 39 percent in-store. In addition, the rise in e-commerce spending during holidays is still getting stronger. 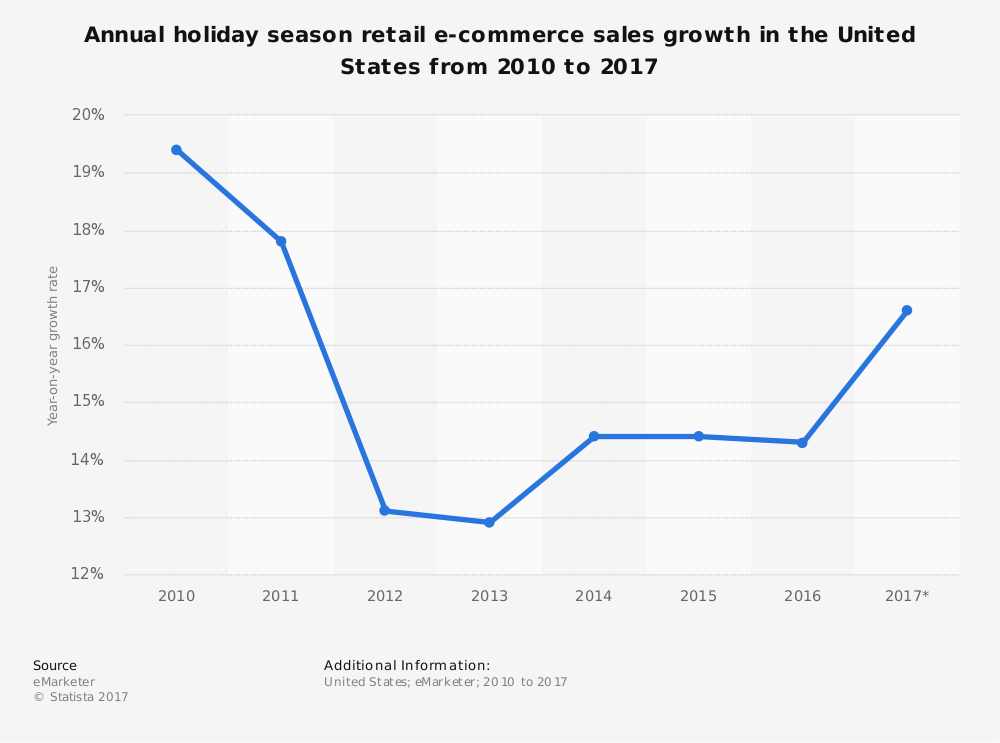 However, holiday spending on e-commerce websites is not only restricted to the United States. While this year’s Thanksgiving sales will most likely bring about another record in US e-commerce history, it won’t come close to matching China’s largest shopping extravaganza.

On November 11 this year, Chinese e-commerce giant Alibaba reported a whopping USD 25 billion in sales on its Singles Day sale. In contrast, the 2016 number for the Cyber Monday e-commerce sales in the United States amounted to a fraction of these sales, collecting USD 6.85 billion with the Black Friday, Thanksgiving and Cyber Monday sales combined.

The data suggests that there are no signs of stopping the upward e-commerce trend. In India, last year, close to 4.65 crore individual goods were collectively shipped by Flipkart, Amazon and the erstwhile Snapdeal sale during Diwali 2016. This would form a significant chunk of the Rs 25,000 crore worth of goods sold last year.

This year's holiday season was marked by multiple standoffs on discount sales between Amazon and Flipkart. While reports of a muted spending during Diwali made the rounds, the Diwali, Dhanteras and the Big Billion Sales might see a healthy growth in the number of individual units shipped.

The exclusive sales on various smartphones from coveted brands was said to be a significant driver of sales for the two e-commerce retailers.

With Amazon’s latest announcement of introducing a war chest of USD 3 billion to tackle Flipkart in India, one can be assured that the aggressive competition between the two e-commerce behemoths will bring about more lucrative deals for shoppers.
Siddhesh Raut
TAGS: #Business #Companies #DATA STORY #Diwali #Economy
first published: Nov 24, 2017 05:22 pm