Several WhatsApp groups focussed on crypto have sprouted in the recent weeks, reflecting the wild popularity of digital currencies. What happens inside these groups? We return with fascinating details.

“What’s the best bet to turn Rs 1 lakh into Rs 5 lakhs in 30-45 days?” my phone buzzes with a WhatsApp message one evening on May 24. Journalists get lots of questions that flummox them. This is one of them.

This question, asked on a WhatsApp group of cryptocurrency enthusiasts, does not elicit any direct response. One member shot off a chart capturing the recent rollercoaster ride of bitcoin prices. But that chart fails miserably in explaining how to multiply one’s investment by five times in one month.

I have spent the last few weeks inside some of India’s cryptocurrency WhatsApp groups. I was allowed into six such groups (one group member thought I’m working undercover to weed out cyber crime). These groups are constantly thrumming with messages, reflecting its astonishing popularity among individual investors.  The constant pings give me Phantom Vibration Syndrome—the feeling that my phone is ringing even when it is not.

But these few weeks have been rewarding. Not financially.  The day I invested in bitcoin happened to be the day it started a fall that hasn’t ended yet, but it helped me get a good peek into the crypto world and the people who are driving its investing frenzy.

I wish I could sum up the experience neatly in one paragraph. But the wildly swinging nature of crypto prices is mirrored in the wildly disparate conversations in these groups.

Some people are investing Rs 20 lakh and losing big time to scams. Others are propagating complex mathematical models to predict future prices. Almost all of them are just in for the ride. And everyone sounds like an expert.

No one says bitcoin. They say BTC. No one says hold. They say hodl (misspelled slang, an inside joke). Everyone has ‘proof’ or ‘evidence’. They summon price charts—never mind some of them from years ago—to vindicate their thesis.

The one thing they don’t have a handle on? Regulation. What the Indian government eventually will do about regulating cryptocurrencies triggers questions and causes some consternation. But the hazy state of rules has not dimmed anyone’s enthusiasm for crypto.

Abhishek Chauhan, 23, stands at six feet and two inches. His ambitions soar above his height. Chauhan is the administrator of Moonshot Plan B (for Bitcoin) Trades, a two-month-old group of crypto investors who look to him and his school friend John Kennedy (yes, it’s his actual name) for investing advice. It is an ambitious gamble because not even founders of crypto exchanges or founders of actual cryptocurrencies have quite been able to predict the wild ride that currencies have undertaken recently.

All bets are officially off. On ‘Crypto talks’, another group, a person predicts it will hit at least $20,000 before recovering again. Who knows? 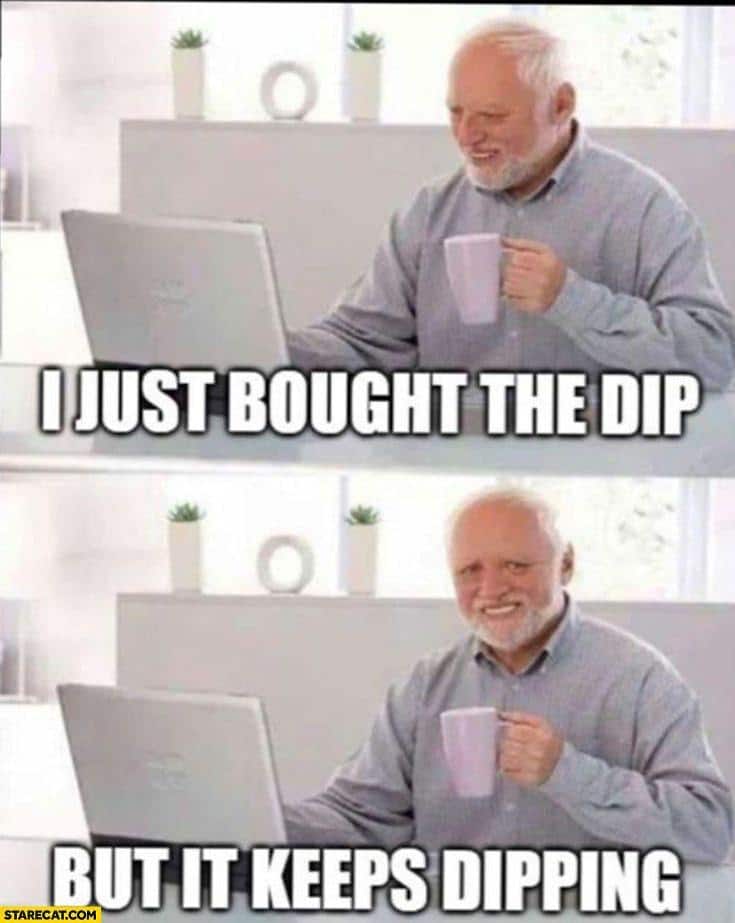 Chauhan’s instructions are a variation of buy, sell and ‘hodl’, with time and price limits for individual currencies. He passes these messages in the organised and efficient way of stock market analysts.

He plans to monetise this in the future, charging a monthly fee from users to access better research sources and help his investors. Early signs are good. His group touched WhatsApp’s 256-member limit, and he has started a second group for newer members.

"I’m quite happy this price correction is happening. It is needed after the rally.”

Being in only for the thrills is alright. Because thrills are guaranteed. Making money isn’t.

Chauhan has been investing since 2017, when as a student, he borrowed money from his parents to invest. He saw an investment of Rs 20,000 in bitcoin rise to Rs 95,000. He didn’t sell. In 2018, when the first major crash following a similar rally happened, he saw it fall to Rs 4000. He was, and is mostly unperturbed by the price movements.

Anatomy of a scam

Not everyone can recount a similar experience. Another investor is lamenting his misfortune. The man, who says he is in virtually every crypto group there exists in India, and who claims to know the finest crypto lawyers and entrepreneurs, has lost about Rs 12-19 lakh (prices have risen after he lost the money) in what he calls a scam. He requested anonymity as he is currently embroiled in legal discussions to get his money back.

This is the WhatsApp message he sent me, edited for brevity.

“In 2018, I met 2 guys in a crypto investment event. They were very knowledgeable about bitcoin, new coins and have an investment firm. They impressed me with their knowledge of trading, showed high profits on their mobile etc.. and I  believed them. They promised a return of 10% per month on my investment. So I transferred 0.48 bitcoin (Note: Everyone can’t afford one whole bitcoin. You can buy tiny fractions of a currency, hoping its value will increase) to his wallet, as an investment, without doing any paperwork (that was a mistake, but thankfully he returned my principal and interest)

I was extremely happy to have received 10% monthly interest without doing any paperwork.

Deal was closed here.  Few months passed by ...  they both invited me to their new, spacious office in a prime location where rent is Rs 40,000 per month. They asked for investment again. This time, I was very greedy for easy money. So I transferred 1.43 BTC from my wallet to his wallet. This happened in March 2019.

And now they deny and say "you invested that as partner; now we are at loss; we can't pay you" ☹️ … the price of 1 bitcoin reached $64,000 ... he made tremendous profit with my funds. I have proof that I transferred bitcoin from my wallet to his. It is reflected in my wallet statement.”

It is a sobering tale, and one I heard from five others, who have all fallen to scams by different people but with the same modus operandi: start a crypto project, raise money, show a little progress, and disappear. Because crypto is decentralised, not regulated and an investment can be traced back to an ID, but not a person, disappearing is particularly easy.

“There are so many scam projects out in the market. See what stage the project is in, what are they raising money for, check the founder’s background carefully,” says Monark Modi, founder and CEO of crypto exchange Bitex.

The administrator of another group is the founder of a coin, one that trended on Twitter a few weeks ago, but he did not want to be named because of the regulatory uncertainty. This admin, as they are known, started the group in 2017 and has, along with his friends and group mates, made a lot of money in recent years.

In the groups he is in, he has seen people pitch many ponzi schemes. The most common one is where one person invites a few people to invest in a project, brings more people in, promises commission for adding people, and keeps passing the buck. Admins of these groups keep removing such bad actors.

To be sure, the cases of people getting conned on these groups are few and far between. Many find it useful. Admins of these groups often get messages thanking them for their advice, and besides the thrill of making money, these people enjoy the community experience. Of watching your fortunes rise and fall together.

Many of them are busy investing, sending predictions to assuage others, sending memes (the one mainstay of every WhatsApp group), and contradicting their own statements. One member reminds others to avoid all the noise and just continue investing. In a flash, he also sends a dozen tweets from crypto experts, and forwards every bit of crypto news he gets, verified or not. He creates the noise he wants to avoid. Everyone is worried about regulation. Some are concerned about the lack of options if they lose money to a ponzi scam because there is no redressal mechanism. Another has unkind words for the the Reserve Bank of India, whose discomfort with crypto is well known, saying it a “short sighted vision”. Another person immediately attempts to correct him, saying they have “no vision at all”. And yet, none of this has stopped any of them from investing, and in fact doubling down when prices have fallen.

Some of these groups work through the night. There are messages at 2 am and at 6 am. I can’t remember the last time I unlocked my phone and there wasn’t a new message from a crypto group.

Investors in, and outside of, these groups have invested thousands, lakhs and in one case tens of lakhs of rupees individually in the last six months, irrespective of the regulatory uncertainty. Group members and admins often warn that investors must do their own research, and that the people giving advice are not responsible for the fate of the investment.

Bitcoin and ether, the best known coins are also the most preferred coins in these groups because they are used for real world projects, and considered legitimate . Some people promote newer coins or other obscure projects they find, but these have fewer takers, given the scamming potential described above.

Group members are also divided over Dogecoin, Shiba Inu Coin, and other meme tokens whose prices have risen and fallen spectacularly, for no real reason except hype and the internet’s warped sense of humour. People are quick to term them ‘shit coins’ and insist that anybody who loses money on these meaningless coins deserves it.

One person holding this view however, privately confessed that he has invested in Dogecoin. “I’m okay to lose it. It's a few thousand bucks. If I make money though it will be hilarious. Seems like a good chance to take,” he told me.

If crypto prices hold up, WhatsApp activity will continue. Admins of groups from 2017 say that half their members have joined in the past six months. And in 2018, when crypto prices fell and RBI enforced a ban, not only did the chats stop, they thought they would have to delete the group, fearing a regulatory crackdown.

Most of these investors seem aware of the risks involved. Only that some realise it too late.

“In today’s world, everyone will give you advice. But you need to make your own calls. It is your money and your risk," said Arjun Vijay, cofounder of crypto exchange Giottus.

“Investing in crypto is like a lottery. It comes with very high volatility. Doing proper research before investment reduces downside and increases the chances of upside."

If crypto investing is like lottery or gambling, these WhatsApp groups are the Las Vegas of bitcoin or dogecoin trading. Just that what happens in these groups, does not stay in these groups.
Invite your friends and family to sign up for MC Tech 3, our daily newsletter that breaks down the biggest tech and startup stories of the day