NOTHING AS A FREE JAB

The Indian government, or precisely ICMR’s, involvement with Covaxin is more than just giving the SARS-CoV-2 strain or helping developer Bharat Biotech in clinical trials and data publishing. It runs rather deep and there is commercial interest as well, we are told. The recent affidavit filed by the government in Supreme Court revealed for the first time that ICMR will get 5 percent royalty on net sales. (This is in addition to 5 percent GST that govt collects on vaccines.) To be sure, no one objects to ICMR making some money for the services it offered to Bharat Biotech, but what vaccine industry insiders wonder is the conflict of interest angle, especially when vaccine makers were given freedom to set prices to states and the private market. Jab for thought?

While corporates have anti-sexual harassment policies in place, remote working has brought in new challenges. A handful of complaints have been filed over the past six months across companies against virtual sexual harassment where video conferencing tools have been used to share explicit content and inappropriate messaging. This has led to legal teams across large corporates swinging into action to tweak their HR policies to include e-harassment in their PoSH policies.

From where will West Bengal Chief Minister Mamata Banerjee fight a bypoll to enter the state assembly? There is intense speculation over the same after Banerjee lost from Nandigram and needs to be elected within six months. Bets are on the Khardah seat in North 24 Parganas district where the TMC winning candidate, Kajal Sinha, passed away due to COVID-19, after votes were cast on the seat but before the results came out. There are four other seats which are also scheduled for bypolls, including Dinhata and Ramaghat of the two BJP MPs who resigned from their MLA seats, and Jangipur and Shamshergunj seats in Muslim-dominated Murshidabad where two candidates passed away due to COVID-19 before votes could be cast. If Banerjee fights from either of the latter two seats, it could be a big message to the Muslim community, which is fully consolidated behind her party Trinamool Congress in the just-concluded elections.

Last week, Karnataka Chief Minister BS Yediyurappa decreed that he and his ministerial colleagues would forego a year’s worth of salary from May, and that the money would be deposited in the state’s COVID-19 relief fund. This move was generally welcomed by the public, who mostly believe that an honest minister is an oxymoron. But what about those ministers who happen to be morons in the eyes of their colleagues? These rare exceptions have no source of income other than their ministerial salaries. Now, after the chief minister’s grand gesture, they are at a loss as to how to make ends meet. Enforced generosity, it appears, is no friend of personal honesty.

Cybersecurity breaches at internet startups and corporate firms have become more common than ever, especially post the outbreak of COVID-19. Not surprisingly, demand for cybersecurity services have skyrocketed over the last year. However, it would seem that even cybersecurity companies are not spared by the sophisticated cyberattackers! Our birdies tell us that the website of an Indian cybersecurity company was hacked recently. According to the Bengaluru-based executive of the firm, they were able to fix the vulnerability in 1.5 hours and restore the site with no loss of data. The quick action was not very surprising considering that it is a security firm and is expected to be more agile in handling threats than others. But the incident goes to show that hackers are leaving no stone unturned in their pursuit for data, or perhaps cheap thrills. 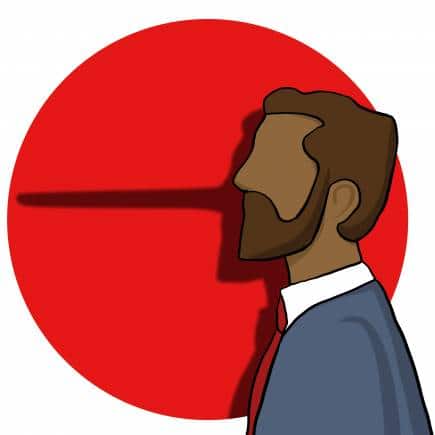 An infamous corporate-banking nexus case, the tale of an unholy relationship, that has almost died down by now, has more interesting elements to it, which are unknown yet to the public eye. That’s the word coming in from one of our little birdies. The person, who apparently played a key role in the entire dubious transaction is still behind the curtains, probably heaving a sigh of relief. We hear the person has got significant kickbacks for the illegal job; may not be in hard cash but in other usable ways. It is unusual for someone in that rank to hope for something like that in a normal scenario. But, that way, nothing was 'normal' about this whole episode. The question is how long will the mask be on?

Solid, reliable IT infrastructure seems to be the buzz word among lenders these days. After all, who wants to come under the regulator’s radar for the wrong reasons. We hear two private sector players are aggressively setting up IT infra. One has hired as many as 2,500 people in the last month in the south. The other player has taken on board 2,000 employees and is gearing up for a full-fledged IT infra revamp.

Let’s shift focus now to deal street. A leading MNC is very keen to shed some flab from its Indian operations and divest select brands as it looks to take on its arch rival. We hear the entire sale process may be fast-tracked. Why? Well, that’s because the internal target is to wind up this deal and spruce up the domestic operations before the new head honcho takes over. And that’s happening in the next few months.

A food delivery unicorn is on the way to a well-publicised IPO, but its rival is not impressed. We heard that the rival finds some of the metrics misleading, including the average order value and market share. Insiders at this rival firm say that one upmanship is common in investor meetings and gossip sessions, but putting these numbers in the official DRHP may be unfair. Is it just jealously, a competitive streak, or whether these claims have merit? We will keep you posted.

In the last two years, there have been a number of books on the Indian startup scene, written by founders, investors and reporters. There could be one more addition soon, with a top journalist working on the biography of a software unicorn. The book is authorised by its subject, so we are not sure whether it will have the inside details and critical accounts technology books are known for, but we are excited nevertheless!

Harsh Goenka is not the only titan from India Inc who tweets in a lighter vein. Biocon head honcho Kiran Mazumdar Shaw took to the social media platform last week to share a joke on the lingering uncertainties related to the domestic vaccination programme. “The vaccine situation in India is like arranged marriage. First u r not ready, then u don’t like any, then u don’t get any!! Those who got are unhappy thinking may be the other one would have been better. Those who did not get any are willing to get any one!,” she tweeted. Nothing like some humour to keep the spirits high in these challenging times.