Prashant Kumar, former Deputy Managing Director and CFO of State Bank of India (SBI), was a serving officer of the bank till March 5 when he was asked to resign and take up the role of an RBI-appointed administrator in Yes Bank, a source told Moneycontrol.

Prashant, a trusted aide of SBI Chairman Rajnish Kumar, joined the bank on December 9, 1983 as a probationary officer. He was scheduled to retire in December on turning 60.

What this hurried exercise means is that SBI, which is piloting the Yes Bank rescue plan, wants one of its senior officers to head the bank while keeping an arm’s length from the troubled entity.

After the bail out, Yes Bank will likely retain its identity while the consortium will spread the risk amongst them by pooling in capital. “SBI wants to retain Yes Bank as a separate entity and only provide capital along with others in the consortium till the time the whitewashing is done,” a source said, adding: “Only after the mess is cleared up, SBI may look at options of merging at a later stage.”

To catch all live updates on this developing story, click here....

Prashant is known as a trouble-shooter in SBI circles. Till recently, he was present in the meeting with bank employee trade unions to negotiate wages and other demands of employees. “Kumar has been rewarded for his experience and trouble-shooting skills,” the source said.

SBI was forced to bail out Yes Bank?Given an option, SBI would have stayed out of the Yes Bank deal given the extent of its stressed assets, a source said, adding: “No other bank has the financial muscle to pull it off. They didn’t have the option but to follow the directions from the Reserve Bank.”

Yes Bank was facing problems ever since its co-founder Rana Kapoor exited the bank in early 2019 after he was denied permission for an extension by RBI.

The new CEO, former Deutsche-bank veteran, Ravneet Gill was brought in to guide the bank out of the crisis phase by bringing in investors. But, even after a year, Gill couldn’t attract credible investors. He recently roped in Anshu Jain, his former colleague at Deutsche Bank, to win over investors. But even Jain couldn’t convince investors to put money on the table.

On March 5, Yes Bank was placed under moratorium and its board superseded by RBI.

The big puzzle for the SBI-led consortium will be to assess the real extent of the stress in Yes Bank’s books. While about Rs 30,000 crore is perceived to be the stressed assets on Yes Bank’s books, there are speculations in the market that it could be well over Rs 50,000 crore as the industry as whole has been witnessing a rise in NPAs on account of the economic slowdown. 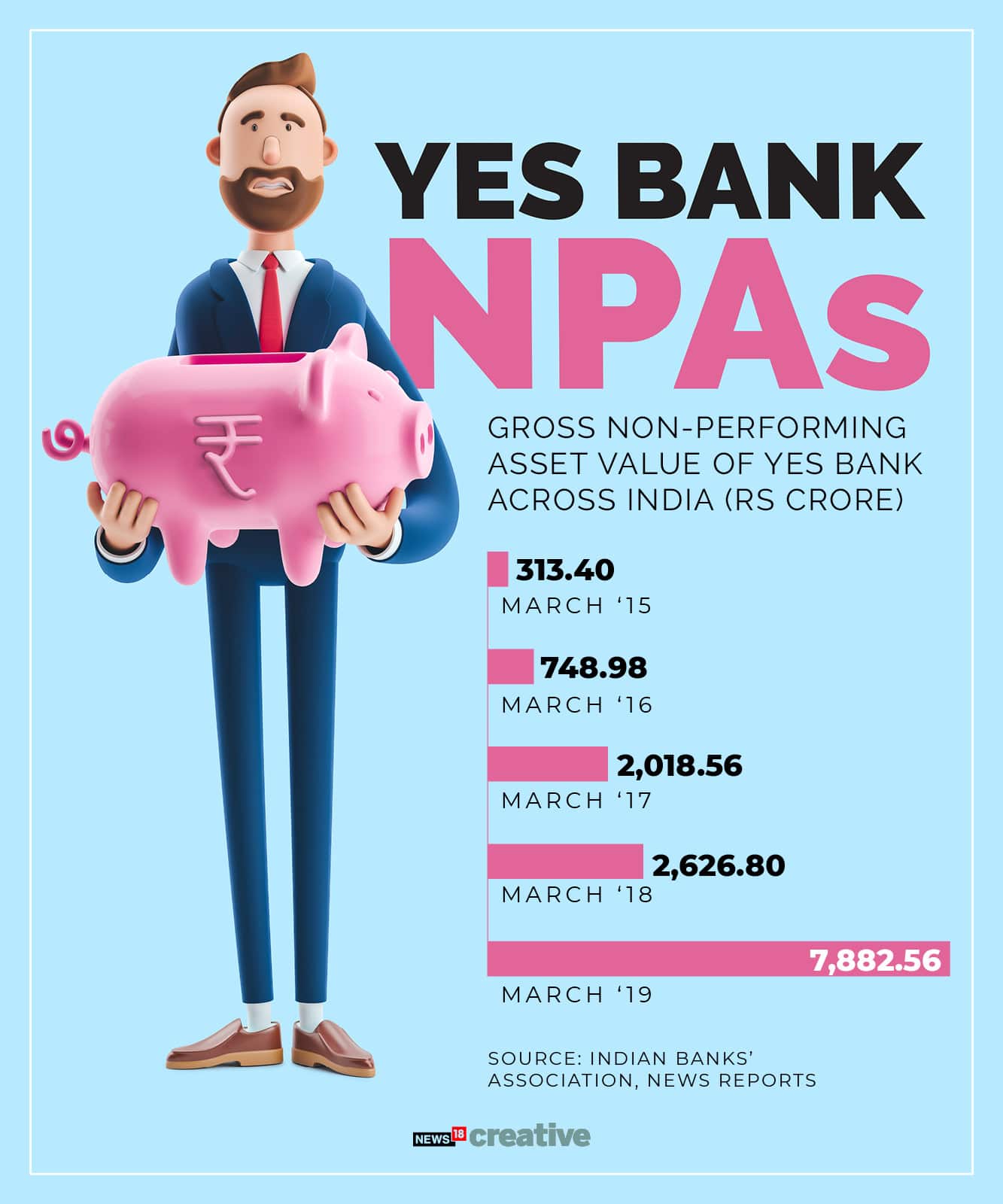 Yes Bank's NPAs over the years