172@29@17@138!~!172@29@0@53!~!|news|business|companies|without-change-infosys-will-become-irrelevant-management-guru-vijay-govindarajan-2366313.html?utm_source=MC_OpeninApp!~!news|moneycontrol|com!~!|controller|infinite_scroll_article.php!~!is_mobile=false
Subscribe to PRO at just Rs.33 per month. Use code SUPERPRO
you are here: HomeNewsBusinessCompanies

In an interview to CNBC-TV18, Management Guru Vijay Govindarajan shared his takeaways on the boardroom battle at Infosys and gave some insights into what the future may hold.

Vijay Govindarajan, Coxe Distinguished Professor at Dartmouth College's Tuck School of Business and Marvin Bower Fellow at Harvard Business School is someone who has a unique perspective on the Infosys saga.

He has been rated as a top fifty management thinker by the London Times.

He has served as a consultant to CEOs and management teams and more than 25 percent of the companies listed in the Fortune 500.

Just a few days ago, Vijay has written on the role that active founders play in the dynamics of a company. He says "firms where family members or founders continue to play a role, it becomes a double-edged sword." 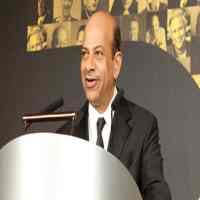 In an interview to CNBC-TV18, Management Guru Vijay Govindarajan shared his takeaways on the boardroom battle at Infosys and gave some insights into what the future may hold.

According to him, without change, Infosys will become irrelevant.

He said that NRN Murthy is questioning values and not the strategic decisions, at Infosys.

He thinks it is important for Infosys to attract the best talents for position of a CEO.

Latha: What is your comment on Narayana Murthy’s tirade against the Infosys board on issues like CEO pay, severance pay, acquisitions, etc.?

A: We have to step back and look at the situation. When you bring a new Chief Executive Officer (CEO), in this case he happens to be an expat, one of the things he brings is clearly very highly qualified person, PhD in Artificial Science from Stanford, really a competent person, but also you have to evaluate the person on fit. By fit I mean with regard to culture, values, etc., that something you can never give up.

In some sense Narayana Murthy who I happen to know quite well, he is a man of high personal integrity, we cannot forget that he and his promoters founded a phenomenal company and built a phenomenal company based on values. I think that is what is at play here that there has been some fundamental conflict in values between the new CEO and the values with which Infosys was built and that is coming out. That is what we have seen.

Now should it have come into the open, can this be dealt with in some other way, those are very legitimate questions because the moment it comes out in the open and gets provocative and we are having these kinds of media interviews, this does no good either for employees, or customers, or for Infosys.

Latha: Did I understand you right, is your point that NRN Murthy should have stayed on if he wanted Infosys to have his Gandhi values or selected a CEO like him, but now having agreed to a Silicon Valley CEO, he should not have interfered?

A: This is what I would say. My own personal view is when you pick a CEO, the previous CEO should really leave and give the new CEO completely free hand. I really believe that especially if you want change and if you really want continuity, it is one thing, but they brought someone to bring about change in Infosys.

If that leader absolutely needed because without change Infosys will become irrelevant. In fact I would say the entire IT services sector in India which is about 20 years old, that game is over. All these IT services companies will have to wake up to that. This is not a minor shift, this is a humongous shift and therefore bringing in someone who will bring about that shift implies to me that the previous founders or family members, or previous CEOs should really give a free hand to the new person. That is the only way they can bring about change.

Anuj: Would you fault the Infosys board in any fashion?

A: The board plays a corporate governance role and the board again in this instance, both in selecting the CEO, as well as providing the air cover, board has an important role to play there as well. Therefore this is one instance where I say there is -- I can see why each person acted the way they did but there is enough blame to go around.

Latha: What should be the way forward for Infosys?

A: That is the most important question to me. Therefore this is what I would say that everybody has to take a deep breathe, this is not a time to escalate this conflict anymore. These are very reasonable people, Narayana Murthy is only deeply he wants Infosys to succeed.

By the way, all the issues that Narayana Murthy is bringing up, he is really not questioning so much the strategic decisions made by the CEO who resigned, but mostly the values, even the questions he is asking about frugality and about pay and things like that about over paying for acquisition, he is not really questioning the strategic direction. He is questioning values. However, things coming out into the open like this is escalating in my opinion.

Infosys is an iconic company. It is almost India Inc synonymous with Infosys. I want Infosys to succeed therefore everybody should find a way to deescalate which means try to get together and see what the issues are, put that behind, and then pick the next CEO. I would say this, when you are picking a CEO, for instance compensation was an issue that was brought out, the previous CEO was not comparing compensation with other IT services firms in India, he is a Silicon Valley guy, therefore he is comparing what he would get paid in Silicon Valley; this is the new reality.

You want to bring someone like that, you have to accept that their standards would not be like the frugality that is practiced in India. Is it important for Infosys to attract the very best talent as the next CEO? I absolutely believe that. If Infosys picks the next CEO who will only do incremental moves, Infosys as an organization will not exists, it will die. We need major transformations in this company. For that matter we need major transformation in every one of the IT services companies in India and that requires people who have courage, who are risk takers just like the way Narayana Murthy and his promoters took risks and built a great company. That game is over, that arbitrage game is over.

We need to think about how to position this company for the future. That does not mean you need to get someone from Silicon Valley, there are some very smart people in India, you can pick them too. However, this is a time for the board to really sit down and think the right next leader and do not compromise on that decision and pick someone who would be just status quo; that would be a serious mistake.