Dahiya feels that like a sportsman, for an entrepreneur, it’s the same, you have to prepare, act and stay on top of your game

Policybazaar CEO and co-founder Yashish Dahiya follows a gruelling fitness regime each morning.  He can cycle for over a 100 km and run over 50 km at a stretch.

It’s this fitness regime that has helped the 45-year old CEO to survive the downturns in business even when the regulator and insurance companies stood against this startup, a few years ago.

“Be it running a successful business or approaching an active lifestyle, both require you to startup early and make it your habit,” says Dahiya, who started PolicyBazaar in 2008, when the world financial markets were collapsing.

“Running a business is a 24x7 job and if you aren’t committed or excited about it from the beginning, it would take you nowhere. Anyone who has ever played a competitive sport knows that if you aren’t willing to work hard and play solely on talent, you might win a few battles but won’t earn respect as a player and grow bigger,” says Dahiya. 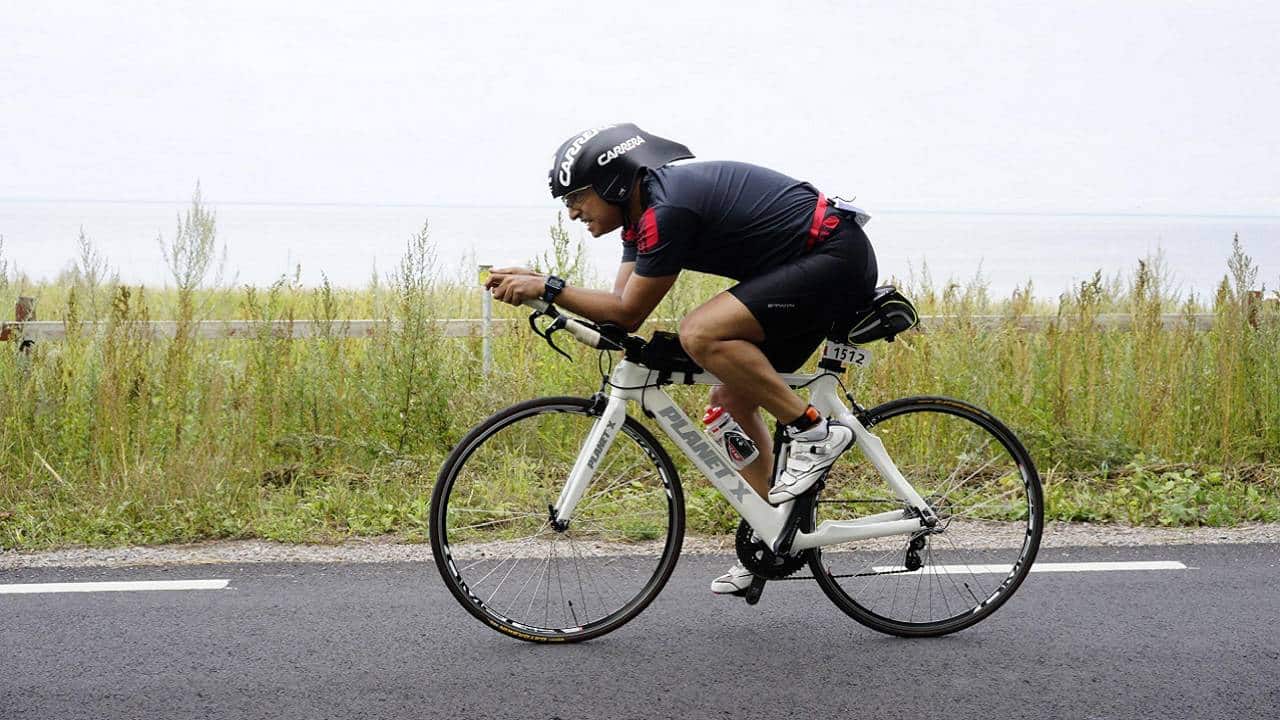 He was advised by one of his prime investors to wind down the business, after Insurance Regulatory and Development Authority (IRDA) came out with guidelines that would prevent intermediaries from transactions, a few years ago.

Dahiya, the son of an Army man kept the lights on. “Like a sportsman, for an entrepreneur, it’s the same, you have to prepare, act and stay on top of your game on a daily basis,” he adds.

He started swimming a little late in life but hasn’t left since then on a daily basis. “Sport teaches you to have a positive attitude towards life and keeps you energetic,” he adds.

Policybazaar raised a USD 4.3 million round from Sanjiv Bikhchandani-led InfoEdge India in 2008. It was only after three years that the company managed to raise its Series A round of USD 8.9 million.

It's not a wonder that the Policybazaar CEO loves to hire colleagues who are also athletes. Jerry Bhutia, Associate Directors - Life Insurance Operations at PolicyBazaar is also a sportsman. The head of administration is heavily into running and cycling. Company’s group assistant vice president for communications has played Table Tennis at National level and for Leicestershire County in the UK.

“Many companies today have even started hiring people who have an athlete background and there are good reasons behind it. You can train an employee on the job requirements, but you can’t change their work ethics but athletes already have that dedication,” adds Dahiya, who lives in Gurgaon but often travels to the UK where his family lives.

Prior to starting Policybazaar, he had worked in the UK with online travel aggregation firm eBookers. Employees who are athletes have strong commitment levels, he mentions.  “This has taught me to stay intact even when the time is rough and the tide is against you. Commit to yourself, it’s the best challenge to face and focus. Sports can teach you how to maintain determination and optimism in the difficult times,” he tells Moneycontrol.

Dahiya is not alone. Many global CEOs have played sports in the past including Meg Whitman who was a champion at tennis and basketball at the collegiate level. Former GE CEO Jeff Immelt played football for Dartmouth.

Ironman Triathlon changed him as a CEO

At the time of preparing for Ironman Triathlon, Dahiya swam 3.86 km, cycled 180 km and ran 42 km consecutively. For completing the triathlon, he had to achieve all this within just 12 hours.

It took a rigorous training and unfaltering discipline to achieve this within under 12 hours. It isn’t like I was confident throughout, I had my highs and lows but I knew the value of the commitment.

“A sport tests your abilities to the hardest. It might break you at some places or fill you with happiness at others but what you need to remember is don’t get lost in between. While training for Ironman, at one point my fatigue built up, I started struggling, nerves started getting the better of me. I was prepared for it,” Dahiya tells Moneycontrol.

He had started preparing for the triathlon a year and a half before.

“If you are preparing for a swimming championship or for a new business model, preparation is crucial. It lays the institution of a positive outcome. There can be no shortcuts,” he adds.

Policybazaar has raised about USD 83 million but has remained a cash conservative company.

He likes to conserve cash in business and energy in sports for the final push. The company last raised USD 40 million in 2015 from a slew of investors including Premji Invest, Steadview Capital, Ribbit Capital, and Tiger Global Management.

The company has also got new rivals such as Coverfox, EasyPolicy, and Turtlemint.  “Staying fit and healthy plays a big role in sound and rationale decision making at work. As an entrepreneur striving for bigger goals, these traits become very critical. Sports has also taught me to stop bothering about competition,” he adds.
TAGS: #PolicyBazaar #Startup #Yashish Dahiya
first published: Apr 20, 2017 03:49 pm