Was looking for over Rs 900/shr for CARE stake: IDBI Bank

IDBI Bank was looking for over Rs 900 a share and the bids it received were below that price. IDBI Bank holds close to 17 percent in CARE and had put up its stake for sale

IDBI Bank rejected bids for its stake in rating agency CARE Ratings as the price was below what it was expecting, the bank’s CMD, MS Raghavan told CNBC-TV18.

IDBI Bank was looking for over Rs 900 a share and the bids it received were below that price. IDBI Bank holds close to 17 percent in CARE and had put up its stake for sale. Other state-owned banks like Canara Bank and SBI, and domestic financial institutions had also put their stakes on sale. In all, including IDBI Bank’s stake, 45 percent of CARE was on offer. According to a report in The Economic Times, Barings Asia was the sole bidder for the entire block.

In an interview to CNBC-TV18’s Latha Venkatesh and Sonia Shenoy, Raghavan said his company would look for investors to rebid, but added that IDBI Bank was in no hurry to sell its non-core investments, like the stakes in CARE, NSE, ARCIL and other companies.

He said IDBI Bank did not have any exposure to distribution companies and that fresh slippages in the current quarter would be lower than that in the previous quarter. 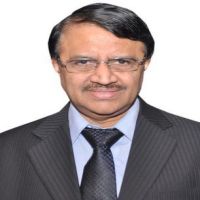 Speaking to CNBC-TV18, Rajesh Mokashi, deputy managing director, CARE Ratings said his company was looking to grow its research business through acquisitions if there were opportunities.

On Moody’s open offer for ICRA, Mokashi said it reflected confidence in the debt market. Rating agencies’ earnings depend on the growth of the debt market. More the companies raising debt, greater will be the demand for ratings.

Latha: Why did you reject all the offers that came in?

Raghavan: There was a target price band that we had fixed for ourselves.

Latha: What was your target and what did the offer come at?

Raghavan: It was close to Rs 850 to Rs 900 plus. We had a price band fixed for us to offload the shares. However, the offer was much less so we opted out of this.

Sonia: Can you tell us who the bidders are?

Mokashi: There were few private equity players who were the bidders.

Latha: When will you make the next sale effort?

Raghavan: IDBI hold shares in Credit Analysis and Research Ltd (CARE), National Securities Depository Limited (NSDL) etc; we are either co-promoters or founder members of these companies. So, as and when it is required for us and we find it opportune for us to dilute this and then augment our capital, we would like to unlock the values. This was an attempt to unlock the values which we have booked in the past especially in times when there is a need for unlocking the value to augment our capital.

Latha: Would you have an expectation that you can do better next time, now that Moody’s have given a very handsome share price for the ICRA shares. Would that be any positive indication that going ahead waiting out is a better strategy?

Raghavan: This is a very encouraging development for but we have to decide. It is not only IDBI; there are other investors including Canara Bank and State Bank of India (SBI). We have to sit with them and discuss and decide on future course of action and we need to discuss it in our board as well.

Sonia: What will suit CARE better at this point in time? Are you looking for a strategic investor or is it more a financial investor that care would be more comfortable with?

Mokashi: Not much thought has been given to this aspect at this point of time but I would like to throw some light on the news about under CRA, where you have seen an offer being made by the international partner and in a way that reflects the confidence in the Indian rating market because the international partner has been waiting for so long and holding much less stake. However, as an analyst one can conclude that this is a good opportune time from a market perspective; these international CRA is showing the confidence in the Indian markets.

Latha: How has business been?

Mokashi: The first three quarters seen the results of CARE and we have topline growth of 16 percent, bottomline growth of around 12 percent. However, the other challenges that the banking system is facing. In light of general economic slowdown these are reasonably good numbers.