In an interview with CNBC-TV18, JSW‘s CMD Sajjan Jindal said the company is looking to acquire ports in eastern and western coasts to ease cargo traffic.

JSW is looking to invest in ports on the western and eastern coasts, the company’s CMD Sajjan Jindal told CNBC-TV18.

The company will either acquire or build ports to ease cargo traffic on the eastern coast, Jindal said. JSW already has a port on the western coast.

Jindal said the management has initiated the acquisition process, adding that support from Indian railway will be important.

The company has signed a JV with the government to build a 34 kilometer-rail link to connect JSW’s Jaigarh Port with Konkan Railways. 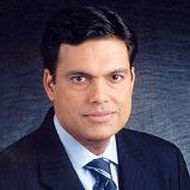 Q: Tell us about the JV with government.

A: Basically this is a joint venture (JV) to bring connectivity to Jaigarh port, which is South of Mumbai port and belongs to JSW Ports to the Konkna Railway. There is a gap of about 34 kilometres. This is a very difficult terrain in the Konkan area where 18 kilometres out of the 33 kilometres is going to be tunnels. It is a very complicated project but it is very interesting project.

This is a first of its kind that public-private partnership (PPP) between a private party and Konkan Railway Corporation Ltd (KRCL) and will take place with government of Maharashtra where Maharashtra Maritime Board is also going to invest. It is a very good model and I hope many such projects would come up in the future whereby the real development of Maharashtra would happen in this mode.

Q: JSW Group has already presence in ports in two states, Goa and Maharashtra and a year ago, we did hear out from JSW Group that you have investment target over Rs 10,000 crore to expand its port presence and in terms of five-six new ports terminals to be created. Could you outline on that plan as well?

If these ports are connected together then a lot of traffic of India from the east to the west can move through waterways. Nitin Gadkari is also emphasizing to move more and more cargo. Therefore, as a company, we want to build ports on the east coast as well or acquire certain ports. Everything is at the moment is work in progress.