Upcoming Event:\Option Writing Masterclass by Shubham Agarwal: a session power packed with lots of intelligence and tactics required to sell write options, on 13th July at 5pm. Register Now
you are here: HomeNewsBusinessCompanies

The man behind Paul John whisky on his single-malt journey, drink-making philosophy and premium gin in the works

Last week, Jim Murray named Paul John Mithuna as the world’s third finest in his Whisky Bible 2021, the latest in a line of awards — over 250 — won by John Distilleries for its various expressions. Here is an interview with Paul P John, its chairman and managing director

Late last week, the highly influential whisky guru Jim Murray named Paul John Mithuna as the world’s third finest in his Whisky Bible 2021. Mithuna is part of Paul John’s Zodiac series and an earlier expression named Kanya was adjudged by Murray as the Best Asian Whisky in 2018. The acclaim for Mithuna is the latest in a line of awards—more than 250— won by John Distilleries for its various expressions. John Distilleries, which was set up in 1992 and in which US drinks giant Sazerac is an active stakeholder, is based in Goa and also produces, among others, the popular Original Choice whisky. In an interview with Moneycontrol, Paul P John, its chairman and managing director, talks about his single-malt journey which began in 2012, his whisky-making philosophy and a premium gin he is working on at the moment.

When you first decided to make single malt whisky in India, in around 2008, did you set yourself any targets?

I’m not sure if there were targets as such. All I wanted to know is that if we could attempt to make whisky in India that was as good as any in the world. Plus, I was certain I wanted it to have a distinct, fruity character.

I visited as many Scottish distilleries as was possible, and since the water used is instrumental when it comes to the making of a good whisky, I even got water from Scotland and had it tested at our distillery in Goa. The water we use for our whiskies is from Goa and it is as good as any. When we entered the fourth year, I knew that we were on the right track. I also chose to go the No-Age-Statement way because the age of a whisky does not determine its quality. That is even truer when it comes to a tropical country like India where whisky matures really quickly. 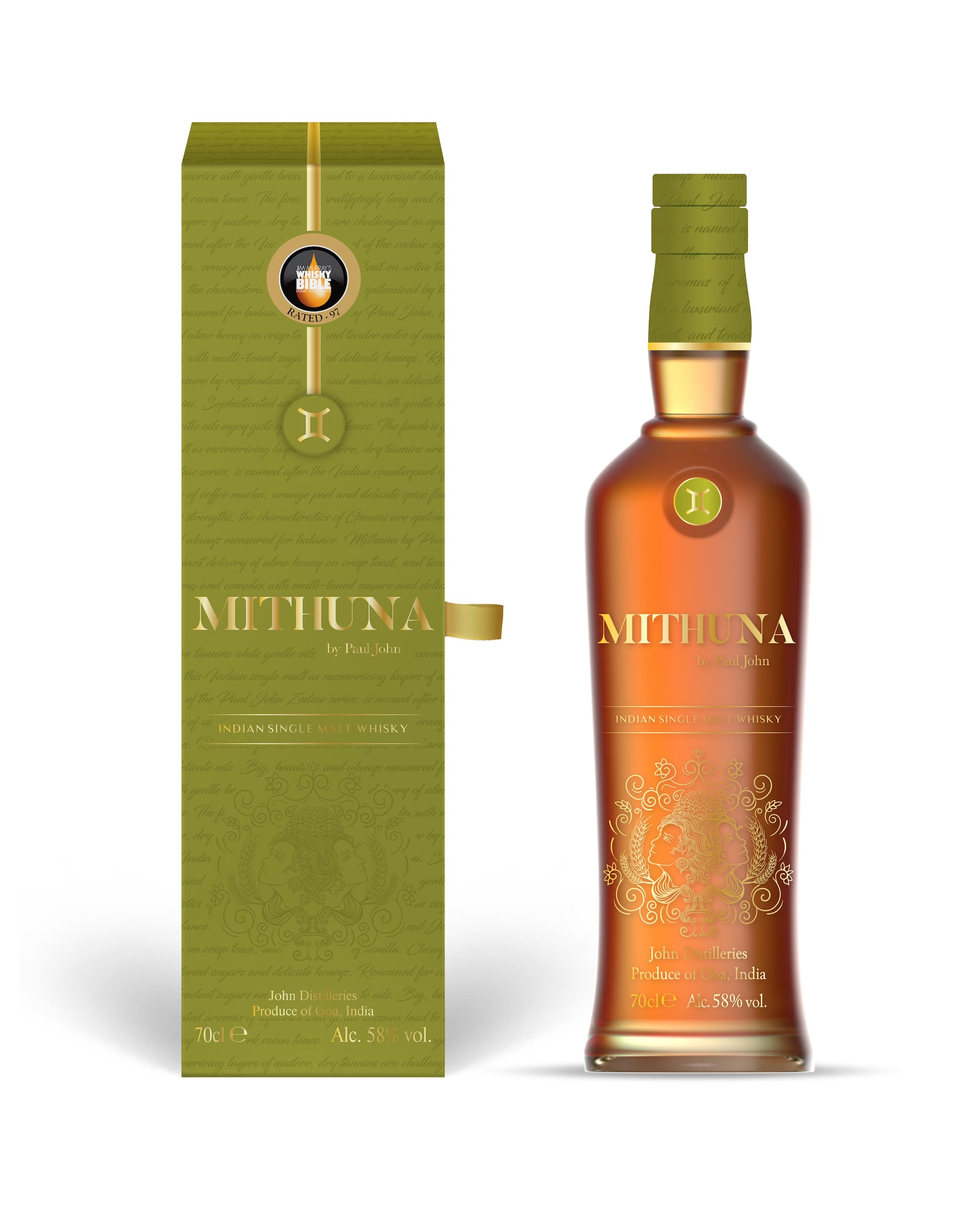 Some years ago, you had spoken about Original Choice whisky achieving the 10-million sales landmark as the highlight of your career. How does the success of Paul John whisky measure when compared to that achievement?

Original Choice will always be special. It is our flagship brand and one of the world’s largest-selling whiskies. We sell over 12 million cases annually. But to earn the kind of acclaim we have been earning over the years is a great feeling. It is also a vindication of my belief that when you put quality first, all else will follow. For example, we use six-row barley sourced from north India, which is low-yielding in terms of sugars, but we persist with it because it is among the factors that make our whisky what it is. Whisky has also been a longstanding passion and it fits neatly into my other pursuits that, one could say, revolve around the good life. I used to have a pilot’s licence when I lived in the US in the early 2000s and have owned Cessnas and a Lear Jet. But unfortunately, I no longer have the time to pursue it. I’m also interested in travel and hospitality and that led me to build the Kumarakom Lake Resort and more recently, the Coorg Wilderness Resort.

What has changed for Paul John after the stake sale to Sazerac?

Our products are now a lot more visible across the world and we also tap into their technical knowhow. That apart, we also have access to a much larger variety of casks than before. As importantly, having us as a partner also helps them prepare for their innings here. We recently launched Sazerac’s Fireball (cinnamon-flavoured whisky), Benchmark whiskey, Buffalo Trace bourbon and Sazerac Rye Whiskey in India.

What kind of whiskies do have in your home bar and which brands do you admire among non-Scottish whiskies?

Among non-Scottish single malts, I especially like Kavalan. They have some extremely interesting variants. I have a sizeable whisky collection, both here in Florida and in Bangalore. Among my more recent purchases that I especially recommend is the Bunnahabhain 32 Year Old, which is bottled from a single cask and the Glenfiddich 40 Year Old.

What can lovers of fine spirits expect next from Paul John?

We will of course continue with our Zodiac series. We are also working on a premium gin and that should hopefully take off next year.