The company board has approved to acquire around 51 percent to 61.88 percent shares in Phoenix Lamps at a price of Rs 89 per share

“We are making an open offer to the shareholders of Phoenix Lamps at a price of Rs 100 per share which is 60 days weighted average price of the stock in both the bourses,” said Rai.

The entire deal will be done in two tranches, in which the company will have to pay Rs 124-125 crore in the first tranch. Phoenix Lamps is perfect fit for Suprajit Engineering as it is a cash generating company with single product specialty, added Rai.

Reema: Can you walk us through the rationale for acquiring a majority stake in Phoenix Lamps? 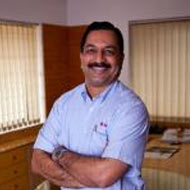 A: Suprajit Engineering just announced after our board meeting that we will be making an open offer for the shareholders of Phoenix Lamps subject to a Sales and Purchase Agreement (SPA) that we have signed with through active group or fund based funds called Argon India and Argon South Asia Limited for acquisition of 51 percent of their stake. The range of stake purchase will be 51-61.88 percent at a price of Rs 89 from them. Subsequent to that as an open offer we are making offer to the shareholders of Phoenix Lamps at a price of Rs 100 per share which is 60 days weighted average price of the stock in both the bourses.

We just concluded the SPA, we sought subject to statutory approvals and things like Reserve Bank of India (RBI) and SEBI related issues.

Sumaira: At Rs 89 a share for this stake, what is the entire quantum that you will be spending?

A: The share capital of Phoenix Lamps is about 28.3 or 28.4 million shares. This is done in two tranches - the initial tranche subject to necessary approvals is 51 percent which would amount to about 49 odd million shares. Subsequent to the open offer we are trying to see what would be the response to the open offer and based on the response we will take the balance. Right now, the owners have 61.88 percent and if we are still below 75 percent threshold limit for listing, we will then buy the balance shares from the same current owner.

Reema: You indicated that in the initial tranche you will buy 49 million shares. If I calculate it at a price Rs 89 per share which according to your share purchase agreement turns out to be close to around Rs 400 crore.

A: No, you got it wrong. The consideration is much lower than that.

A: That will probably be the first tranche. Then there is also a stub left over which we have an option to buy subsequently.

Reema: But when we last spoke to you, you indicated you had cash of around Rs 100 crore in your books, this was when we had done an interview with you in December 2014. So, in the tranche your amount that you need to pay out is more than the cash in the books. How will you be funding the first tranche as well as the subsequent open offer?

A: Subsequent to our last conversation, we have had additional cash generations in the company. As you know we are a continuously cash generating company and as at end of March 31, we have about Rs 120-125 crore in our balance sheet in liquid assets, which we will utilize.

The shortfall, depending upon what would be the response to the open offer, is very subjective; very difficult to put a figure, but even, let’s say, if 50 percent is the response to the open offer, the whole transaction probably would require about anywhere between Rs 180-200 crore. That is the total consideration required to do this transaction. The shortfall is only about 50-60 crore and we have tied up with couple of lenders. That is all in place; the financing.

Reema: Why have you made the acquisition? What does Phoenix Lamps bring to the company as well as for the consolidated entity now, how will the revenues margins in earnings per share (EPS) look like? Will it be EPS accretive?

In terms of the strategy, Suprajit is a leader in the cables business and we have been not only the largest cable maker in the country in the two-wheeler segment, we are the probably largest in the world. We have also had marquee customers within the automotive sector.

Phoenix Lamps are again market leaders in their product. So, Suprajit has been in the lookout for a proper fit to add to our product range and halogen bulbs, after much discussion and debate, we found are a perfect fit. If you look at their customer profile, it very much matches with our customer profile. There is a synergy and in terms of product, it is again a proprietary part and is a market leader by far in India having significant market presence across segments in two-wheelers, three-wheelers, four-wheelers, Light commercial vehicles (LCVs), Heavy Commercial Vehicles (HCVs).

With more than nearly 60-65 percent of the business is coming from exports to Europe. If you really look at it on a combined basis, it looks as a perfect fit for us. A company which has been a single product company generating significant margins and cash is now getting an additional product into a product range, which again has its significant market share, significant business segment and very good profit margins.

From an overall point of view, it is a perfect fit for both the companies and we think that together this would make it another milestone in the Indian automotive components space where Suprajit will grow as a company aiming at getting more and more products into the market and get the larger pie of the customers purchase.