Rahul Keshav Patwardhan, CEO, NIIT, expects the company to do better on the bottomline next year. He also sees USD 190 million revenue visibility over five years.

NIIT has won a repeat order from Norway’s international energy company called Statoil. This is a training services contract for 5-10 year period.

Rahul Keshav Patwardhan, CEO, NIIT, expects the company to do better on the bottomline next year. He sees USD 190 million revenue visibility over five years.

Below is the verbatim transcript of Rahul Keshav Patwardhan's interview with CNBC-TV18's Reema Tendulkar and Sumaira Abidi.

Reema: Can you give us the size of this Statoil order win? 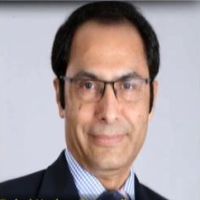 A: We don’t disclose financial numbers around specific deals, however, what I want to emphasise is that this is a renewal of a five year deal for another five plus years. Number two, it was in competition with every single serious player in the outsourcing space for trading and most important is the CISCO contract. Earlier we were involved in a few towers of training outsourcing. Now this covers the entire stack of all training outsourcing domain.

Sumaira: Can you help us understand that since this is a repeat order what is the kind of margins that you enjoy on this and since it is now bigger in scope how much could be an upward revision here?

A: Again we don’t disclose margins on specific deals, however, we have given our outlook guidance for the CLG business as a whole. We do expect to continue to clock 15 percent upwards revenue growth for the business, and on margins for the business we continue to provide an outlook of 12 percent on EBITDA.

Reema: Is it possible to give us a sense of what the total order book of the company stands at now after this as well as the pipeline?

A: We disclosed a number called visibility which is not exactly equal to order book because this business tends to have a lot of MSA contracts where we get a lot of SOWs but not necessarily hard coded in terms of committed value into the future. So, when we closed in our annual report two weeks back we had reached 119 million of visibility and this would add substantially more to that.

A: It is USD 190 million which is visibility over the next five years.

Reema: Also if you could just help us with a general question about the company’s operating level performance because you are making losses at the EBITDA level as well as at the bottom line at least in Q4? For FY16 when can we expect a turnaround?

A: As we indicated in our investor meet last week the CLG business, which is the corporate business which involves the deal which I have talked about we are expecting to grow at 15 plus percent on the topline and an EBITDA margin of 12 percent as we have been doing in the pat.

On the SCG business which is our skills and carrier business we are clearly expecting to be back to growth and back to profitability, we are not giving a specific number for that, but that would be a big change from the trajectory of the business in the last three years and the private schools business which is our third business we expect to be growing at greater than 10 percent on topline which is greater than 10 percent EBITDA. So, overall the company will clearly be doing much better on the bottomline for the coming year.