In an interview with CNBC-TV18, Sequent Scientific's CEO, Manish Gupta said the company is focusing on its inorganic growth strategy and formulation of research and development (R&D) for Alivira in FY 16.

Sequent Scientific's focus is on investments and valuations and not just profitability in the current year, the company’s CEO Manish Gupta told CNBC-TV18.

Gupta said the company is focusing on its five year vision plan with emphasis on inorganic growth strategy and formulation of research and development (R&D) section for its veterinary subsidiary, Alivira.

The management, in last two years, has strengthened its balance sheet and raised over Rs 400 crore for Alivira. Last year, the company divested few of its businesses and acquired one in Italy, Gupta said.

In FY16, Gupta expects 20 percent plus growth as well as Rs 100-150 crore capital expenditure (capex), for which no additional funds need to be raised. However, profitability will remain under pressure, he said. 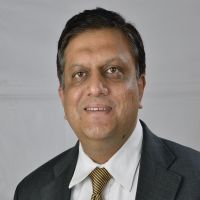 The company plans to investment in R&D in countries like India, Turkey and Africa in mid-term, he said. There are plans to invest in US and Australian markets without return expectations for next three years. Gupta said the company is also looking at strategic acquisitions in Australia and US.

Below is the transcript of Manish Gupta’s interview on CNBC-TV18.

Q: Talking about your margins - in the quarter gone-by, you reported earnings before interest, taxes, depreciation and amortisation (EBITDA) margins of close to 15 percent - a good improvement compared to what you have seen in the last many quarters. In FY16, will the margin profile continue to improve?

A: Before responding to your question, let me put a perspective to Sequent Scientific because in Sequent we are playing a five year vision and measuring us by quarterly performance will not be appropriate. About two years back, we had embarked upon new strategy of creating a global powerhouse in the veterinary business and that lead to some significant course correction measures over the next 18 months wherein we divested businesses, closed down certain parts of business and also acquired something in Turkey.

Having achieved the first round then in the last six months, we have gone about focusing on strengthening our balance sheet which we did through infusion of cash or we did a qualified institutional placement (QIP) couple of months back by which we raised Rs 400 crore to fund our both organic and inorganic strategy in Alivira. We also consolidated our ownership in Alivira by buying out minority shareholders. This we believe have completed our phase one of the vision.

Therefore, coming to performance, we should not be judged on our quarter on quarter performance because we are playing in a regulated market, which takes time to build-up but our last quarter performance wherein we achieved about 14.8 percent EBITDA, would be a good precursor of what you will see during the year.

Our board has a clear mandate to us that we are not focused on profitability in the short run but on value creation. However, in anything that you do in a business like pharmaceuticals, it takes time and you have to invest upfront. Therefore, our focus for next two years is on investments and not so much on profitability.

Q: Is your course correction over. Will you remain in the black in the coming quarter and years?

A: Certainly. All the measures towards course correction have been completed and now it is about growth and towards that it will call for significant investments, so our profitability, while it will continue to be under pressure but we will be in the black.

A: Not at all. Those course corrections measures, the inventory corrections towards businesses, which we discontinued and not the continuing operations. Therefore, there are no one-off going forward.

Q: Can you give us more numbers. You said that you are going to focus on growth through investments and you recently raised Rs 400 crore through QIP. What is your capex plan for 2016, 2017 and will you have any more fund raising?

A: In terms of fund raising, we are done as far as our medium-term vision is concerned. Most of these funds will be used for two things. First one is the inorganic growth strategy wherein we want to take Alivira into more and more markets. Secondly, investing in formulation research and development (R&D), which is something that Alivira had not done in the past. Alivira is our veterinary subsidiary and that's where most of the investments in R&D will occur going forward.

A: It's a difficult number to give because our strategy is continuously evolving and so is the regulatory framework in the veterinary space, but my initial expectation is in the region of Rs 100-150 crore.

Q: On an annual basis in 2014 and 2015 you did not show any revenue growth though there was significant correction at the expenditure level and therefore, you should profit in FY15. How will FY16 look?

A: The revenue didn't grow because certain businesses were divested, there were certain revenue growths and having said that we should be back to 20 percent plus growth rate during the current year.

Q: Is that a compound annual growth rate (CAGR)? This 20 percent is a run rate you can forecast for the next few years?

Q: Can you throw some more light on the plans for Alivira. You were telling us that you are looking to take it into more markets. Which are the markets that have potential and what could the growth look like for Alivira in the next year?

A: The growth rate of Alivira will be more or less replicated or will be a replication of Sequent's growth rates. Having said that, Alivira will see significant investments in R&D. Our medium-term growth will be driven by emerging markets which is India, Turkey and Africa while we will be investing in US and Australia, which will not translate into any dollar revenue for next three years.

Q: You see a seminal improvement after three years?

A: That is where our labour will bear fruit and that is when we expect a significant ramp up in our revenues.

A: I would say inorganic is part of our strategy. We will have two types of acquisitions - most of it will be strategic acquisitions which will be in the markets that we like which is US and Australia and there can be certain opportunistic transactions which can be a bolt-on acquisition.

Q: For that you may have to raise capital?

A: No, we are already funded.