The current price is only for small quantities and the first harvest of the season, says DP Maheshwari, MD and CEO of Jayshree Tea. A chief worry for industry is the rising production costs of Darjeeling tea, says K Datta, CMD of Andrew Yule.

The high prices seen in tea will not last long, feels DP Maheshwari, MD and CEO of Jayshree Tea.

The current selling price is for small quantities and the first harvest of the season, Maheshwari clarifies.

Speaking to CNBC-TV18, he said that the company has received a good price for tea from overseas markets. However, the type of demand normally seen for the March crop of tea, after Easter, isn't seen now.

In the same interview, K Datta, CMD of Andrew Yule, agreeing with Maheshwari, says the fancy high prices are only for small quantities of tea.

A chief worry, accoding to Datta, is the rising production costs of Darjeeling tea. He is not too happy that Nepal tea is being passed off as Darjeeling tea and sold in the market.

Below is the verbatim transcript of DP Maheshwari & K Datta’s interview with Reema Tendulkar & Nigel D'Souza on CNBC-TV18. 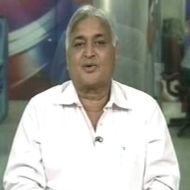 Maheshwari: It is confirmed that these prices that you are quoting, for some quantity; these are all very small little quantities 10 kilograms, 20 kilograms, 40 kilograms per invoice. It is nothing new, you see South Korea, Taiwan, even France and there are fixed buyers who have got fancy for first class tea and they do buy.

However, a question of sustaining this type of prices does not arrive. These prices are never sustainable. The thing is there are buyers who have got fancy for the new season tea. The first invoice, first New Year they call it and for that they do pay very fancy price but it is for a very small quantity.

Reema: You are saying that this Rs 10,000-15,000 per kg is only for a very small quantity and that is also for the first tea of the season. What could be the average price for the entire season?

Maheshwari: Entire season, for Darjeeling, if you can get a price average at Rs 550-600 you have done quite well.

Reema: What was it last year?

Maheshwari: Last year also was something like that depending on location of the garden, type of tea they produce.

Reema: Just on an average to understand how this year’s season will compare to last year?

Maheshwari: I would say whatever prices we have received are good, positive. I must caution you sometime more, normally by this time, because Easter is over, we will have quite a bit of demand, not at the prices what you saw of Rs 10,000-15000 - that is different segment but the bulk buying segment normally will have quite a bit of demand lined up which I don’t see now. I am not saying that demand is weak or prices will be weak. I am positive that prices will be more, but the type of demand normally by this time that we see is not same now.

Nigel: What is your take? You have a fair bit of exposure to Darjeeling. You have seen the prices move up. How much have they moved up by and do you believe that it is sustainable for the remainder of the year? Could you give us a like to like comparison, an average price for this year in comparison to the next year? Maybe not 10-15 percent, but at what level do you expect it to stabilise?

Datta: Mr Maheshwari has tried to explain it quite well. What we were talking about that price, the fancy price, the Rs 10,000-12,000 per kg is literally for a very small quantity. Every year this thing happens. Last year, I will put it in this way, in auction, there are two types of sales, there are private sales, there is an auction, which is a bulk quantity auction. Auction actually has literally dropped, has dropped quite substantially. It was around, if I can recall what the price was, I do not have the data, but it is hovering around Rs 350 average, for the year auction average.

So, this year, what will happen, it might increase, every year, that increase average price in the market increases little bit, but we are yet to see where it goes. It maybe Rs 30-40 per kg, but that is not much whereas the cost of production of Darjeeling tea is going up in multi-fold with increase of the labour cost and other input cost. So, it is a matter of concern and the biggest concern is a lot of tea produced in Nepal is being now sold as Darjeeling tea and this is a major concern for us. Even the foothill of Darjeeling, it is into us, some gardens, they also use that Darjeeling trademark and try to sell. So, we have to keep our fingers crossed. We expect that the market we always wait, that price will go up; otherwise sustainability will be a question.

However, privately, some people are getting better price, but people like us, where we mostly go to the auction, we are not very happy with the price situation in Darjeeling. Many a times, what I have seen that Darjeeling is a premium quality, but Assam tea, sometimes gives better price than Darjeeling tea. That is a matter of concern.

Nigel: When exactly is this Assam tea auction going to take place and is it a far larger quantity?

Datta: Tea auction is every week.

Nigel: But the Assam tea auction that you were talking about?

Datta: Assam tea auctions, Dooars tea, Darjeeling tea, everything goes every week. Whatever you produce, that goes to the auction. And some people like Maheshwari, they sell their tea on private, there is a private channel, like Lopchu. Lopchu is one brand of Darjeeling which has never come to auction.

Reema: So, based on what we can understand, you are saying that yes, prices may go up, but just by what Rs 40-50 per kg maximum, so the best case is Rs 40-50 increase per kg for this season. But the costs have gone up a lot more and therefore the viability of tea producers would be come under question?

Datta: It is always, Darjeeling is really the pain. Basically, as far as Andrew Yule is concerned, we have only one garden. There we produce over lakh of kg, but we have other gardens which take care of the load of the Darjeeling garden, but as Mr Maheswari said, if we can get a price of Rs 500-550 per kg, we are happy.

Nigel: You were looking to produce some amount of green tea as well, will that help realisations?

Datta: Yes, we are starting our factory where it is nothing new.

Nigel: Out of your total production, how much will be green tea sales?

Datta: Green tea we are not only produce in Darjeeling, we will produce in Dooars also. So, Darjeeling quantity, you start with 20 percent my quantity we will try to sell to the country.